World of Media: How young people want their news, Levis hands US account to UM, the rising threat of Amazon

A new report commissioned by the Reuters Institute has discovered what Gen Y and Gen Z news consumers want from news content. The report was researched by strategic consultancy, Flamingo.

Young people want traditional media to be more accessible, more relevant and more entertaining but they are clear that they don’t want news to be dumbed down or sensationalised,  Matthew Taylor, report lead for Flamingo, told WARC.

“This will be a difficult circle to square but there are a number of emerging examples from brands like the Guardian and Vox of podcasts or interactive explainers which are achieving this balance,” he said.

A key finding was that many respondents felt put off by relentless negativity, false balance, and a sense of impotence. Giving readers a sense of how they can have a stake in the outcome could help this.

For the full story, check out WARC.

Advertising trade magazine AdAge is reporting that Levi Strauss & Co. is moving its US account from OMD to the Interpublic Group’s UM.

OMD has held the account since 2008. UM will now handle all buying and planning responsibilities for the Levi’s brands in the U.S., Canada and Latin America.

Levi’s spent approximately $79.9 million on measured media in the US in 2018, Kantar reported. FCB, meanwhile, is still the creative agency of record for the clothing brand.

Fake news struck again, as two international media outlets were fooled into running stories this week around Canadian immigration, both of which were proved to be untrue.

The first one saw a British tabloid falsely report that a convicted child killer could secretly be sent to Canada, while the second was a story around 100 000 Palestinians finding refuge in Canada, published by an Israeli publication.

How agencies can prepare for AI 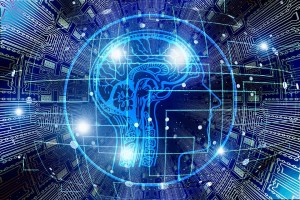 Artificial intelligence (AI) is one of the major buzzwords in the media world today, with all stakeholders talking about how best to implement it, along with a slew of other digital advances (think machine learning, VR, AR etc.).

A piece from David Thornton explores how agencies can best prepare for incorporating AI into their work, with the key takeaway being that they need to build a robust data team.

A sentiment that was similarly stressed at the recent Pan African Media Research Organisation conference, as well as this week’s Leaderex event, is that not just anyone in a company should be analysing and handling data; it takes a certain type of qualified person to gain the best insights out of all the data.

Amazon rising; a threat to Google, Facebook, agencies and ad-tech 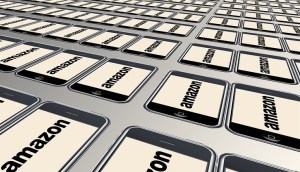 A new report from Forrester Research has highlighted how Amazon’s growth into a digital advertising giant is a major disrupter, and identifies the other industry players who will be affected by this move.

They include Google and Facebook who will have to adapt their approaches and offerings in order to counter Amazon rising.

However, media and ad agencies will benefit from Amazon’s emergence as a third major digital ad platform, although they must develop expertise in running campaigns on its properties.

The US’s National Football League has struck a deal with Reddit ahead of the new season. The Wall Street Journal has reported that the NFL would not be paying the network a fee, but would share revenue generated by sponsorships for the videos it hosts.

The WSJ said Reddit Inc. would host a series of Ask Me Anything discussions on the platform as part of a broader content and advertising deal. This would include current and former NFL players, executives, team personnel as well as famous fans. A series of videos would be produced by the NFL to be distributed on Reddit as well as the organisation’s social media channels, website and cable TV.

The WSJ has the full story here.

Watch Out For This Woman. That’s the message from a new campaign for Alibaba’s 2019 global conference on women and entrepreneurship, created by BBDO and Energy BBDO Shanghai.

The campaign “puts a positive spin on a line used to defame Anita Hill in her landmark 1991 sexual harassment case against US Supreme Court judge Clarence Thomas”, Mumbrella Asia reported.

The campaign will also be showcased at Alibaba’s The World She Made conferences scheduled to be held in Sydney, Jakarta and Tokyo. The campaign includes a brand video and eight prints of different stories of women who defied convention.

Mumbrella Asia has the story.