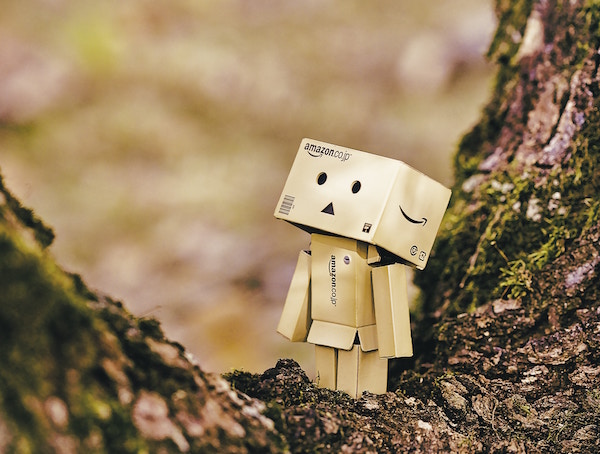 Photo: Amazon ranks as the third most important seller of digital advertising globally/Unsplash

Most of the media industry’s largest companies operate in ‘two-sided markets’ – platforms that maintain relationships with two distinct groups, consumers and marketers, each of which provides the other with benefits.

These media owners provide an environment for consumers to access content, which then give their attention to marketers. Media owners are careful to balance the interests of both groups of constituents, although this balance can vary significantly.

The purest of these ‘two-sided’ companies are media owners who rely primarily on marketers to fund their operations, including most of the radio industry, free-to-air TV networks, Facebook, Twitter and Snap.

Two-sided markets are still at play in instances where media owners look to balance advertising revenue with directly or indirectly generated revenue from consumers. This is true for the magazine industry and ad-supported pay TV.

However, there are other media owners who depend primarily on revenues that are more directly related to spending by consumers and if advertising suddenly no longer existed, their core businesses would not meaningfully change.

These companies’ potential (or actual) indifference to advertising can enable them to approach investment choices, prioritise resources and otherwise make decisions with a heightened consumer focus, at least relative to the aforementioned companies balancing the needs of advertisers and consumers. This is important because these companies have an outsized capacity to influence expectations on the rest of the industry.

Media owners in two-sided markets must sustain their existing dependence on advertising revenue and navigate the product trade-offs they’ve made, heavy ad loads, use of consumer data for a third party’s benefit, etc, while also evolving with the consumer expectations increasingly shaped by their competitors in the one-sided markets.

Consider Amazon. With around $9 billion in ad revenue in 2018 and perhaps $13 billion during 2019, Amazon ranks as the third most important seller of digital advertising globally, after Google and Facebook. And yet, advertising will represent only around 5% to 6% of Amazon’s total revenue.

To be clear, Amazon is investing heavily in establishing itself as a media owner, but its motivations for doing so and its options are different than those of its competitors. A primary motivation for Amazon is to continually capture a larger share of consumer wallets. It does this by spending on features that consumers care about, such as fast shipping and low prices. High-margin advertising revenues help subsidise both.

However, if advertising growth depended on sharing data that pushed some privacy boundary the retail side of the business believed to be too far, the company would undoubtedly choose not to share the data.

Prime Video, for example, seems unlikely to ever have much advertising.

Prime Video helps reduce churn among subscribers to Prime, who in turn buy more products from Amazon’s retail operations. Decision makers likely believe that including ads on Prime Video would not provide enough revenue to offset the lost value for Prime subscribers who would be put off by having advertising on the service.

If Amazon has a unique perspective on the ways that marketers could work with them (to support both parties in the long run), the company might be better positioned to invest in related initiatives versus its most direct competitors.

Netflix provides a more extreme example of indifference to advertising because it has essentially none – and it is unlikely to ever have any in the company’s current form.

As a result, when we think about the direction Netflix might move and how it may invest, we can think solely in terms of it spending money on content and physical distribution (for easier access via program guides, TVs and other electronic device interfaces).

This would be focused on getting more consumers to spend more time with its content. On that dimension, the company potentially has significant room to run, with more disruption for traditional owners of video-related services yet to come, and Netflix can deploy its significant resources toward ever-larger content investments, at least for as long as we can see into the future.

Why Netflix is important to the advertising industry

This is what makes Netflix so important to the advertising industry.

Its heavy content investments allow the company to capture audience attention, thus causing incumbent TV networks to respond by investing more heavily themselves. Netflix is also forcing incumbents and competing streaming services to think twice about ad loads – or about including them in the first place.

If there is an advertiser benefit tied to the rise of Netflix, it’s likely to be higher quality content and less clutter on ad-supported media.

But the downside to date is declining viewership with the incumbents, especially with younger audiences, constrained advertiser reach to consumers and, at the same time, scarcity-driven price inflation.

The establishment of consumer-friendly services can’t all be bad news, and eventually ad-free content’s share of consumer time will top out. And even at substantially higher levels of consumption, will it necessarily harm the industry? The presence of ad-free media owners will not necessarily mean weakness for ad-supported media owners.

Media owners of all types will continue to innovate if they have a vision and access to resources. Not caring about advertising can be helpful if it means the media owner is finding novel ways to engage with consumers.

Advertisers can then find novel approaches of their own to capitalise on the trends the indifferent media owners identify, and they should be better able to deepen relationships and make more of a difference to their customers as well.