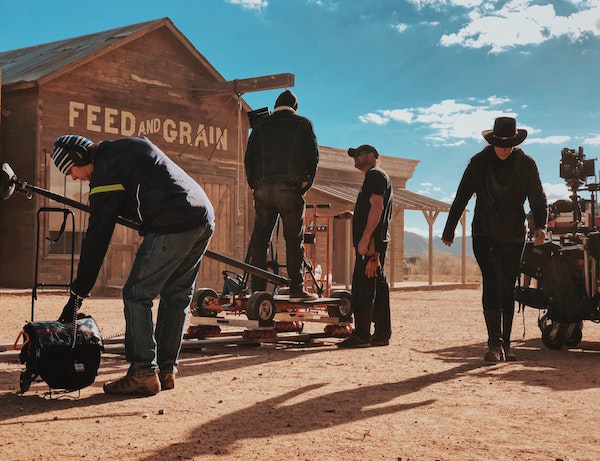 The year 2020 was supposed to be a big one for the creative economy, with the Summer Olympics in Tokyo and a new James Bond movie among the highlights in a packed cultural calendar.

Coronavirus had other plans. As the virus spread, the ripple effects on creative industries around the world soon followed. Concerts, festivals, sports tournaments, movie launches, fashion shows, stage productions, film and TV shoots and album releases have all had to contend with delays, postponements and cancellations.

Many of these sectors are now in grave danger, which is having a devastating impact on our cultural fabric, local economies and those who work in these industries.

For example, the performing arts were one of the first to close their doors and are expected to be among the last to fully reopen, leading to an immense destruction of value and livelihoods. In the UK, theatres employ 290 000 workers; in the US, Broadway is a $1.8 billion industry. Cinemas are facing a 2020 with practically zero revenue and many operators are shutting down screens in anticipation of a difficult few months ahead – and very likely much longer.

The sense of urgency is palpable, with high-profile leaders across the creative spectrum calling for greater government intervention and spearheading campaigns to support unions and associations in providing relief to out-of-work members. The precarious nature of jobs in the creative economy, the unique challenges of the crisis, and the slow response from society has created a real need to reconsider how to better value and protect workers in these sectors.

Jobs in the creative economy

The emergence of Covid-19 could not have come at a worse time for the creative economy. The sector has spent the better part of the last two decades trying to adapt to disruption caused by the internet, which changed the ease and means of production for content while massively decentralising its distribution, affecting jobs and incomes in the process.

The creative economy often relies on freelancers, self-employed people or those working for micro-enterprises. In Europe last year, more than 30% of workers in cultural sectors were self-employed, compared to a little more than 10% for the wider economy.

These forms of work are more precarious than standard employment. According to Eurostat, 75% of the cultural workforce in the EU-27 was employed on a full-time basis in 2019, while the share of full-time employment across the whole economy was 81%. In other words, it is more likely that those contributing to creative industries need multiple jobs to meet the cost of living. Active employment frequently goes from contract to contract, with pay and conditions varying dramatically. Workers are constantly “hustling” for their next job, a process that depends on interpersonal connections and continual refinement of skills.

It can be hard to value in economic terms what contribution these different enterprises each make to the global economy, but each one plays a critical role. Indeed, the entire creative economy is interdependent, with cultural products by their nature relying on inspiration from every corner of society. If one part suffers, the whole is weakened.

The unique challenge of Covid-19

The interdependent nature of the creative economy may help it flourish in normal times, but it means it is also uniquely vulnerable to a global health pandemic.

Precautionary measures like mandatory quarantines and travel restrictions turn what were once global cultural attractions into smaller, more local affairs. They constrain the face-to-face contact that creative workers have traditionally maintained to build and curate the professional networks they need to secure employment or collaborate with others.

Restrictions on mass gatherings limit the prospects for workers to find employment. At the point of production, for example, fewer people are allowed on site to shoot movies or record music. When it comes to distribution, most cultural venues around the world closed early in the pandemic. Those that have reopened have done so with reduced capacity, limiting both ticket revenue from the public and the opportunities available to artists and creators to showcase their work.

Finally, the nature of the pandemic is that it is globalised. Some countries may have fared better than others, but millions around the world are dealing with reduced earnings, loss of employment and a fall in economic activity.

Advertising income – which contributes to the cost of content production in many media sectors – fell everywhere in the first part of the year, even though a recovery is emerging. Investors are focusing on safer bets: would you finance a movie, if you weren’t sure that it would ever be shown in a theatre?

Research highlights the impact on the creative economy. In the UK, a major hub, performing arts are expected to be the worst hit, with a potential loss of up to 61% in turnover this year. The same is true in Germany, where – alongside music and film – the sector is bracing itself for a loss in turnover of between 35% to 75%.

All this said, in some respects coronavirus has created an opportunity. The creative economy has always been at the forefront of technological adoption, so was able to adapt quickly to the pandemic to reach audiences in new ways, for example in music, film and sports. Gaming appears to have gone from strength to strength during the crisis.

Many also believe that Covid-19 has forever conditioned the public in favour of online media, even if there is a risk that the biggest companies and technology platforms benefit most from this shift. This could be compounded by the dual threat-opportunity posed by automation to creative processes, especially when considering that ownership of technology is concentrated among a handful of large firms.

Despite the gaping hole that a shutdown of cultural activities created in society, it has been difficult for policymakers to help the creative economy through the pandemic. This is because the non-standard forms of employment commonly found in creative industries are harder to assess and qualify for income or business support measures.

Support schemes specifically tailored to workers in creative industries have been rare; structures for income replacement or business guarantees have tended to be included in general economic recovery and stimulus responses. Furthermore, governments have found it easier and faster to funnel subsidies and grants to organisations, rather than directly to workers. Many people have struggled.

This is why the private sector was behind many of the first responses, with leading industry players establishing emergency support schemes for artists and crews. In the music industry, for instance, the ‘big three’ record labels, Sony, Universal and Warner, each developed relief efforts that combined charitable giving with royalty advances, fee waivers and virtual music festivals to raise money. The IFPI (International Federation of the Phonographic Industry) has a detailed tracker of the 160+ organisations and companies that are involved in wider initiatives around the world.

Similarly, the Motion Picture Association has collected examples of direct aid provided by some of the biggest studios and streaming platforms. Netflix, NBCUniversal, ViacomCBS and others have established hardship funds worth millions of dollars, and in some cases have even donated personal protective equipment, or supported campaigns communicating public health information.

There are numerous other case studies from across the creative economy of how unions, the private sector and governments have reacted to get through the crisis. The OECD has a comprehensive list of measures, investment incentives and other programmes designed to address the specific needs of these communities.

Fundamentally, however, more must be done to recognise the importance of the creative economy to our lives. Ideas have been put forward for how we could redesign social structures to better value the contribution of artists and creative workers in society. These include direct stipends, administrative support, subsidies for real estate and skills transfers, as well as incentives and facilitating mechanisms for those who shift to locally sourced culture.

The show will go on for the creative economy – but it’s not too late to rewrite the script.

This article originally appeared in The National.