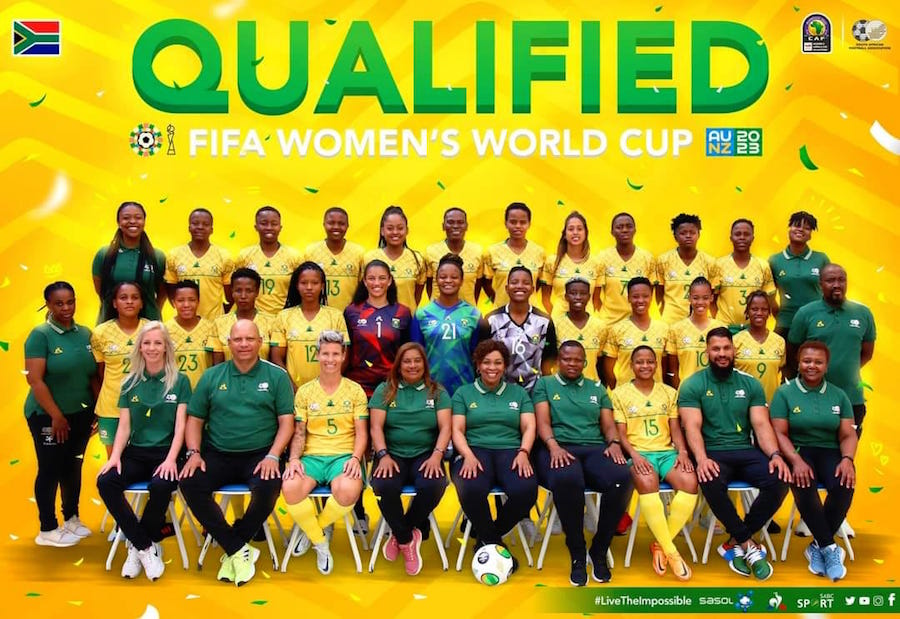 A seven-day Acumen Media Report by Tonya Khoury. I’m writing this with the help of the sunrise as my light and coffee made with cold water … hey, in some countries, that’s the norm. The sunrise is beautiful. Sunrise over a beautiful dune that cuddles the ocean as she breaks across its edge. It has not been an easy week, neither for me nor for the media.  Let’s scratch the surface with Acumen Media (you better have subscribed to YouTube – feel like a broken record).

Ok, really hold up, what did I just read and watch #DoubleTake SA?

I was gripped early in the week – eyes glued to the screen as the #SenzoMeyiwa trial unfolded. I could not believe what I saw. An advocate swearing at a judge and accusing our seated president (I did not say sitting) of interfering in the death of #BafanaBafana’s superstar. In the courtroom, a sacred, but far from holy place, where the task was to find the killer of our #Senzo. #AdvocateTeffo stood up, accused the court and the president of harassing him, used a bad word and then disrobed in front of the judge. The judge asked him to substantiate his allegations and he said that this would be addressed in a “press conference”.

The gall of the man. The judge gave him a dressing down like no other. I don’t get this case, where our trauma is being politicised. It seems so easy to solve: all the people were in the room; we have a documentary for heaven’s sake and neither his girlfriend nor his best friend will ‘fess up about what happened. You can’t make this stuff up. Kelly Khumalo, in her “sensitive” way, said no one knew Senzo until he started dating her … #DoubleTakeSA.

Let’s check in on our seated president; how you doing, Cupcake? You’ve got that farm thing that won’t go away hey? Don’t worry, china, sit easy; 798 charges on the previous guy in your chair. You have about another 700 to go in my estimation and then there’s always sick notes.

#Mkwhebane and #DaliMpofu have teamed up, and guys, this is so obvious, ne? Wait it gets better, guess who’s going to give evidence in court? Jacob Zuma. The same man too sick to appear in court to face his own 798 charges is now going to testify on this one. I quote from IOL (I did say IOL), that the “country has been seized with the first criminal allegations made against a sitting head of state since the dawn of democracy”.  #DoubleTake indeed.

We are told that #ArthurFraser (the guy who gave #Zuma medical parole) bullied #Mkwhebane not to explore any route that might implicate #Ramaphosa. Yes, I saw you take a #DoubleTake. Such media mayhem, such spin, slagging off and slapping down and dripping with #DoubleEntendres – that’s our media. #DoubleTake? Rather a #DoOver

Then there was #Nzimande who bowed out as leader of the SACP, but not before he referred to the tired phrase #NineWastedYears under Zuma. He said they were not wasted at all, in fact there were many good things under #Zuma … yes #Blade, sharp and about to cut deep. This happened after a lifestyle audit that showed he spent an enormous amount on … underwear.  #DoubleTake indeed.

It seems #NhlanhlaLux was finally heard as the Beitbridge border patrol got an upgrade in security. I watched a journalist speak to a female officer tasked with keeping our borders safe. He referred to her as a  “young female”. It irked me, and I don’t know why, but in the next breath he turned to the only man among the three interviewees and said, “Now let’s get some sense from … ”.  After he had spoken to him, the journalist turned to the last woman and said, “Sisi you are so young; are you scared?” I have no words. #DoubleTake.

Last week we spoke about 24 coffins filled with the bodies of children. We still have only vague answers on how they died. We have one person arrested, but no answers … nothing. And then #TavernShootings started to trend. Double take, what now? Massacres in Orlando East, Katlehong, Pietermaritzburg, Inanda, Duncan Village and Mamelodi. These are regions the police refuse to enter because you don’t enter a war without an army. And it is a war. More AK47s than you can count against a feeble bullet-proof vest. I’ll check on that other place, maybe a mall or somewhere less daunting, somewhere that I can leave and  manage to get home to my children after my day’s work.

Shaking off his foreign-friendly narrative

I suppose I have to tell you about the #EFFPresser. #Malema calls for a #NationalShutdown and the nation shouts back; ja only on Twitter, though. Julius called for an end to load shedding and that everyone at #Eskom should be fired. He called for #FuelPrice reduction and end to #privatisation and an end to the huge #crime (pot shot at #Cele – yip – same WhatsApp group). He did not, however, mention #VBSBank. He also told us he backs Lux for Police Commissioner (ahem, I told you so). Look who is trying to shake off his foreign friendly narrative; we see you, Julius. We are still awake, here there was no need for a #DoubleTake. Funny story, after his tirade on the mic was done, the journalists had no questions for the CIC (on Twitter).

#NathiMthethwa picked #YusufAbramjee to deal with social cohesion, racism and GBV. Many called the irony card, but I’ve watched Yusuf. From Primedia to the streets. And that man right there will help you. Go on #MrAbramjee, make it good, sir. #Cosatu threatens the mother of all strikes and 18 SARS outlets are shut because of strikes. On we on the verge of a #TaxRevolt? Maybe not yet, but I’m going to call it.

South Africa will not be played and we will find out way through this political mess. We will not watch one #SASSABranch close in #Khayelitsha; we will not watch the only #SASSABranch in Khayelitsha be shut for renovation. #DoubleTake, thousands, and that’s not an exaggeration, thousands use this office for daily bread. If they can even afford that. Someone call an NGO. Are you there #ImtiazSooliman? We won’t let this happen.

Here’s good and bad news – I can almost see you smile. #Bafana left the Cosafa Cup and #BanyanaBanyana launch, with ferocity, as their opposition. Win after win! (Covid-19 and all). [And they’ve qualified for the Women’s FIFA World Cup.] Don’t you dare call us ‘sisi’ and don’t you dare ask if we are scared. We are South Africans and we are an extraordinary nation.

I’m running out of words so let’s make it snappy:

It’s Mandela month, what a joke; the same month that Sugar Ray Leonard’s belt was stolen from Mandela’s home.

There was a super moon and the sea is loud here in Sodwana Bay. Take the weekend off.  I insist.

My name is Tonya Khoury and this is this week’s Acumen Media Report.