LATEST NEWS
Home Advertising What does the ad industry know?

What does the ad industry know? 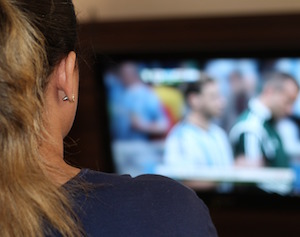 One of my friends, who is an extreme early riser, brightened my morning coffee by sharing Bob Hoffman’s latest newsletter – ‘Bewildering confusion among advertisers’ – with me. Bob Hoffman is the author of the provocative Ad Contrarian blog and of a book, amusingly entitled Marketers Are From Mars, Consumers Are From New Jersey.

The opening paragraph of the newsletter began, “You expect an accountant to be knowledgeable about taxes. You expect a lawyer to be up to date on the law. You expect an auto mechanic to know a lot about cars”. Hoffman then cites evidence from Thinkbox, in the UK, suggesting that advertisers are supremely out of touch, or in his particularly forthright manner “Advertisers don’t know s*&@…”

Thinkbox is the marketing body for commercial TV in the UK. It has just released a study TV Nation / Ad Nation: Attitudes, Behaviours and Motivations. Ipsos was commissioned to ask 800 nationally representative UK consumers aged 15+ face-to-face about their attitudes to, and use of, media, technology and advertising. Concomitantly they approached 300 members of the advertising industry online, asking them the same questions. In addition, they asked the ‘ad people’ to indicate how they thought the British public would answer – in effect testing their understanding of consumer habits.

The results among the general public, provided ample evidence of the importance of TV in consumers’ lives. TV was shown to be six times more memorable than the next medium, driving emotion, making people laugh and stimulating conversation. Trust in TV advertising was even shown to be increasing. TV viewing remained the preferred ways of relaxing for the British consumer and one of their favourite forms of entertainment. The importance of watching live TV actually appears to be is increasing, as it feels like more of an event. Viewers experience a real sense of anticipation around their most-watched programmes. Thinkbox hypothesises that the potential of social media to create a ‘spoiler effect’, encouraging viewers to watch in real-time.

Watching television on a TV set remained by far the most common way of indulging in this past-time, as it is seen to provide a quality experience. This picture was broadly true for 15-24 year olds, although they do have a wider device repertoire.

While this was all great news for TV broadcasters, the survey showed that the Ad Nation’s media habits differed considerably from that of average consumers. Thinkbox diplomatically attributed this to the industry’s uniqueness in being educated, upmarket, London-centric and time-poor.

The assumptions of ad people

Similarly, they are also twice as likely to have used Netflix or Amazon Instant Video than the average consumer. Even their choice of programmes were distinctive, with them being three times more likely than the average viewers to watch programmes such as House of Cards, Orange is the New Black and Mr. Robot on Netflix.

What is really disturbing in the survey is that not only do these ad people then assume that the general public shares similar habits to them, but they actually over project them onto the hapless consumer. Remember that the ad people believed that they spent about 24% of their viewing time on other devices? When asked how long they though average consumers spent on cross device viewing, they estimated it to 37% of their viewing time. The jolting reality given in the survey, based on a mix of BARB (Broadcasters’ Audience Research Board) and broadcaster data was that the actual figure is a mere 2%, of viewing time!

The ad people were consistently and wildly wrong in their estimated of how the average viewers spent their viewing time: they underestimated live TV viewing by 43%. Then they overestimated consumer time on YouTube by almost 300% and viewing subscription VOD e.g. Netflix by over 600%.

Fortunately, Thinkbox was able to report that these misguided ad people were, at least, in agreement with average viewers that TV advertising was the most trusted and most emotive medium.

This alarming divergence between ad people and consumers is one that is certainly similar in South Africa, where we look with Sandton and Constantia eyes at the Soweto and Khayelitsha consumers. It is a salutary reminder that we need to be extremely cautious of projecting our own habits onto consumers. It also underlines why the industry needs credible, reliable research that reflects the reality of our very divergent population.