LATEST NEWS
Home News Who’s made the media news? The top newsmakers of 2016

Who’s made the media news? The top newsmakers of 2016 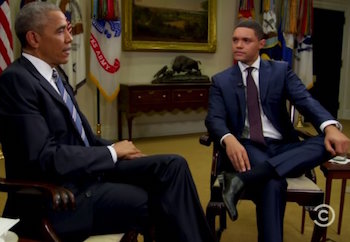 Another year has come and gone, where many people, companies, organisations and groups made headlines.

Here are The Media Online’s picks for the top media newsmakers of 2016, including those in the industry who made news and those who just made headlines. They are in alphabetical order.

Caspar Lee – British-born South African YouTuber and vlogger Caspar Lee certainly had a busy year increasing his presence across YouTube and various other social media platforms. From an impromptu carol concert for commuters in London to coming in at number 10 for the top selling calendars for 2017, Lee is one to watch in 2017.

Clare O’Neil – As CEO of the Broadcasting Research Council of South Africa (BRC), O’Neil was chiefly responsible in 2016 for the introduction of a brand new radio research system, BRC RAMS. With her enthusiastic, entertaining, and flamboyant presentation of the numbers at every event, O’Neil gave context to them. The BRC and O’Neil certainly ensured they stuck out from the rest of the news.

Gordon Patterson – News of his death sent shockwaves through the media industry. Remembered as a hard-working, dedicated, approachable media player, the industry will greatly miss his experience, contributions and opinions. When I first joined The Media Online, Gordon allowed me to shadow him for a day to find out how media agencies work. He didn’t know me, didn’t owe me anything, but gave me his valuable time (since he was involved in so many different things) to pass on his wealth of knowledge.

Jacob Zuma – When is Jacob Zuma not making headlines? 2016 was no exception as Nenegate, the continuing Nkandla saga, and his questionable relationship with the Guptas saw him enter the public’s line of sight on multiple occasions. Expect more of the same in 2017.

John Robbie – It seems that 2016 was the year of high profile resignations and retirements in the media industry. First up on this list (another three are mentioned below) was radio veteran John Robbie who, after three decades at 702, retired this month. This polarising figure (you either loved him or hated him) will be missed on air.

Justice Malala – This political analyst , journalist and author attracted attention throughout the year with his honest, oftentimes frank opinions of matters in both print and on his eNCA show, The Justice Factor. His interview with Finance Minister Pravin Gordhan in September at the annual Cape Town Open Book Festival was a particular highlight.

SABC – You knew the SABC had to be on this list, but this entry is a bit of a cheat as multiple people are covered in it. It is all the people who have been involved in the SABC saga. It began with the SABC 8, whose plight of being subjected to disciplinary hearings and suspensions garnered a lot of attention. The SOS Coalition then got involved and butted heads with SABC executives. Hlaudi Motsoeneng probably deserves his own entry as the self-proclaimed miracle worker dominated headlines, mostly for all the wrong reasons. Minister of Communications Faith Muthambi didn’t dodge the spotlight either, and most recently, the recently-resigned SABC board chairperson Professor Mbulaheni Maghuve caught everyone’s attention.

Terry Volkwyn – Having been at Primedia since 1986, it was inevitable that Terry Volkwyn would step away from the company at some stage. That time came this year when she announced she was leaving. While the winner of The Media’s Woman of the Decade award will remain with the group until the end of June next year, the announcement of her departure grabbed everyone’s attention.

Trevor Noah – Making South Africa proud, comedian Trevor Noah was named as the successor to The Daily Show’s John Stewart in America. The show has been a success with Noah at its helm. Aside from a new job, Noah also released a book, Born A Crime, which was well received. And, of course, our man scored an interview in the White House with outgoing President Barack Obama. What’s next for Noah in 2017? Only time will tell. But he probably won’t be invited to interview Donald Trump…

Trevor Ormerod – Another high profile departure from the media industry, this time it was Times Media Group’s Trevor Ormerod who decided to move from media to pursue another of his passions, aviation. The Media Online wishes Omerod the best in his new position at an aviation company.

Verashni Pillay – Last, but certainly not least, is Verashni Pillay who was named as the editor-in-chief of Huffington Post South Africa. Her experience which she gathered at Mail & Guardian is a valuable asset to her new company.