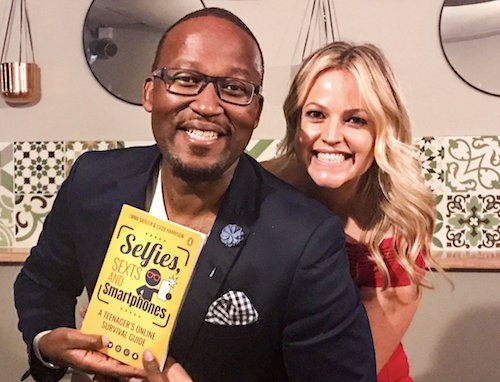 Social media law expert Emma Sadleir has written what she describes as the K53 of the smartphone world, a guide to safe online interactions for teenagers.

The title of the book, Selfies, Sexts and Smartphones, says it all, as the book is packed with information around the various areas of concern that parents and teenagers may face. From sexting and cyber bullying, to creepy people, legal stuff, privacy and a digital footprint, the book offers a comprehensive look into elements that endanger online dealings.

“I do what I do because I want to help the kids,” Sadleir explains. “When kids phone me and they’ve got all these issues and the kids really are in crisis. As adults to have issues on social media, the children have it a hundred fold. There’s a huge need and children are being neglected.”

Digital content is dangerous content is the main takeaway that Sadleir identifies from the book. “If you wouldn’t put it on a billboard, a picture of your face, your name and the name of the school you go to or if you’re an adult, the name of the company you work for, don’t let it exist in digital format,” she warns. 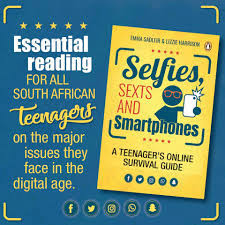 Another key takeaway is that while smartphones give you great power, with that great power comes great responsibility. While that sounds very clichéd, it sums up perfectly the approach that teenagers should utilise. The biggest problem with content posted on social media is that it stays there for eternity. While it may not have negative consequences today, it could come back and bite you in five or 10 years time.

Sadleir hopes that the book will increase the reach of this vital information, which she also includes in talks that she does, but which only reach a limited amount of youngsters and parents. Ultimately she believes it should be included in the school curriculum.

The most prominent topics

Every school will ask questions about cyber bullying and sexting, Sadleir reveals. “Very important for me is the online safety chapter, the stranger danger stuff … So many of the issues come when kids start chatting to people online, and in our day you knew who the dodgy people were, but now you speak to someone all day every day for eight months, you think you know who they are, you think you can trust them and you still have no idea who they are and people can pretend to be everyone,” she says.

For Sadleir, another important aspect is the online world versus the real world is, “Real world experiences are more valuable than online experiences, and the idea that children’s self esteem now is attached to how many people follow them on Instagram. For me, it’s a bit of a mad idea.”

While teenagers are the main focus of the book, Sadleir says parents should also read it and humorously states that they will be the ones buying it for their children, as which teenager would choose to read it themselves.

With technology advancing so rapidly, the social media platforms that youngsters are using today will not be the same ones in the next couple of years. Despite this shift, Sadleir stresses that the book aims to be platform-agnostic, so general enough to ensure that the information does not become outdated, while still delivering crucial insights.

Sadleir wrote the book with Lizzie Harrison who used to work with her. Harrison has an undergrad in neuroscience and is interested in how the brain works as well as children and children’s issues.

Having read the book and the topics that were covered in it, it is vital to have this sort of guide for the youth. If only one had been around when I got my first cell phone, but back then the online world was not nearly as complicated and treacherous as it is today. Sadleir wishes for every parent and teenager to read it, describing it as the K53 of the smartphone world. “Before you give your child the keys to a car they have to get a driver’s license. Before your child is allowed to own a smartphone, they’ve got to read the book,” she says.

The book is a follow-up to Sadleir’s first book, Don’t Film Yourself Having Sex. Sadleir admits that while this book contained some of the information that is in her new book, parents weren’t buying it due to the risqué title. It also wasn’t aimed directly at teenagers, while the new offering is.

If you are interested in picking up your copy of the book, it is available at all reputable book stores and online retailers.