According to research by eMarketer, Facebook is losing younger users faster than expected in the US, with an estimated 1.4 million choosing to leave the social media platform in 2017.

But experts in the local space say Facebook remains more popular than ever in South Africa. 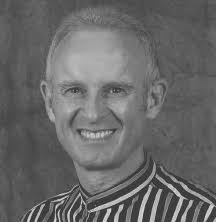 “Facebook is still growing rapidly in South Africa. The last number was 16 million users in the country, as of August 2017, from 14 million in 2016. Of those, 14 million are using it on their cellphones, from 11 million the year before. We’re certainly not seeing a slowing down in the coming years,” says Arthur Goldstuck, managing director of World Wide Worx. These numbers came from Facebook’s official advertising platform (The Media Online approached Facebook SA for comment and information for this article, but they chose to respond off the record).

“Facebook locally is experiencing the same kind of pressures as in other markets,” adds Toby Shapshak, editor of Stuff Magazine, including the impact of fake news.

Very much a US trend

Facebook losing younger users is very much an American trend, says Goldstuck, citing the huge appeal of visual social networks and instant messaging tools such as Instagram and Snapchat in the country. These alternative platforms have a very minimal presence in other markets, including South Africa, but in the US they are booming.

“The sentiment around Snapchat itself is driving the uptake of Snap and Snapchat itself. And Instagram is also growing at a rapid rate, being seen as the ideal place for brands to reach the younger market and influencers in that market to share brand messaging. There’s also a big buzz around Instagram in the US,” adds Goldstuck. 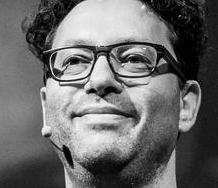 High data costs in South Africa limit the popularity of these visual mediums, including Instagram and Snapchat, from taking off locally. LinkedIn is another popular platform in South Africa, but it is less for younger users and more for older professionals and those moving into the job market. Shapshak (left) says Musical.ly is another popular app among the youth, but it has experienced its own recent problems with pornography on the site. WhatsApp is THE way that youngsters communicate.

Fake news remains a concern for social media users, and Facebook was hit hard by the phenomena, something which it has not fully recovered from. It is very likely to have been a factor in many younger users moving away from the social network. “Facebook hasn’t fully addressed its culpability for fake news and the impact it has on people’s sentiment. Younger users are far quicker to abandon a platform in which they’ve lost trust,” explains Goldstuck.

At the end of last year, Facebook revealed it was changing its algorithm to promote content from family and friends, ahead of branded content. This posed another problem for the platform as Shapshak explains: “Facebook has acknowledged that they’ve taken a hit in terms of their revenue because people aren’t spending as much time”.

One of the factors credited as to why Facebook was losing younger US users, was that they no longer see the platform as “cool” because in more instances they are sharing the space with their elders (parents, grandparents etc.).

“The youth not wanting to be on the same platform as the silver surfers is a factor,” says Shapshak, but Goldstuck believes it is only the really young users who are only starting to choose their social media platforms now that may shy away from Facebook, due to their elders being on it, but that this won’t have much effect on those already on Facebook.