True community radio with the largest audience in South Africa 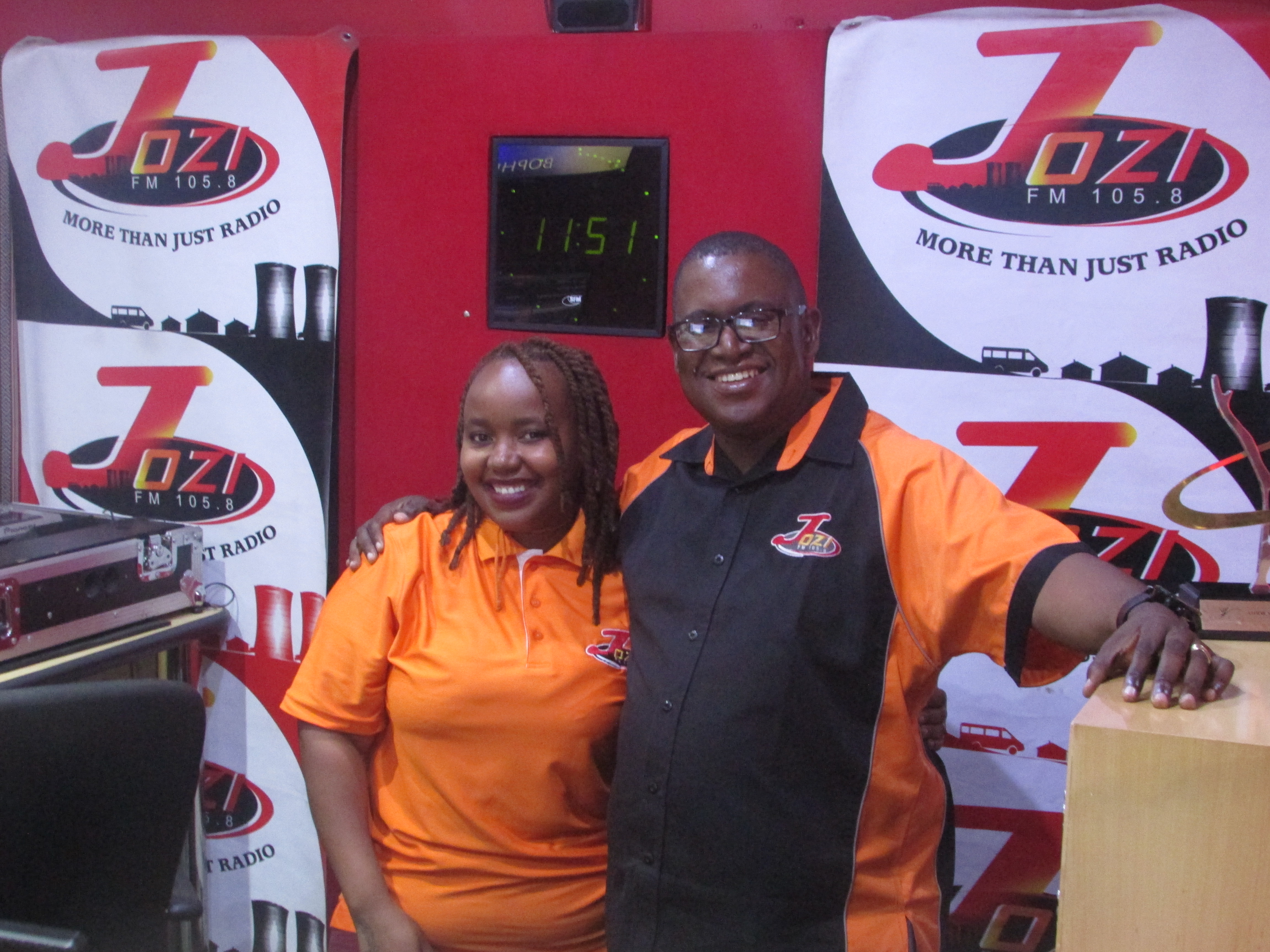 
Having just received a five year licence renewal from ICASA, Jozi FM continues to empower the community and its members, as well as to help local businesses grow.

With an engaged audience, having created a close knit family, Jozi FM is empowering the community it serves while employing over 50 full time employees. The station is also in the process of applying to expand its reach, though topographical challenges may limit this.

The power of radio

“People who listen to the radio and believe in it, you can tell them anything on the radio and they will believe it, and they will buy into it. Especially with the community stations, we talk about issues that people see every day so people feel much more attached,” explains Mpho Mhlongo, co-founder and CEO of Jozi FM.

The key to the station’s content is localising every story, explaining what it means for the average man on the street. This helps people relate to the station better, forming a deeper connection.

Jozi FM has been using a system called RCS for the past six years, which it pays R37 000 per year for, to offer guaranteed feedback to advertisers. “Once you invest in something like that, it’s because you want to assure the advertisers that we will deliver and we have systems to ensure that,” comments Mhlongo.

RCS allows advertisers to remotely check whether their adverts have been played on air. The system is now being upgraded to Acquirer, and the station has recently appointed United Stations as its national advertising sales arm. This is to supplement the internal sales team, which canvasses local businesses, with Soweto boasting the most number of shopping malls in South Africa. This mix of national and local advertisers puts the station in a great position.

Looking at the profile of the typical station listener, 25 – 34 years old is the predominant age category, with a 60/40 ratio of women to men, though it is difficult to profile a typical listener as Soweto is such a diverse and multi-faceted environment. A lot of people have also migrated from the township to the suburbs, but still listen to Jozi FM to keep in tune with what is happening where family still lives.

“All the radio stations in Gauteng target the same audience … We are just true to ourselves and more of a reflection of who our listeners are. Sometimes people think that if they speak better English, with a bit of a twang, then they get to be higher and listen to another radio station, but they forget they are a township boy and they’ve got township in them. Our audience is still real and true to themselves … and we understand what they want,” Mhlongo reckons.

Community radio is not unprofessional and amateur

Just like many other community stations, Jozi FM is continually trying to break the myth that this type of radio is less important than commercial stations.

“For years in South Africa there was a connotation that community radio means you are less professional, you are just an organisation to keep people busy. That’s what we’re changing, community doesn’t mean you are less important … Community just means who it is owned by, the community. When a person listens to radio they don’t differentiate between commercial and community, they tune into one that talks to them,” explains Mhlongo.

This is illustrated through various examples at Jozi FM, including lost IDs and Drivers Licenses being brought to the station, stolen vehicles being reported to the station even before the police, and a woman who was lost for 35 years being reconnected with her parents through the station.

Another challenge facing community stations is funding constraints, particularly ones in rural areas. “Treasury doesn’t have budget for community radio stations … That will be one area that will ensure the sustainability for stations,” comments Mhlongo.

A big event for the station, now in its third year, is the Durban Invasion, where the station promotes local tourism by taking listeners on a trip to Durban. “Allowing South Africans to experience South Africa”, this year’s journey saw 150 people participate.

Three other big events the station is known for are the Soweto Walk for Life, the All White Party, and the biggest Gospel Festival in South Africa.

Spreading the reach with digital

Not only does Jozi FM have a wide reach through traditional channels, it also draws audiences from afar on its streaming service. Listeners from Australia, the Arab States, and the UK all reach out to the station and Mhlongo says “even though they don’t come from Soweto, they are South African, and nostalgia makes them tune in to Jozi FM”.

The station was also the first community one to receive a place on DStv’s audio channel bouquet, extending its reach further. Social media is another big part of the station’s strategy, which facilitates more interaction with its audience.

Giving back to, and uplifting, the community

Jozi FM is heavily involved in CSI work, so much so in fact that picking which projects to be involved in, is a massive challenge. Ones that focus on empowering women, children and the elderly, and educational ones, are Mhlongo’s main focuses.

From giving tracksuits to youngsters, and assisting with funeral costs to school drives, and collecting sanitary pads for young girls, these are just some of the worthwhile ventures the station is involved in. Partnerships with local businesses, appeals to the public for donations, and station employee involvement in projects all form part of the station’s CSI work. And it’s not just limited to Soweto; charity projects extend across South Africa.

The station was founded 23 years ago and began as Soweto Community Radio, sharing a frequency with another station, before emerging as Jozi FM.

“We were pretty young then, and excited,” says Mhlongo, “but once you are in there you then realise the magnitude in terms of work, but before you are there you are just excited to start a station … It’s gone from being a youthful station to now being a formidable community station, the biggest in the country”.