The death of demographic targeting [part 2] 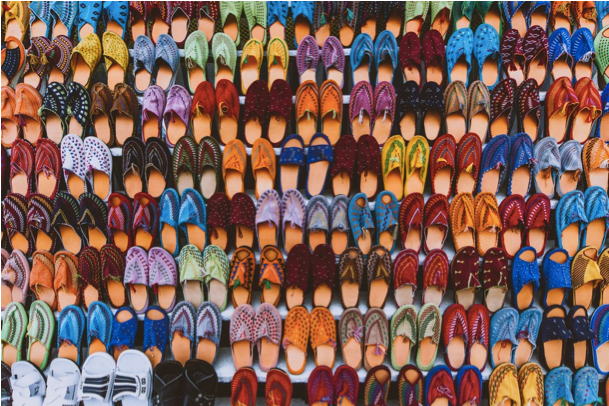 This is part two of three in a series where I explain my observations on the death of demographic targeting. Part one was just an overview; in parts two and thee, I delve a bit deeper into the topic.

The currency of collaboration

Let us forward to 2018 mid-year: The Marketing Association of South Africa (MASA) together with the Marketing Research Foundation (MRF) have released a statement stating they will release the much-anticipated MAPS research later in the year. The survey is positioned an equivalent to replace the AMPS (All Media Products Survey).

As a passionate media data analyst, I have to ask a few questions pertaining to this dataset. Will the it include interest and purchasing intent analytics? Will it measure brand sentiment and brand perception? Will the dataset also measure psychographics efficiently as TGI (Targeted Group Index) does? Will it be more robust and granular than AMPS?

The problem with media, marketing and consumer data in South Africa is that the owners of the data – who are mainly industry bodies, associations – fail to collaborate with each other. Every industry body, association and or council with funds wants to conduct their own research. I personally love data and believe the more the better, but there should be collaboration in order for reporting metrics and segmentation to be aligned.

What’s the use if we have all this information but it doesn’t speak the same language? Will MAPS data be comparable or interchangeable with say, for instance, the BRC RAM or PRC PAMS data? Currency data should move to collaboration.

A new world of segmenting

The new world of audience segmentation actually means moving away from methods of the past and adapting to the new. The industry should collectively move on to the new without comparing it to the old. For instance, why is the industry comparing LSMs (Lifestyle Standard Measurement) to SEMs (Socio-Economic Measurement) meanwhile we all know that the LSMs are and were flawed?

After attending a presentation by media legend Gordon Muller on LSMs vs SEMs segmentation at a recent AMASA forum, I couldn’t help but question the famous bell curve graph that depicts that South Africa as a middle-class country and so I decided to do some in-depth market research on our beloved country.

The World Bank defines poverty in absolute terms and describes it as living below $2 a day which is around R28 a day when converted to the rand. A 2014 study by the World Bank reported that 55% of the South African population lives below the poverty line, which means that around 30.8 million South Africans live on around R28 a day. The Gini-Coefficient of 0.65 as per Stats SA 2014 report makes South Africa one of the world’s most unequal countries. According to the 2018 Davis report, South Africa is a country where the wealthiest 10% of the population owns more than 90% of the wealth.

So I have to question, are we really a middle-class and middle-income country?

By SEM classification South Africa is a middle-class country predominately hence the famous bell curve. Again SEMs measure lifestyle and not income; being middle class doesn’t actually mean that you can afford middle-income products or services. A person from Soweto who by SEM definition fits the middle-class due to being close to a police station, post office, primary and high school lives in a three bedroom house that has a tile roof, built-in kitchen and water but who doesn’t have a car. This means that person can’t afford short term insurance, a tracker, regular service and short vacations, for instance.

As of July 2017, middle-income countries (MICs) as defined by the World Bank, are nations with a per capita gross national income (GNI) between $1,005 and $12,235. This actually means if you earn above R14 000 per month you enter the middle-income bracket. According to the Establishment Survey (ES) Jul-Dec 2017 around 71-74% of the total population has a household income of below < R10 000. ES also states that the average household income is around R9 500. The bulk of South African households are relatively not middle-income earners.

SEMs just like LSMs are inheritance inclined because a person can inherit the variables that will place in them in the Elite SEM 7-10 Cluster Group but that person cannot necessarily afford the products and services pertaining to the Elite Cluster Group. I can inherit the beautiful house in the suburb which is close to police station, post office, primary and high school with four bedrooms, three bathrooms, and tiled roof, built-in kitchen, water and borehole etc. from my parents as well as a car. This however doesn’t mean that I can afford short and long term insurance, private education, exclusive healthcare, frequent dining out and holiday destinations overseas, for instance.

So essentially, to quote , “play it as it lies” and using SEM cluster groups segmentation without an income filter is categorically lying by definition. When I look at SEMs just like LSMs, I notice more reasons why the heavy reliance on demographics for targeting is slowly being phased out, and targeting by interest, purchasing intent as well as consumer behaviour is much better in a data-led analytics and digital first world of today.

The death of demographic targeting!

Philip Kotler and Gary Armstrong’s textbook on the Principles of Marketing (11th Ed.) (2006) described the four methods of segmenting a target market (demographics, geographic, behavioural and psychographics). The rapid rise of the internet has given birth to a fifth method of segmenting a target market. The fifth method is called product-related targeting or product related segmentation, I call it targeting by interest or interest-related targeting.

For example let me use my favourite local football brand, Orlando Pirates. Orlando Pirates for the 2018/2019 PSL season will need to sell their new T-shirts to the loyal supporters and fans of the brand as well as get them to buy tickets for their matches. The target market for Orlando Pirates is not a demographic audience of males between a certain age group and income bracket or SEM Cluster Group, it’s actually people who are interested in sport, filtered to soccer, additional layer filtered to local soccer and lastly loyal fans and supporters of the soccer team.

Besides using demographics a premium car brand can segment its target market by using product related segmentation, behavioural and or psychographics. Although this is more effective through digital media than traditional ATL (above the line) media it does give a sense of how marketing and media in its core principles is changing.

When releasing or introducing the latest model the premium car brand can use Google searches to track interests and programmatic retargeting site placements to give further detailed insights pertaining to the audience and use web analytics to track behaviour. These would give three indications, firstly interest in the brand and the latest model, secondly the degree of loyalty towards the brand and thirdly purchase intent.

Regarding interest, I could be interested in the brand and the latest model but I currently can’t afford it. Nevertheless my interest indicates that I am an aspirational customer or that I am interested because I want to make a purchase. The amount of time plus the type of content I am consuming on their website could indicate my degree of preference and loyalty towards the brand as well as I can’t be loyal if I have never used the brand. Lastly, purchase intent actually does indicate that I am interested in purchasing an item from the brand.

In closing for this part two feature of a three-part series regarding the death of demographic targeting. Collaboration is needed currently more than ever due to the multiple datasets that are available since the demise of AMPS while SEM Cluster Groups give us insights on how the South African population lives and not on what they can afford. 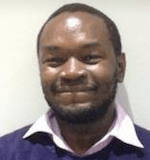 Nkateko Mongwe (@datainsights88) is a consumer, media, marketing and digital data analyst, and data strategist by profession. He has been at leading media owner companies in South Africa, accumulating experience in data, research and in-depth understanding of media and marketing strategy, planning, and insights. He is passionate about the quantifiable detail in decision making. Currently he is the Digital Data Analyst at one of the biggest media buying and investment companies in sub Saharan Africa