World of Media: Mastercard evolves its brand mark by dropping its name, social media giants gearing up to fight

Mastercard evolves its brand mark by dropping its name 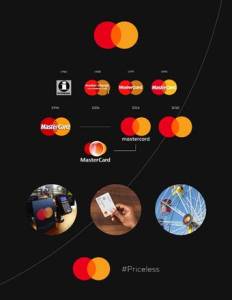 Mastercard is dropping its name from its iconic brand mark in select contexts. The interlocking red and yellow circles, referred to as the Mastercard Symbol, will now stand on its own across cards, acceptance marks at retail locations both in the physical and digital worlds, and major sponsorship properties.

As the consumer and commerce landscape continues to evolve, the Mastercard Symbol represents Mastercard better than one word ever could, and the flexible modern design will allow it to work seamlessly across the digital landscape.

The red and yellow interlocking circles have been the hallmark of the Mastercard brand for more than 50 years, symbolising the brand’s promise to connect people to Priceless possibilities. The instantaneously recognisable circles are a powerful symbol that bring people closer to their passions and give them the confidence and trust that their transactions are secure. 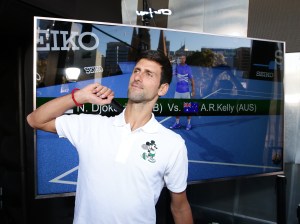 Novak Djokovic meets an avatar of himself in a computer game. Picture Andrew Tauber

PR, advertising and events agency, Believe Advertising, has been appointed by SEIKO, to manage publicity for the watch brand’s international surprise PR stunt with Novak Djokovic, held in Melbourne, Australia.

Novak Djokovic, the top-ranked ATP star, took time out of his training schedule to meet his most challenging opponent yet – himself. The world’s number one tennis star encountered a specially created, avatar of him, incorporated in a world first virtual reality computer game.

This is the third time Believe Advertising has worked with Djokovic initially creating for HEAD Tennis an event that saw Novak hitting a tennis ball faster than a speeding race car. The agency has also previously created and managed publicity for the international announcement of the world’s number one tennis player, being the face of SEIKO watches.

Leading up to the event, tennis enthusiasts battled it out at Melbourne’s Federation Square, playing the specially designed VR game with the top four winners having the opportunity to meet Novak, when he surprised them on stage, with the winners all receiving a limited-edition SEIKO Novak Djokovic watch. 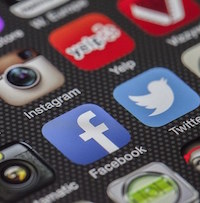 Reports from the end of last year revealed plans by the Indian government to introduce regulations for social media platforms.

Now a Reuters report has indicated that social media giants, like Google and Facebook, won’t take the new legislation lying down, as they are gearing up to fight the country’s government.

Industry executives and civil rights activists are referring to the rules as censorship, believing they must be fought.

To read the full report, published by Reuters, click here.

Amidst mass demonstrations calling for the end of Sudanese President Omar al-Bashir’s reign, journalists in the country face censorship, violence and arrest.

The targeting of media practitioners by the government’s security team has become commonplace, with a belief that quelling coverage will curb the demonstrations.