The great SA rip-off: Costly data is not our mobile networks’ only sin 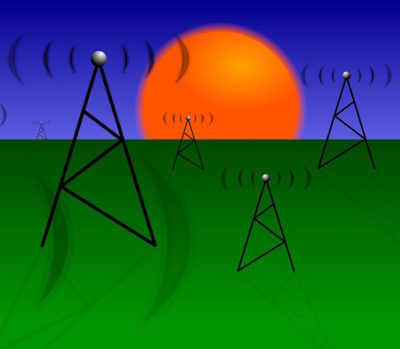 [COMMENT] The Competition Commission is the latest body to criticise South Africa’s cell phone giants, accusing them of charging far more for mobile locally than in other countries where they do business.

Of course, the mobile networks frequently point out how they are lowering their data prices, but frankly that’s the same weak excuse used by our supermarkets when they claim that they work hard at keeping their prices down.

Which, by the way, is nonsense because if you go into any one of the big supermarkets in the UK you will now find dozens of products cheaper than those in South Africa in spite of the harsh exchange rate between the rand and sterling; products made in South Africa and in the UK. But, that’s another story.

Sometimes I have to wonder whether South Africa’s news media are indulging in self-preservation by ignoring the shenanigans of our mobile networks and supermarkets because they depend so much on their advertising. But, that’s also another story.

Getting back to the arrogance of our mobile networks, only a few weeks ago, for example, MTN sent out one of their typical consumer unfriendly SMS notifications saying nothing more than as a result of “inflationary pressure”, cell phone contract prices would increase from 1 May.

No further explanation. And no indication that they understood the word ‘contract’.

One would think that with the millions of poor people who rely on mobile connections, the news media would have jumped on this story. They didn’t.

… when one looks closely at how much consumers are actually getting for these packages, it would be a miracle if they managed to play online games for more than 10 minutes or watch more than half of a single Netflix movie.

But here’s something else the mobile networks are doing that is so utterly wrong.

Recent advertising by all of them in South Africa punting their data packages, proudly claim that their customers will be able to watch movies live, get onto Netflix and play online games to their hearts’ content.

However, when one looks closely at how much consumers are actually getting for these packages, it would be a miracle if they managed to play online games for more than 10 minutes or watch more than half of a single Netflix movie. How can the networks possibly believe that 1.5GB of data will go anywhere in terms of gaming and watching movies? Even just three or four Netflix movies a week will chew at least 70GB of data a month. And gamers use upwards of 500GB a month.

Then of course, one has those iniquitous data packages of which half the data can only be used between midnight and 5am. What a wonderful way of ensuring that consumers who are not night owls are actually paying double for their data.

When it comes to coverage of the mobile networks, traditional media such as radio, TV and especially newspapers are light years away from the conversations about mobile networks happening on social media right now.

It seems to me that big advertisers don’t actually have to threaten to withdraw advertising if the mass media give them a hard time. In most cases frankly, media management just assumes that lucrative advertising contracts will be in jeopardy.

There were times when advertisers did withdraw their advertising, but in every case they quickly realised that they were cutting their noses off to spite their faces.

Many years ago when The Star was a proper newspaper, Nissan South Africa withdrew all their advertising over criticism of one of their cars by the motoring editor.

Within a couple of weeks, they were back advertising again.

The same thing happened with Rembrandt Tobacco Company, as it was in those days, which pulled all their advertising from The Star because of some hard-hitting, anti-smoking articles.

Once again, they were back again within a few weeks.

Mobile networks are among South Africa’s most unpopular organisations and seem to be constantly poking consumers in the chest both from the point of view of prices and service. It’s about time they were taken to task by the mass media – but I’m not holding my breath because right now money seems to take precedence over morality.