LATEST NEWS
Home Broadcasting Radio SABC Radio has the potential to create magic, but much work needs to be done

SABC Radio has the potential to create magic, but much work needs to be done 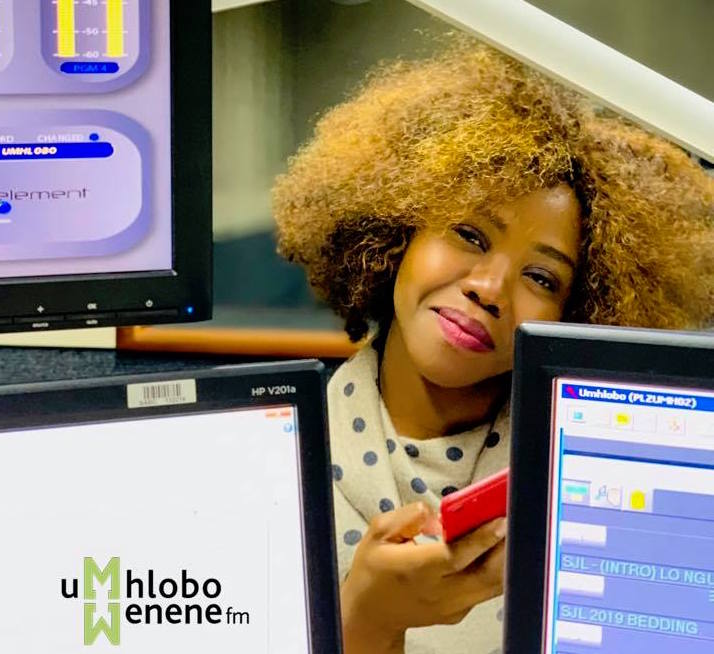 
The SABC is emerging from years of upheaval and mismanagement. But, what is the public broadcaster’s radio division doing to use its assets to best effect, and what does the media industry believe it should be doing?

If ad investment were the only measure of a broadcaster’s health, Nielsen’s ad investment figures for the 12 months ending February 2019 would certainly augur well for SABC Radio. It was a period of muted growth for the media industry (+3.2%), while the radio sector nudged slightly ahead (+5.3%).

By contrast, SABC Radio grew by 9.8%, with the African Language Service stations delivering a sterling 15.9% growth, while the balance of the portfolio increased by a modest 3.3%. The cash cows, Metro FM, Ukhozi FM and Umhlobo Wenene FM, performed solidly, and some of the smaller stations such as Radio 2000 and SAfm delivered significant improvements. Though, 5FM delivered a notably poor performance. As independent radio consultant Tim Zunckel pointed out recently in a piece on The Media Online, commercial stations need a station manager, a programming manager, a sales manager, a music manager, and a sales and promotions co-ordinator to function optimally. 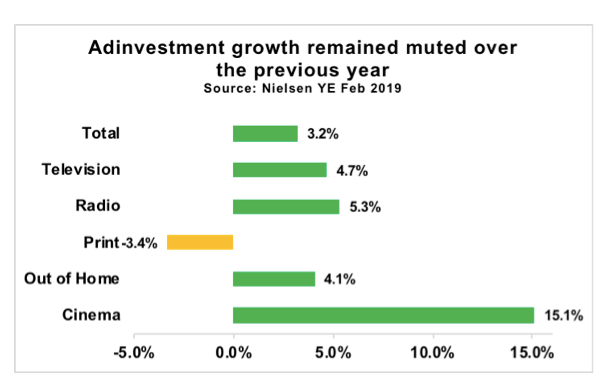 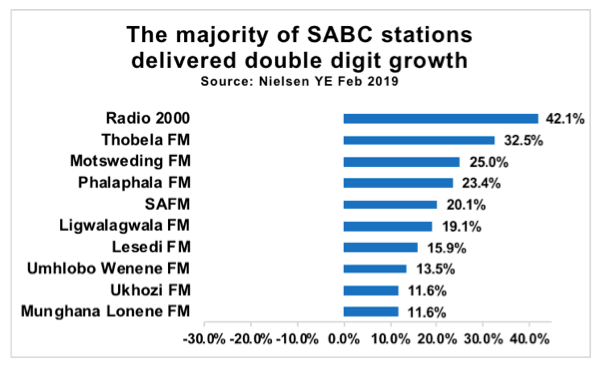 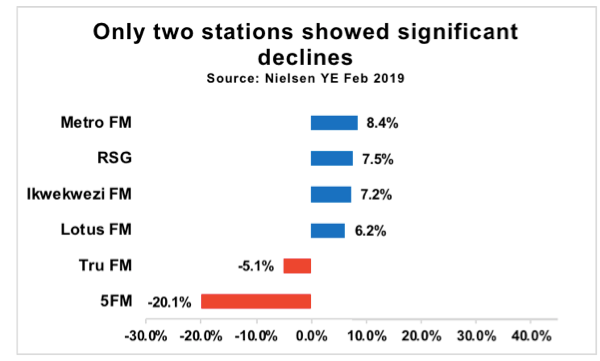 But SABC is in a financial quagmire after three years of operating at a loss. Less than 20% of the registered TV licence database actually pay the fee, staff costs are out of kilter and the demands of its public service mandate are onerous (projected to cost around R2.5 billion by 2020/21). Over three quarters of its revenue is derived from advertising (71%) and sponsorship (6%).

In the strategic roadmap that SABC presented to parliament in September 2018, it identified the need to focus on initiatives aimed at “growing audiences, driving costs down and growing revenue without compromising the delivery of the mandate”.

While it undertook to safeguard its “highflying brands” such as Ukhozi FM, Metro FM, Umhlobo Wenene FM and Lesedi FM, it recognised the need turn around others that have “significantly and consistently lost audience in the past two years – SAfm, Radio 2000, Lotus FM and Good Hope FM”. The need to develop digital opportunities to engage audiences and increase revenue opportunities was also identified. The caveat was that any such turnaround strategy requires investment in research and marketing. 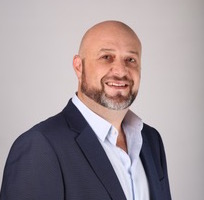 There is a solid understanding of what needs to be done, but there is a marked reluctance to discuss progress in these areas. Head of radio, Nada Wotshela, the general manager of strategy for radio, Johan van Rooyen, and the general manager of radio sales, Theo Madolo, initially undertook to answer questions, but later declined through a spokesperson. Warren Bedil, acting group executive of SABC commercial enterprises, was prepared to indicate that it was probably premature to engage on the topics because the organisation is currently looking at various initiatives and changes in the radio division to improve its output.

This is to be welcomed as trust in the SABC is low among marketers and advertisers. Some of the harshest critics preferred to remain anonymous. But a top 20 radio advertiser was outspoken in saying, “I don’t have confidence in SABC Radio currently. They don’t adapt to times. They want to sell advertising space at a high cost, but don’t come to the party with client specific solutions… Other media houses are solutions driven as they know clients need more for their buck.”

A media agency implementation planner/buyer complained that it was a frustrating experience dealing with the SABC, but called out “the guys who do the actual bookings of spots onto their system and then issue us with contracts” who are “generally quite efficient”. This person felt that the right staff and management are not in place, continuing, “There is no substance and/or training to back up the rather empty promises SABC makes around service levels and the type of staff they employ… we deal with about three levels of staff and not one of those levels can make any ‘real time’ decisions – everything has to be escalated.” 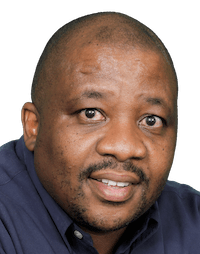 Having worked at SABC as an account executive some 20 years ago, Kgaugelo Maphai, managing director of The MediaShop JHB, comments, “We want account executives/managers that understand their product (stations and audiences) inside out” and can give “key input around sponsorships, features, presenters, time channel environment and other non-traditional opportunities”.

Facilitating this would require SABC Radio to relook at the structure of their sales teams. Furthermore, he believes the lack of proactivity is a significant opportunity cost for the broadcaster and argues, “Some of their policies need to be reviewed because they were written many years ago and are often a constraint to innovation”. An example he cites is the SABC policy around news preventing it from accommodating one of his clients’ disruptive campaigns.

On a more upbeat note, Merissa Himraj, chief strategy officer of Wavemaker, believes the “SABC Radio team on the ground is passionate about their products and really do try to meet client requirements”. Unfortunately, she points out there does seem to be a lot of red-tape as you go higher up. “The team are not empowered to make critical decisions… this could impact revenue if a client is wanting a quick yes or no.” She believes that “ a lot of work has gone into rebuilding SABC Radio”, and comments on an openness to discussions around flexible sponsorships, and client-centric solutions. 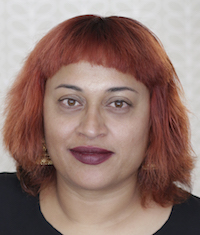 SABC still commands over 70% of the South African adult radio listenership, which means, as Maphai points out, it is the one media owner truly reflective of South Africa’s demographics from a provincial point of view, and dominates in most provinces, with the exception of Western Cape, due to the strength of the African languages.

While these stations were unaffected by the infamous Hlaudi Motsoeneng 90/10 local content directive, Maphai points out that most of the ALS stations are still attracting young listeners between the ages of 15-24. They have around a quarter of their audiences within this age group, which, he argues, augers well for them in the future and runs counter to the trend of young people switching off from mainstream media.

Himraj believes that SABC has a sound plan in place, but cautions that radio listening audiences are shrinking as a whole and that it is not enough to rely on family influence and habit-driven audiences. She argues the SABC “might need to revisit the way it is taking its stations to the nation – roadshows and continuous engagement need to be more aggressive to build audience memory for stations” and that it needs to own the “local is lekker” narrative. It has the advantage of the biggest footprint, “they just need to deliver something refreshingly different to their audiences”.

Maphai highlights the “huge opportunity” of also having TV, saying “the day they can consolidate and show the listener/viewer journey and come up with packages across TV and radio – they will win big and give more value”. He is clear about the steps they need to take to be competitive e.g. investing in digital platforms, podcasts and other assets.

Ultimately, he takes an optimistic stance saying, “SABC radio have the infrastructure, audiences, and penetration like no other medium – they just need to believe in their assets and think big and ultimately create magic. If they do half of this, they should be able to thrive and do well commercially as a state-owned broadcaster.”