Another reassuring report back from TAMS 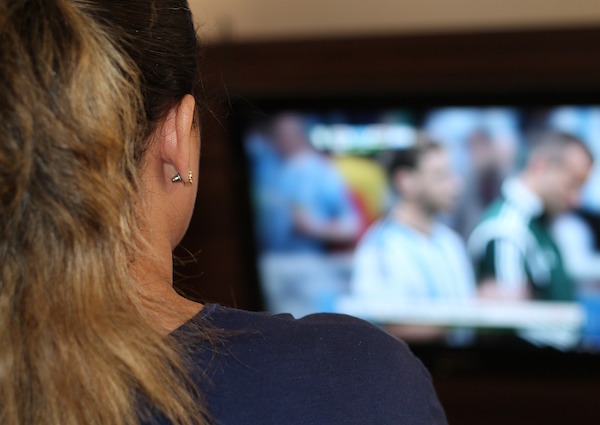 The BRC has hosted its October TAMS Universe Update at the Bryanston Country Club. Terry Murphy, media lead at Nielsen South Africa, began the update by taking us through a quick demonstration of the current TAMS Panel’s health, comparing the profile of the ideal panel with that of the installed panel in week 40. The installed panel profile corresponded elegantly with the ideal.

She cautioned us that with increased viewing options, TAMS data users might sometimes find seeming anomalies e.g. someone viewing a programme but not subscribing to the service the user would associate with that programme. The explanation would often be that the programme was available on other channels; she encouraged users to engage with the BRC and Nielsen in such events, as they would be able to give an explanation.

Moving on, she reminded us that a key indicator of panel health is the weighting efficiency. For the six weeks under scrutiny, the household weighting ran between 69.3% and 70% (in line with the KPI requirements), while individual weighting was between 90.0% and 89.3% (comfortably in excess of the KPI requirements). It is the latter weighting media planners use when they put together schedules.

A comparison of Average Time Viewed showed an increase over previous years, which can be attributed to the fact that smart or connected TVs allow viewers to do so much more than simply watch broadcast TV: they can game, stream video content, view internet TV, search digital content on the web. This is borne out by the fact that while channel share is reasonably stable over time, albeit affected by major sporting events, there has been an increase in non-broadcast activity.

From this year, in order to ensure greater stability and reduce noise in the data, Murphy explained that 12-month rolling data is being used to update the TAMS panel, rather than the previously used six-month data. There was little change to the 4+ TV universe (up by only 0.4%) and the total 4+ population (up by 1.6%). Unsurprisingly, therefore, the comparison between the updated TV universe profile and the previous one showed them to be reassuringly similar.

Murphy reminded us that the SEMs had been developed to be a more relevant and stable socioeconomic segmentation than LSMs. Due to the variables used, LSMs showed a very high degree of churn on the TAMS panel, making them unsuitable for planning and post campaigning purposes.

Until now, SEMs had not been included in the RIM weighting on the panel. (These weights adjust the constantly fluctuating panel sample – not every respondent is tuned in every day – to be representative of the TV universe and ensure that the universes of the weighted variables remain consistent over time.) Only demographics such as age, gender, race, province and pay/non-pay TV had been used as RIM weightings.

After extensive work by Nielsen and Robert Ruud, the BRC TAMS independent auditor, it was concluded that the three SEM groupings (Low, Medium and High) is sufficiently stable to be used as a weighting variable. They will come into play from 28 October. This is an important step forward in allowing broadcasters, advertisers and media agencies to trade on sound socio-economic descriptors.

A variety of slides showed that there will not be a noticeable impact on the profile of the updated universe with the SEM RIMs; nor will they affect the through the day ratings of individual channels. (This is because the panel is already representative of the universe in terms of SEMs.)

The last issue Murphy addressed was the vexed one of ‘zero ratings’: for broadcasters, they represent inventory with no value, and for media agencies they signify a performance delivery trap. They are a global phenomenon, she explained, resulting from media fragmentation and the long tail that develops with viewing expanding options.

They are not, as media agency personnel tend to articulate it, a “BRC TAM’s problem” per se, but the inevitable result of a limited panel sample and the range of viewing options available. She hastened to point out that South Africa has a robust TAMS panel of over 3 000 households; some countries run a panel of 500 households.

To illustrate the problem, Murphy took us through a case study, using a fairly tightly defined target market, with a sample of 159 respondents. While the 159 respondents are the available audience, not everyone actually watches every day; in fact, in this case, the incidence of viewing between 20h00 and 23h00 was around 52 on the particular day. These individuals had a lot of channel options (110 according to an earlier slide), thus an examination of the top 10 channels showed that the top channel had been viewed by 17 respondents and the tenth by only one. Clearly there could a number of channels where there were no watching respondents, and consequently zero ratings.

The problem is compounded by our market’s enthusiasm for cherry-picking spots. When broadcasters are responsible for delivering ratings packages, they constantly monitor delivery and are able to adjust scheduling on the fly to ensure performance guarantees are met. Locally, media agencies create their own schedules but often only run post campaigns after the completion of flighting, when it is too late to adjust. Murphy suggested media agencies should consider increasing the rule of thumb sample of 200 in order to help mitigate the problem.

CEO Gary Whitaker reassured us that the BRC was exploring how to tackle the issues of zero ratings and OTT measurement: it was engaged with other markets and would be attending the asi (Advertising Seminars International) conference on audience measurement. He indicated they were working towards having a solution in 2020. He also affirmed that the BRC advocated open collaboration and the engagement of all stakeholders in order to find the appropriate solutions for our market.

From the floor, Brenda Wortley reminded us that the local meters tracked and reported on a second by second basis; in Latin America, she says, countries were moving to a minute-by-minute reporting metric. In fact, in some countries a quarter hour metric was under consideration in order to help address the impact of fragmentation. Gordon Muller pointed out that in order for such a system to be fair there would need to be some way of weighting for shorter (or longer) spots. Reaffirming the BRC’s open door policy Whittaker suggested that this was exactly the sort of discussion that was needed.

Once again, broadcasters and advertisers could leave this update session knowing that the BRC TAM panel is in rude health and that its custodians are committed to keeping it abreast of the changing times.