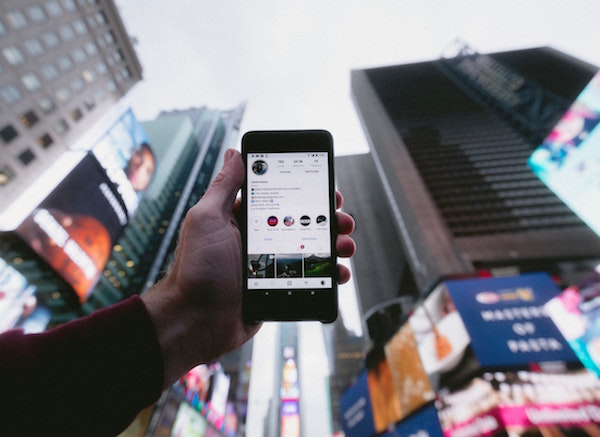 As we tackle new Covid-19 variants and witness increasing levels of lockdown still unfolding around the world, the promise of a vaccine has not yet dulled the relentless and destructive march of the coronavirus, upending many industries.

But, a host of industries also cashed in during the pandemic, namely the likes of ecommerce, delivery, videoconferencing, streaming, health tech, and cloud storage to cite a few. There can be no argument that the record time spent online has helped technology suppliers to enjoy a wider audience and leverage the accelerated surge in interest emerging from the working from home model. In fact, in some cases, it has been estimated that Covid-19 pushed some industries two to three years ahead of their expected timelines.

Apps have been a case in point. According to the newly released App Annie State of Mobile Report 2021, consumers downloaded an astounding 218 billion apps in 2020 across iOS and Google Play, up 7% year-on-year. Consumer spending across the app stores spiked by 20% year-on-year to reach $143 billion by year-end.

Looking ahead, what does the change in our behaviour online mean for the app marketplace in 2021?

The weighted average among countries analysed for time spent online surpassed four hours 10 minutes during the pandemic — up 20% from 2019. But, the last 10 months saw the seismic and radical shift to work from home (WFH), thus translating into a dramatic surge in time spent online and on mobile, as users sought tools to facilitate business (Zoom), content discovery and games to entertain and escape, and social media to connect with the outside world.

Mobile and apps have democratised gaming, bringing entertainment into the palms of the three billion smartphone users globally. But Covid-19 and lockdowns thrust gaming into the spotlight breaking new records in downloads and seeing the industry getting categorised into finer segments like hypercasual, casual, core and casino.

Additionally, games are rapidly and continuously upgrading their themes, graphics, privacy settings, and methods of monetisation. The move to 5G and introduction of new devices will spur the ongoing growth of hypercasual games and multiplayer core games as people seek entertainment and connection with friends and like-minded players.

Mobile gaming is on track to surpass $120 billion in consumer spend in 2021. At SHAREit, for example, in order to facilitate gaming for all types of gamers, we have developed a separate and dedicated gaming centre on the application which offers HTML5 games, gaming videos and an option to download hot games. Offering a range of games for all, it is home to one of the largest catalogues of mobile games from developers across the globe.

As the cost of data in many countries continues to be unnecessarily high, apps that require low or no data to deliver their services will thrive, grow and prosper. South Africans, for example, pay almost the same price for data than those living in Japan (137th) and Germany (140th) and rank in the top quarter of all countries for the cost of data (148th).

SHAREit’, which revolutionised file sharing, enables and expedites the peer to peer file transfer, allowing users to share pictures, music, games or movies with other devices without using an active internet or Bluetooth connection. With file transfer speeds that reach up to 20mb/s, its unmatched efficacy in the space helped us become the fastest-growing media publisher globally in the latest AppsFlyer Index, and also expand the SHAREit family to over 1.8 billion users globally speaking 45 languages in almost 200 countries. As the world demands more access, this sharing technology will be even higher in demand.

Given the increasing amount of time spent indoors, and in homes, mobile’s growth means a shift in spending on advertising for corporate clients. Many countries saw the continuing demise of print, the shift to streaming entertainment, and the ongoing failure by news media to succeed with paywalls, leaving apps, games and social media platforms to pick up the budget.

Mobile actually held up the ad industry in the last twelve month and saw placements grow 95% year-on-year in the US, growing to $240 billion in mobile advertising spend and set to top $290 billion in 2021.

As cybersecurity and privacy have morphed into a significant threat for governments and individuals, functions like end-to-end encryption, two-factor authentication and verification have become a necessity for app developers, especially when these are performed by credible partners.

SHAREit ensures secure application transfers with Google Play’s Peer-to-Peer Offline App Sharing and lets our users share apps while Google Play determines the shared app’s authenticity even when the device is offline. Subsequently, it will then add the shared apps to the user’s Play Library and also manage app updates when the device comes back online.

Last but not the least, the pandemic has probably changed the shape of the world forever. The future is online while now we equally understand the importance of offline, being humans. App downloads are set to skyrocket, digital content continues to spike, gaming booms and sharing is at the centre of it all.

Karam Malhotra is partner & global VP, SHAREit. In 2008, he started his career as a senior analyst in McKinsey & Company. In 2011, Malhotra went to Chicago, USA and attended Kellogg School of Management in Northwestern University. Karam then returned to McKinsey London where he ended up as a junior partner in the firm serving media, entertainment and tech clients in Asia and Europe. Besides being the co-founder of Fastfilmz, he also co-founded Greatest Common Factor (GCF), an ed-tech company which looks to revolutionise how students prepare for exams and consume digital first education content in the competitive learning space.