LATEST NEWS
Home News Media business Hello, is there anybody out there?

Hello, is there anybody out there? 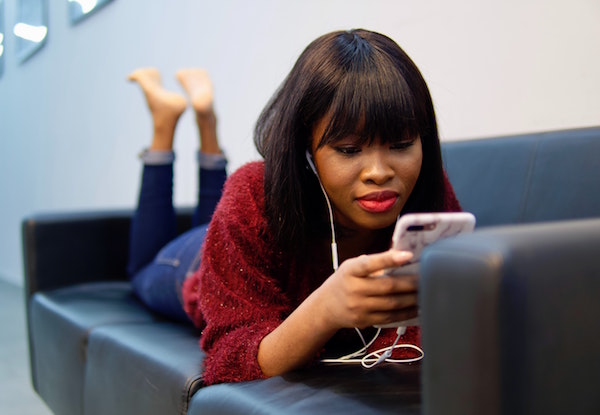 How did being locked away from the world change our listening and viewing habits in 2020 – and what do these changes mean for the future?

It’s almost instinctive to latch onto phrases like ‘changed forever’ and ‘never be the same’, but for those of us who work in the world of trends and behaviour, that’s a recipe for disaster. In short, you need to be patient and wait long enough to see if the idea you just threw into the air is a stick or a boomerang.

For BrandMapp 2021, that meant holding back until mid-year to put our annual survey into field, resulting in a set of data that can be compared with a previous one completed before the world even started coughing.

The audience that BrandMapp profiles comprises an estimated 12 million adults (18 years and older) living in households earning R10 000 a month or more. They earn about 80% of all income in the country and pay 100% of all personal tax, so they’re rather important to the well-being of the economy. If they fail, the fate of the other 28 million adults living in lower-income environments will be significantly worse.

The data set is a bit like a Rubik’s Cube, covering a vast array of measures from hopes and dreams to financial behaviour and shopping habits, but the focus of this piece is specific: How did being locked away from the world change our listening and viewing habits in 2020 – and what do these changes mean for the future?

There are dual dynamics at play in this regard. Firstly, purely practical realities: ‘Drive time’ slots on the radio are a bit meaningless when you’re not allowed to leave home, for example, and streaming can be outright torturous without decent bandwidth. Secondly, we are in the middle of the great on-demand media era that began by tearing up the print world as we knew it, and now poses a similar extinction-level threat to the other two great ‘newsosaurs’, radio and television. These things are inextricably intertwined.

On the connection front, the first big shift during lockdown was that middle-class-and-up households experienced a massive surge in fibre connectivity. The penetration has leapt from 20% before lockdown to 35% – that’s a 75% growth. As a result, the big players had a windfall year: Netflix went from reaching 40% of homes to 60%.

Every time I read that statistic, I remember the famous words of CEO Reed Hastings in 2017 when he explained that Netflix’s biggest competitor wasn’t television; it was sleep! Five years down the line, it would seem his confidence was justified.

The rest of the providers sending bytes down pipes enjoyed similar success. Spotify grew from 13% to 20%, while DStv Now and Showmax usage grew by 40% year-on-year. The net result is that right now, 85% of respondents make use of one or more streaming services.

On a granular level, we see these changes in behaviour starting to settle down into something resembling a new normal – one where 25% of adults listen to podcasts every single week, and 60% watch YouTube videos as part and parcel of everyday life.

With all that going on in the blue corner, it’s no surprise that the contender in the red corner is suffering a few bruises. For traditional radio, the first is that the percentage of people ‘hardly ever or never’ listening to radio has risen from 14% to 25%. That’s the effect of on-demand media. And the percentage of people listening ‘a few times a day’ has dropped from 47% to 34%. So although the school run is back on the timetable, there’s no doubt that overall listening habits have changed.

Be careful of overreacting here, though: radio remains a massively powerful medium in this country, but for the first time in its history, the danger is clear and present, and there’s a requirement for clever thinking. Perhaps radio stations could start by hiring a few ex-magazine publishers to consult and help them understand that neither arrogance nor ostrich tactics offer meaningful protection against the dark digital arts!

As for television, it seems as if what happened in the big social imprisonment experiment was that we all watched a lot more of everything. So there’s not nearly the same impact for eyeballs as there was for eardrums. If anything, overall viewership is slightly up. But what we do see is a slight decrease in the old free-to-air stations, SABC and e.tv, by a couple of percent.

And DStv? Well, that’s gone up considerably, from reaching 74% of people pre-lockdown to 84% in 2021. No surprise then to hear that MultiChoice has claims an additional 500 000 subscribers in the past year, albeit mostly in the cheap seats. We haven’t asked the ‘package’ question for a few years so have no trend, but only 35% of respondents this year are premium subscribers versus 41% compact.

Equally interesting is that 80% of Netflix subscribers also watch DStv. You have to make some assumptions, but it’s a fair bet that the question ‘Should we cancel or downgrade?’ is more likely to be asked now than ever before.

In a nutshell, for these two platforms that have such a massive effect on our lives, 2020 simply rode existing trends, most notably that people can and will pay a premium for on-demand content rather than having advertising thrust into their lives.

And while some may see that as a threat, the successful products, brands and marketers of tomorrow will be those who are able to step through the looking glass, see the opportunity, and really innovate as they sculpt and design the media landscape of a post-Covid world.

Brandon de Kock is the director of storytelling at WhyFive Insights, producers of the annual BrandMapp survey. See whyfive.co.za for more information.