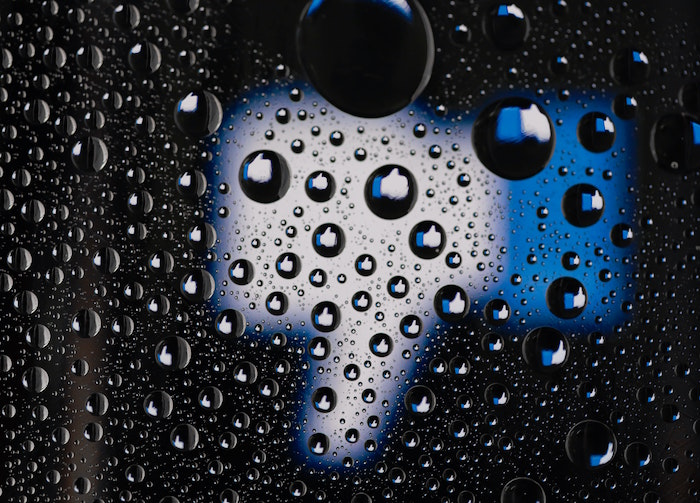 It’s not often I start the weekly report with an international story but I’m trying to be a little more cheerful in the weekly report. And I had a great crack watching #FacebookDown … What does the CEO do when the largest company in the world crashes? #GoesSailing. Perhaps you were under a rock, or better still you found a place where there was no reception or no need for social media but for me #FacebookDown was at least six hours of bliss.

On 4 October 2021, a historical day, the social media world went quiet, and Twitter became a nice place. A #FacebookWhistleBlower, #FrancesHaugen, dropped 11 000 pages of files about how the Facebook organisation picks profits over people in an interview on #60Minutes. At first, I didn’t see why this was big news as most large companies do pick money over all else. My word, some of the vultures I’ve worked for pick corpses over profits, but I digress. Frances drops files and the next thing there’s a Facebook, Instagram and WhatsApp blackout. Social media scuttled over to Twitter and were greeted by a message from Twitter themselves saying: “Hello literally everyone”.

Oh how I laughed! And the fun didn’t stop there. #Instagram (on Twitter) said “Happy Monday” with an emoji that explained exactly the type of day they were having. #WhatsApp used the ** to show how awkward this was. Many brands jumped onto this tweet; #Starbucks said it was time for a coffee break, Microsoft Teams tweeted: “Unmutes mic – Hello everyone”. Tampax said “Guess we’ll insert ourselves right here” and Zoom said “Can everyone see my screen?”. I was howling with laughter and this was just the tip of the iceberg. Check it out for yourself you’ll thank me.

I don’t want to detract from the real story behind #FacebookDown because it is a big one. #FrancesHaugen says Facebook deliberately sends you the higher engagement posts (which as a media monitor I would expect), but she also says that they deliberately push hate. The idea is the angrier you get, the more likely you are to engage. On #Instagram (Facebook-owned) the algorithm pushes teens to stories of anorexia and body shame. There were no substantial claims about #WhatsApp from what I could understand. #Haugen had no sooner left the #60Minutes studio when she was whisked to the US courts surrounded by senators and the like. Each and every one of them told her how very brave she was and how they had suspected all along that all social media was inherently bad and Facebook in particular. It was at the same time that the Facebook DNS went down (that’s their website for you and me – you could have literally bought www.facebook.com.) Imagine! Staff couldn’t get in and out of the buildings across the world as they were all linked to the website.

And where was Zucks? Well, he’d chosen this moment to #GoSailing. I must say if I had that kind of money, I’d probably have gone sailing and diving at the same time.

I’m struggling to buy this story; you see, algorithms are designed to work for advertisers. The more you like something, the more the machine will feed you that type of content and if that content relates to a saleable item the algorithm will send you that too. Which means if you hate or love poetry it will send you poetry or won’t. It also means that if you hate another race, it will feed you that type of content too. I’m not sure advertisers will want to associate with the extreme side of content, but they are likely to hijack the poetry with adverts for Amazon poetry books.

#Haugen claims there are workers removing harmful content, but not enough. Well duh! Of course there are not enough moderators; people are horrible, cats are much better, which is why cats are the most watched thing on social. Don’t get me wrong, I’m not a #Zuckerberg fan, I think he has too much control over the world but we ‘opt in’ for that content, we want to see it, from cats to cow pats. We want it all.

On #Instagram we want to see perfection and beautiful things, that’s why we go there. The same goes for independent #Twitter. If we want to join a movement and make an impact, we go to #Twitter to vent and find like-minded people. That is the whole point of social media, good or bad. Are we going to close down #Twitter because the #Zumas started an #Insurrection with it? No, why? Because it’s not Twitter’s fault, it’s humans.

I think and I really hope that I’m wrong, that this is a push for America to put censorship on our voices across social media. There was a great deal of talk about kids, and how there should be an age restriction on social platforms; well of course there should. They were referring to eight-year-olds on the platform, eight! Are you kidding me? Surely at worst it should have a 16+ admission. Apparently, there was talk of a Facebook and Instagram for kids and that sounds cool, but I just have this gnawing feeling that it might become a predator hotspot. Can the kids just play outside in the mud please? The conspiracy theorist in me says that #FacebookDown was the opportunity for the organisation to clean it’s house before an onslaught of political pressure. I’m not sure that #Haugen is going to save the world, maybe just #Biden’s reputation.

Time to bring this report back home. I really don’t want to, I’m having so much fun with FB but okay, here it is, deep breath.

#Phoenix was plastered with #DAElectionPosters that said, “They call you racists, we call you heroes”. For those of you who told me to vote DA and not NOTA last week, here’s your proof. I do wonder if every DA supporter sees these posters or other shenanigans and put their hands over their heads and think, “Not again!” Sometimes the DA is so dumb it’s startling. First off, every single South African knows there is a legacy of racism in the DA. #ColonialZille made sure of that, and then they go and talk about racism in an area that was worst impacted by the #insurrection. An area where men took to the streets to defend themselves. `it was not about colour; it was about fighting an external force.

Here in my small town the last thing we spoke about was colour. It was all about how to protect our food supply from terrorists. When the DA came under fire for this really stupid move, #Steenhuisen said he stood by the posters and that they were not only going into Phoenix but throughout Durban. Minutes later there was a statement to say that it was a lone act by the DA’s #DeanMacpherson and had nothing to do with the DA … Are you kidding me? In what world does a political organisation not vet its messaging? That ‘vetting’ process has a team behind it that tactically changes messaging to suit the area. Please #GoSailing!

The Eastern Cape became the focus of the EFF and Maimane this week as they pointed out that there had been an allocation of R15 million to build a ‘stadium’ in Lesseyton. Well, #Lesseyton got less, a lot less; instead of a stadium they got a couple of poles and some white lines on the ground. Listen, that’s the type of stadium we have in Sodwana, but we didn’t pay a cent for it. And I suppose neither did the ANC. #WeAreSailing

#Herman #Mashaba lost his temper this week and said he was #GatVol of all that admin stuff. Oh dear, the cracks show already and this is just the filing, my friend. What will happen when you actually have to deliver what is in that file? Will you jump on a yacht?

You’ll remember that last week I said I’d left the #RET off the election case study because I was awaiting their manifesto. It seems that was a good idea because guess what? #Zuma came out and told the country to #VoteANC. He said this from his #Nkandla homestead and he didn’t appear sick at all. Yip, that’s going to make us vote ANC, #PresidentRamaphosa, that’s the way!

The EFF swore they would never enter a coalition after the debacle with the DA. That was last week. This week, #Malema is quoted saying they will join coalition governments. So #FlipFlop, are you just part of the ANC like we thought all along? You’re just making up the numbers, right? We also read how you intend to retire at the age of 55 Juju. Well okay then, so that’s over. You’re #GoingSailing.

As for the ANC, well what a shambles! There are people jumping ship looking for plain sailing at alternative parties but still occupying their positions for the ANC. What is that? There are more new political parties than there are new users to Twitter and still not a single one looks viable to vote for.

Beyond the outrageous election promises we also saw #Cosatu’s national strike. Horrific testimony about the death of #NathanialJulies and our beloved #DesmondTutu turned 90. This amid #Eskom reintroducing loadshedding and #Boity being assaulted in full view of guests at a restaurant. There is no shame in South Africa. As if to prove my point, the news broke that our police commissioner #KhehlaSitole was suspended for interfering into the #Ipid investigations, the allegations range from tender fraud to collusion.

It’s not so bad, guys. The UK lifted South Africa from the #RedList and we got grand theft and fraud with the #PandoraPapers. Just like the #PanamaPapers, nothing will happen. Just like in South African politics, no change is expected. It’s time for us to pick up our beachwear and pina coladas and #GoSailing.