Small is the new big 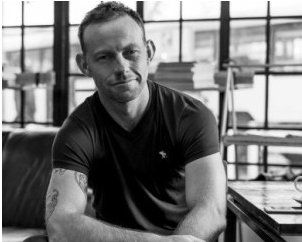 Catering to a niche audience and ensuring you adapt your brand to make it more localised and relevant, is the way companies should be doing business in these times. That’s the belief of TEDx speaker and founder of Be Brave, Pierre du Plessis. Michael Bratt sat down with him for an in-depth discussion on consumer, branding, marketing, social media and advertising trends.

Sitting in the dining room of his home in Pretoria, Du Plessis begins by explaining how important the ‘rise of the local’ is. “The more local something can be, the more popular it will be. Small is the new big, the smaller you can make something feel the better… It’s important to understand local content and culture.”

An example he cites of a brand that is doing this is Starbucks, which he says has rid itself of its generic store layout and generic products in favour of creating a more local coffee shop atmosphere, with products tailored for each market it operates in.

Further demonstrating how small is the new big, Du Plessis explains that the same consumer trends also apply to advertising, stressing that “super localised content and ideas” are the way brands should be heading as people are not interested in generic anymore. He also believes that guerrilla marketing as an advertising strategy that focuses on low-cost unconventional tactics that yield maximum results, is better rather than a big rollout.

Another hot trend at the moment is reference marketing where an influencer, particularly on social media endorses a brand, adding credibility to it. The big problem that Du Plessis has with brands using social media is that they use the platforms to simply ‘broadcast’ themselves, rather than creating conversations with their audience, which he says is the proper way social media should be utilised.

“Brands need to tell a story and engage with technology in this age. Social media and tech is there for conversation, not just broadcasting,” he explains. He also recommends that brands create a flat, inter-connected world on social media, rather than sticking with the olden day hierarchical one, where brands do not engage with anyone else.

When it comes to apps, Du Plessis says they need to be intuitive and run in the background, something so subtle that it is almost invisible, rather than in the face of audiences. A good example he cites is Waze, a traffic and navigation app that advertisers have loaded with coupons. When a driver travels past or near one of a brand’s outlets, a free coupon pops up and the app points the driver in the direction of the outlet.

“The less invasive the technology can be the better… ideally you would want something that knows what you want, when you want it,” Du Plessis says.

In terms of a brand’s website, Du Plessis emphasises that products and services need to be sold on it, “You need to be online, sell online and deliver in 30 minutes or less, that is gold!… I can’t stand when I go onto a website and the only thing that is on there are shopping hours and their latest campaign. I want to buy your stuff now and have it at my door tomorrow morning.”

He says that Uber is doing this well with Uber Rush, where products are delivered in less than 30 minutes, and he cites a local business in his neighbourhood that sells charcoal, firelighters and wood online and delivers it speedily as a massive success.

Brands that are advertising in the right way

When asked which brands he thinks are doing advertising in the right way, dDu Plessis struggles to come up with an answer, perhaps indicative of the current state of said advertising. He does dredge up two examples, one being the five-second YouTube adverts and another being his local coffee shop, which, he says, has become more than just a coffee shop. “They have become sort of an ambassador for their local community, and championing their neighbourhood. They are not advertising themselves, they are advertising the area”.

During the discussion, Du Plessis also gave some tips on how brands can increase their exposure. These are his top three:

Another element that is a big part of Du Plessis life is creativity. He says that he can’t go a day without creating something. He is an advocate of brands utilising more creativity and believes that, “people should take bigger risks. Brands are always researching stuff to death, and while research does have a place, sometimes it is best to just go with your gut”. With the constantly changing and evolving world that brands operate in today, Du Plessis advises that a brand needs to be able to shift very fast and do things differently. He stresses more flexibility as well as a flat brand model which would allow these changes to happen quicker.

South Africans must champion their own brands

As a seasoned traveller, Du Plessis has observed many different consumer markets and is able to compare them. He has one major problem with the South African market. “One of our biggest challenges is we are not owning our own brands enough. We are still in the mindset that overseas is better… overseas people love their own country, their own designers and their own brands … we have great brands and products… everyone has to be a brand ambassador for SA.”

Be Brave is a company that focuses on teams and team dynamics, through exercises and talks that inspire them and help them to be more productive and efficient. During the exercises a tool called Strength Finder, created by Be Brave, is used to identify where people are best positioned in a team, allowing themselves and the rest of their team to know what elements they should be focusing on.