Back to basics: Reach matters! 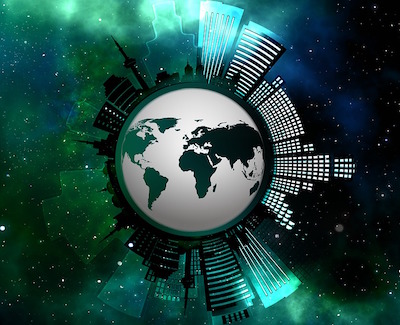 One of the most useful online resources for media strategists and planners, run by an industry marketing body, is undoubtedly Thinkbox.

This marketing body for commercial TV in the UK provides a repository of news and opinion, case studies, education material and research, all designed to ensure that advertisers get the most out of TV, in whatever format.

A recent post summarises the latest analysis by Binet and Field of the Institute of Practitioners in Advertising (IPA) Databank, which contains every IPA Effectiveness Awards paper submitted over the past three and a half decades. Marketing in the Digital Age sets out to identify which media strategies are most effective at driving business growth in a changing media landscape, where digital channels have been accorded more and more investment.

The first headline will resonate with most strategists and buyers in South Africa: ‘Short termism’ is increasing, and with that, effectiveness is decreasing. Short term sales activation campaigns are intended to make consumers make a purchase at a certain time, producing a spike in sales, which fades rapidly. By contrast, brand building has a slower but longer term impact, with growth building over many years. According to Binet and Field, the former is usually tightly targeted, and run at relatively low levels of investment – decode this to mean, run in digital channels, whilst the latter tends to be more broadly targeted, and intended to develop a deeper emotional connection with the brand.

While ‘personalisation’ is a fashionable word in marketing lexicons, Field and Binet discovered that the main driver of long-term growth and market share is a familiar old term, ‘penetration’. This is three times more likely to drive growth than loyalty. The more widely an advertiser disseminates the message, reaching more non-customers, the greater the long-term brand effects. In short, mass media are fundamental to driving growth. The analysis goes so far as to suggest that trendy ‘earned’ media are essentially a by product of mass media investment.

Of course, thanks to Caxton’s support of the Ehrenberg-Bass Institute of Marketing Science, South African strategists and planners should be familiar with the concept that planning for reach is “the foundation of any sound media strategy”. But the re-iteration of fundamental principles is always useful.

Conveniently, for ThinkBox, Binet and Field’s findings suggest that investing in TV increases business effectiveness by 40%. Besides being the most effective media channel, it also generates the best top-line growth, with a 2.6% average market share point gained per year when using television advertising. Even more intriguingly, TV’s effectiveness over time has not been eroded by the multiplicity of digital options available; it has actually increased! Between 1980 and 1996, adding TV to a campaign increased business effects by 12%; from 2008 to 2016 the effect increased to 40%.

Tactfully, Thinkbox suggests that this increased effectiveness may be due to TV being increasingly supported by on-demand formats, namely Broadcaster Video on Demand and online video. Although these can boost TV performance, ThinkBox is quick to underline that the power lies in combining on-demand formats with TV. (Unfortunately Binet and Field’s work does not provide guidelines for detailed effective investment ratios here.)

The importance of reach

The importance of scale, or reach was underlined again for me by Bob Hoffman’s latest blog, entitled Social Media Agency Of The Year Award For Not Doing Social Media. As he puts it, this caustic Ad Contrarian “squealed and whined extensively about the infantile delusion that social media marketing is based on — the silly idea that consumers want to have conversations with and about brands and share their brand enthusiasms with the world”. Finally, things had come full circle, he reported with Media Post awarding BBDO the accolade of Social Media Agency of the Year.

He pointed out that the appalling irony of this award was that the winning strategy “was built on a key insight that while Facebook’s overall reach continues to expand, the relative effectiveness of “organic” reach for big brands has been diminishing proportionately.” Or as Hoffman’s non ‘BS’ translation put it:”Social media doesn’t work and you have to advertise”.

In a white paper, ‘About Face: A New Approach to Facebook for Big Brands’, BBDO proposed that Facebook should be utilised not as a social network, but a media channel. This advice required that clients ditch hip engagement metrics such as likes, shares and comments, in favour of far more traditional sounding “impact-led metrics”. BBDO advocated a return to something sensibly called “campaign-based thinking” i.e. broadening the reach of Facebook beyond brands’ most loyal “fans” to deliver so-called “penetration campaigns”, it appeared that these were 75% more effective in driving brand results!

As we start the new year, let us remember that “old” principles continue to apply – even in newer media.