Addressable media: A step up from programmatic buying 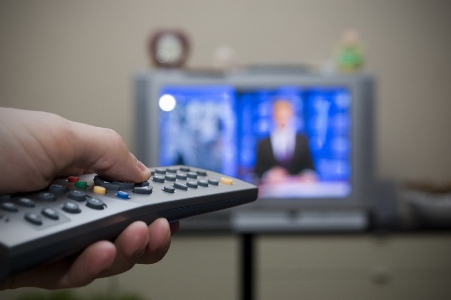 The buzzword making the rounds for a long time has been programmatic, introducing technology to make ad buying easier, quicker and more efficient. But now a new tech method is being worked on that seeks to completely remove any wastage by serving the most relevant adverts to individuals. Michael Bratt spoke to Carat CEO Celia Collins to find out more.

It’s called ‘addressable media’ and it was one of the main topics discussed at the Future of TV Conference at the end of last year. In simple terms, this is when an ad is served to one person rather than a group of people. When that person uses the internet on their smart TV, no matter what they are doing, their search history is analysed. A set of adverts is then delivered to the TV and an algorithm matches the most appropriate ads based on keywords in their browsing habits. Another way of serving these ads is by analysing what types of programmes the person has been viewing. For example, if a person has been searching for cars or has been watching Top Gear, then adverts for those will be shown.

The obvious benefit of addressable media is the personal relationship that advertisers can create with their consumers. “It’s the one on one relationship with the consumer, you’re serving ads which are relevant at the time of consumption … TV will become a medium in the future of not just mass, but of honed down specifics. You are not just throwing ads at consumers,” Collins elaborates.

With addressable media delving deeper into a person’s browsing habits and search histories; some may question whether invasion of privacy becomes an issue. But Collins is reassuring on that point, saying that this system would not be forced on anyone and would operate along the lines of an opt-in service. Despite this reassurance, though, there will still be those who are concerned about what could be coming their way.

At the moment only a select few players globally are experimenting with addressable media, including SKY in the UK; Comcast, dish, and AT&T Networks in America; and SK broadband, and Btv in Japan. As so frequently happens in terms of adopting new tech, South Africa lags behind the rest of the world. Collins believes this offering could arrive in here in a year or two.

“Some of the South African stations are looking at this already and I believe they might be launching not addressable media but, something along the lines of technology that will take them to addressable media,” she says. “Agencies will be involved in testing the technology and being the first to bring clients on board. And working hand in hand with the broadcasters to make sure there is a market for it.”

The biggest problem with addressable media in South Africa is that people need to be browsing the internet on their TVs, a practice which is not that common at the moment. “We see the traction happening overseas. Maybe we are three to five years away, but I think it is starting to happen already. The broadcasters are starting to look at that,” Collins says.

Another problem for broadcasters is the access to the technology required for this as well as the technical skills needed to make this work. In his presentation at the Future of TV Conference Stephen Adshead of MTM explained, “Addressable TV ad market leaders are characterised by large scale, advanced TV platforms and access to high volumes of TV ad inventory. Other TV platform operators are generally smaller scale and, in some cases, have limited access to ad inventory”.

When asked whether addressable media is a threat to traditional TV buying, Collins responds, “I don’t see it as a threat. I see it as another complementary channel, depending on what your objectives are for a client. If your client has a broader awareness you want to get to the mass of people, you are still going to go mainstream television. But if you want to only home in on possible lead generation or possible people who are in the right mindset then addressable media becomes more effective”. Collins also believes that addressable media can work in conjunction with programmatic buying.

TV coping with the digital threat

Concerns around how TV has been impacted by digital are warranted, but Collins believes traditional broadcasting has made a comeback for two distinct reasons. “They are finding that the impact of ads on mobile is not as great as on a bigger television… and secondly, people have funnelled so far down on the marketing funnel that they have created such small audiences on digital”. She confidently states that “TV is here to stay” and “the impact of TV is a lot greater than what people think”.