Real reflection of SA society: Learning about SEMs and the ES 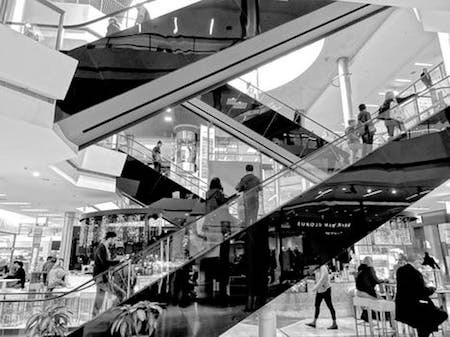 The full 12-month Establishment Survey is scheduled for release at the end of September. The Broadcast Research Council (BRC) is assisting the industry to gear up for this step change by running weekly ES workshops at their offices. These are designed to cover a range of topics from the “fast facts of the ES” to an understanding of the SEMs (Socio Economic Measures), and address FAQs about the ES, and why data looks different in the ES vs AMPS.

The workshop I attended was led by Clare O’Neil, CEO of the BRC, and Setshwano Setshogo research director of the BRC, with Peter Storrar, head of Brand at Kantar TNS, representing the research contractor responsible for the ES and the RAM (Radio Audience Measurement) currency. Despite the formidable presenter line-up, the session was pleasantly relaxed and informative, with plenty of opportunity to ask questions.

My fellow attendees were from broadcaster marketing intelligence departments and were pretty familiar with the ES; it was the SEM section that was the real draw-card. Before we got to them, O’Neil recapped some “ES fast facts”, and made the point that AMPS evolved from a national readership survey into a de facto establishment survey. Over the years, radio diaries were piggybacked onto it, then TV was added into those diaries, the peoplemeter panel was established, and AMPS became the panel control for that; brand and product questions were added into AMPS at a later stage.

The ES, by contrast, was designed to meet the specifically defined objectives of providing a representative view of the South African adult (15+) population and measuring broad media behaviour, using consistent and comparable metrics. In this, it is designed to be platform agnostic. It is also intended to serve as the pool for other panel studies, and it was used to develop the much needed new SEMs.

It was these that we were keen to get into exploring, so Setshogo obligingly galloped through the ES product and lifestyle information, as well as snapshots of the various media. A simple slide depicting the reach build from “yesterday” through to past 12 months against adults left us in no doubt that South Africans are first and foremost consumers of broadcast media. In third place, is the internet which succeeds in reaching half the population within a month. Of course, it is the mobile phone that is pivotal in delivering this wide reach.

We started our exploration of SEMs by going back to their conceptual starting point. At the outset, the brief required that a new household measure be developed which would be capable of objectively segmenting our very unequal society. It required that the segmentation would be relevant and differentiating and offer greater stability than the outdated and flawed LSM measure. The new measure could not be overly dependent on durable items, or, indeed technology, which is rapidly changing. The intention was to produce a segmentation based on how South Africans live, rather than on what they own. In addition, the measures needed to be easy to use and flexible enough to be potentially applied to any marketing or media survey.

Storrar took us through the step by step development of the SEMs, which TNS undertook under the guidance of their renowned segmentation expert, Neil Higgs. The first step was to assemble a list of variables to be tested. These were drawn from a variety of sources: The existing LSMs, the pan-African SES and the IWI (International Wealth Index). The latter was specifically designed to assess household economic status in all low and middle income countries. Finally, 131 variables were included in the ES questionnaire.

Once the required data was collected, the process of correspondence analysis began. The final segmentation had to be able to stand up to rigorous scrutiny, so Higgs was scrupulous in ensuring that the process was absolutely objective and statistically based. Having been in an early SEM development workshop, and also having listened to some industry chatter, I know exactly how easy it is to expound subjective viewpoints. I have heard statements that chest freezers are a thing of the past, and heard the relevance of post offices questioned in this digital age. Hearing about the absolute statistical rigour with which the successive data reduction iterations were undertaken was profoundly reassuring.

The process removed spurious, non-differentiating and overlapping variables until 14 variables were finally identified: post office nearby, police station nearby, built-in kitchen sink, home security service, motor car, deep freezer which is free standing, microwave oven, floor polisher or vacuum cleaner, washing machine, floor material, water source, type of toilet, roof material and number of sleeping rooms. This is a considerably reduced list of variables from those required for LSMs, which should make them easier to apply.

The variables were then used to produce household scores, running on a continuum from 1-100. Ultimately 10 SEM groups were defined, with each group encompassing a 10 score range. While 10 felt like a familiar number thanks to the LSM groups, it quickly became clear that we should not expect to see anything like the population structure we saw in the past. Over the years, LSMs depicted a comforting view of a population moving upwards, with a reassuring bell shaped curve accommodating a sizable and growing middle class.

By contrast, the SEMs assign 44% of the population to the lower three groups and allocate 37% to SEMs 4 – 7. This is a stark picture, but given our country’s notorious Gini Co-Efficient and stagnant economy, it is a more likely reflection of South African society. Efficiently capturing the disparity in living standards was the intention of the SEMs, so it was also interesting to see that the top three SEM groups account for 19% of the population, while the top three LSM groups represent only 14%.

We were taken through the incidence of variables against the 10 SEM groups which helped us to to develop a better feel for these groups. We then looked at their average incomes, the incidence equipment in the household and broad media consumption habits, from which eminently understandable patterns emerged. A set of concise demographic profiles of the SEMs further enhanced our understanding of them.

We were shown the SEM profiles of metropolitan, urban and rural areas; even in metro areas, there is representation of the of the lower SEMs. This is certainly a more real reflection of our society with its informal settlements and townships.

I was excited to hear of another development. While the SEM scoring system produces 10 independent groups, the scoring system is continuous. The scoring detail will now be released to enable planners to define target markets with the utmost precision. Setshogo demonstrated this by looking at the incidence of having a car in the home, as one might if one were intending to advertise petrol, spares or used cars. Predictably motor vehicles were largely found amongst the upper SEMs. A simple indexing process, would have led one to target SEM 7-10.

However, the tipping point, where having a car in home was above the national average, lay somewhere in SEM 6. With the detailed scores, Setshogo showed that it lay precisely at a score of 57. She explained that if we now defined our market as everyone over 57, then we would have added another 1.5 million consumers to our target market. Exact SEM scores will enable planners to not only capture the full potential size of their markets, but to more precisely define target markets. They give planners access to a new level of granularity.

The BRC had also prepared very useful answers to a range of FAQs such as why income is modelled and the reason that income levels are lower in the ES than in AMPS. Sampling and questionnaire driven differences between the ES and AMPS data have been explained. An example of a life-stage based segmentation has been given, a reminder that there are many different bases on which segmentations can be developed: demographic, behavioural, attitudinal. We were provided with a full set of course material.

The workshop certainly made me feel confident that the SEMs are a significant leap forward, and a good solution for a socio-economic segmentation that captures the nuances of our unequal society.

O’Neil ended off by announcing to the group that the BRC were going to be investing more funds into the ES by developing a product and brand module in the form of a self-completion questionnaire, piggy-backing onto the main ES study. The product and brand module will be in field with the next ES wave in January 2018, this data will be released in the September 2018 ES dataset. Certainly, an exciting new addition to the Establishment Survey.