Advertising with an agenda: Is SA ready for ‘hackvertising’? 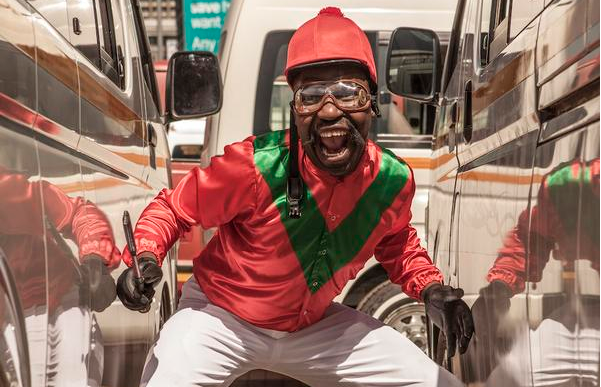 
The three brand aficionados who presented at the recent Branded Content Marketing Association’s (BCMA) inaugural event used engaging advertisements as examples of how the industry has advanced through artificial intelligence and robotics. They also touched on why the relationship between humans and these technologies is key.

Advertising with an agenda

Wayne Bishop, managing director of PHD Media, took an international trend he discovered while attending Cannes and unpacked it in a way that was in-line with the South African social context.

‘Hackvertising’ is a term first coined by The David Agency operating in South America. Finding a social cause or sentiment and trying to insert it into your brand to keep the conversation going is what it means. This is relevant to the South African landscape as international trends in the country mirror what is going on abroad.

For example, overseas there’s the #metoo campaign, started in Hollywood, while here it’s the #thumamina campaign by President Cyril Ramaphosa, as well as #mandela100, which has trended globally.

Played during Bishop’s talk was a KFC advert, which mocks Brazilian soccer player Neymar and his diving antics during the World Cup. Ironically, the advert was created prior to the World Cup, but started trending after Neymar’s performance. Bishop used this as an example of good branded content in South Africa.

“There are five steps to hackvertising that the agency used to make their campaigns work. It starts off with finding a system to hack,” Bishop explained.

Mike Sharman, founder of Retroviral and Webfluential identifies the most important element of communication as storytelling, making sure that an advert is reminiscent of stories as people can relate to that.

“I believe that it is a way of telling stories in a way that is remarkable, that gets people turning their head. A few years back, we were given a challenge to amplify horse racing in Johannesburg, considering that it doesn’t have the magic of the Durban July,” Sharman explained.

“We created the Sansui ‘Jozi Jockeys’ with an advert that featured race horse jockeys driving taxis instead of riding horses. We had to find a way to sell and make Turffontein race course special and we did,” he added.

“With content it’s good enough to tell a story, what do you want people to do afterwards? We need to get the awareness out and get conversion out of it. So from here they see it and buy into it by buying tickets for the event. Using banners as a reminder after people have connected with adverts makes it more likely for them to buy tickets.”

“The recent Netflix ad mocking DStv is similar to an ad we did with Jason Goliath starring as a Kreepy Krauly Wrangler. A brilliant piece of branded content,” said Sharman.

MTN’s chief operations officer Enzo Scarcella was the last guest speaker and took to the floor to share MTN’s strategy, which included bringing ordinary people into their content, and millennials in particular.

“We sponsor the Springboks and we brief an ad company to put together a series of biopics of people who have answered the call for Springbok rugby. When you sponsor a national team it’s largely about patriotism, [so our] three biopics featured Laurie Kay, Os du Randt and Steve Tshwete,” Scarcella explained.

“We decided to plant a journalist who would be paid to follow the team for 15 months until next year’s World Cup. Generating behind the scenes content 24 hours a day, this was a competition that people would enter for. The team coach, players, staff and the agency would vote for the best candidate,” he added.

Scarcella also broke down how they went about inserting themselves into actual video games by placing their branded material in a popular game. They collaborated with gaming company Gameloft to insert their signage and logos on billboards in the game, Batman Arkham Knight.

And if that wasn’t innovative enough, they took it a step further by collaborating with another gaming developer that produced ‘Asphalt’, a racing game which would see the winner of one of the featured tournaments win the MTN Cup.