LATEST NEWS
Home Advertising Is your brand ready for the Centennials?

Is your brand ready for the Centennials? 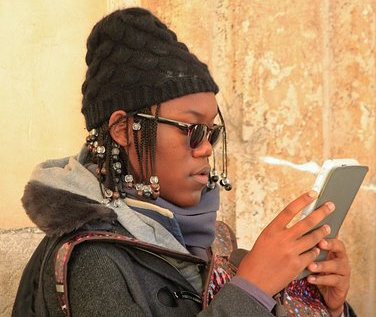 Having been born into a technological world, Centennials are true digital natives and experience marketing and brands in a different way.

The primary aim of Student Village’s new Youth Culture Report was to understand young people from a cultural perspective, via immersive and deeper insight, while enhancing the company’s business. It also sought to undercover insights on a new generation of youth that is emerging.

“We’ve all heard of the Millennials and this word has been on people’s lips for so long. But the truth of it is, the Millennials have now gotten older, but people are still referring to them as the youth. Millennials are actually now in their 30s. So the new wave of youth that is emerging are the Centennials,” says Student Village CEO Marc Kornberger.

They are born post 1993 and no longer fit into the Millennial category, as they come with their own set of world views, beliefs and aspirations.

While previous generations have learnt and embraced technology, Centennials are true digital natives, having been born into a world where cell phones, the internet, and social media are all they have ever known. There is no distinction between the online and offline world.

Another characteristic of Centennials is that they are creating and defining culture.

“They are creating unique identities to call themselves, we call this the brand me generation, and it’s all about defining who they are and by doing that defining culture,” Kornberger explains.

Whereas young people in the past referred to FOMO, the fear of missing out, Centennials are now worried about FOBI, the fear of being irrelevant.

“Imagine sitting around a table with your friends and having a conversation about what’s hot right now. If you can’t contribute to it, and know exactly what’s hot right now, you’re an irrelevant piece of that conversation, and young people are feeling the pressure of it, and it’s about staying connected to the truth all the time,” comments Kornberger.

He believes that this is harder to do nowadays, due to social media and fake news.

The research also debunked several myths about youth, particularly that they are lazy and entitled, defiant of authority and therefore unemployable.

Another myth busted was that the youth are not interested in reading challenging material and prefer superficial things such as the Kardashians. The widely held view that the youth are a homogenous, predictable group, was also revealed to be untrue.

“This generation is exploring entrepreneurship far earlier than previous generations did. We can call them hustlers, but the term being used is the gig culture or gig economy. They are finding so many sources for making money and are using technology in different ways to become more enterprising, working smarter instead of harder,” says Kornberger.

How brands should be marketing to Centennials

Marketers should care about the Centennials because of their serious spending power. The research pegged it at R32 billion per annum, which is more than the average South African.

But how should brands go about connecting with them? More than anything else, Centennials are looking out for authenticity. If influencers are being used to market to them, rather use micro-influencers as proximity is very important to them. Kornberger advises that they are more likely to trust a friend close to them with a product recommendation, rather than a celebrity who is endorsing multiple products.