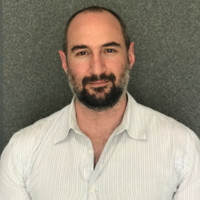 
The Broadcast Research Council (BRC) has finally named its new CEO, after months of waiting following the departure of Clare O’Neil at the end of last year.

Gary Whitaker has been appointed as the man for the job, overseeing the industry body which commissions and oversees the delivery of radio and television audience measurement research for broadcasters, as well as the advertising and marketing industry.

Whitaker, who officially starts on 1 June 2019, has over 15 year’s experience in market research, media strategy, traditional and digital marketing.

In a statement the BRC said, “His immediate focus will be to ensure smooth transformation and future-proofing of the BRC’s currency across radio, television and including managing the transition into digital universe, [and] prioritising multi-media audience measurement in the next 12 months.”

Commenting on the appointment, BRC chairperson Monde Twala said: “We are pleased to have Gary onboard; the BRC remains focused on driving the transformation of audience measurement in South Africa and  we are confident that he will provide the leadership and expertise required to adapt to the evolving landscape.”

The BRC release added that Whitaker was “passionate about the media industry and enabling deep and meaningful consumer insights that form the basis of sound strategies at both agency and corporate levels. For Gary it starts with data and the meticulous setup that accompanies it. Gary has always been known to be a lateral thinker and solution orientated. This step into the BRC as the CEO is the culmination of his multifaceted, self-directed career and his endless pursuit of making a meaningful contribution”.

He will drive the execution of the BRC’s mandate with his operational team of research director Karabo Matobole, research executive Boitumelo Pooe, office manager Anele Ntiuli, and accountant Perceverance Thakhudi.

The next major event for the BRC will be its quarterly RAM survey, scheduled for release on Tuesday, 28 May 2019.