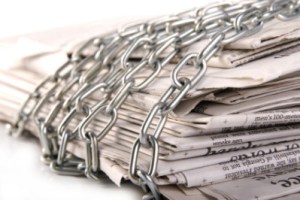 The concentration of media ownership and attempts to legislate the online media environment are the two biggest threats facing press freedom on the African continent, but there are many more that come in many different guises.

Journalists are still being intimidated, jailed, silenced and killed for exposing secrets on the continent, and many countries still do not have the means, or even basic legislation to protect media freedom.

On World Media Freedom Day (today), The Conversation published a powerful piece around the threats to media freedom on the continent. You can read it here.

Gaming giant Electronic Arts has split from its agency of choice, Starcom, shortlisting Hearts & Science, and M/SIX to take over its global media planning and buying account.

The winning agency will work on TV and out-of-home advertising, but will handle digital media in-house.

Digital video is a strong, priority focus, with the company announcing that it has 50 returning digital video series and more than 175 pilots in production, slated to release over the next year.

This year’s Festival of Media Global event will see players from the world’s biggest spending brands attend as delegates, judges and speakers, with lucrative opportunities up for grabs.

With an estimated combined spend of £25 billion from attendees, delegates will be exploring opportunities to use their massive budgets to drive their media and marketing campaigns.

Now in its 13th year, the gathering aims to connect client side personnel with media agency and owner professionals.

Microsoft has taken the opportunity to rebrand its advertising offering with a drive to focus on personalisation and Artificial Intelligence. “In the next year, we’re introducing more advertising products with built-in AI, more connected to your data and your business,” said Rik van der Kooi, corporate VP for Microsoft Advertising, in a blog post.

The return to using the resurgent Microsoft branding signals offerings that extend beyond search inventory and search data. Said Van der Kooi: “It’s a simple shift because our clients and partners already know us as Microsoft, and many are already tapping into our new advertising products that go above and beyond search, such as the Microsoft Audience Network.”

For more, check out the full story on what’s on offer here.

Global hotel group Hilton has created internal centres of excellence, building its own in-house team over outsourcing its media needs to specialists agencies. 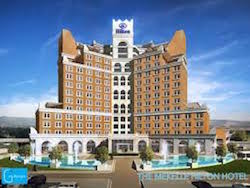 , Hilton’s VP of global marketing, Kasey O’Leary, told the industry magazine the ‘centres of excellence’ were designed not only to streamline and speed up the company’s marketing ops, but expand its staff’s expertise as well.
The company’s global head of customer engagement, loyalty and partnerships, Mark Weistein, said Hilton was “looking a lot at how much we should be doing in-house versus not doing in-house, and that evolution is going on as we realise that marketers can’t be jacks of all trades”.

Read the full story on The Drum.

It’s the voice in the kitchen… 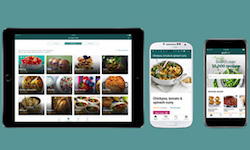 Four in 10 owners of smart speakers keep their devices in the kitchen and this, said BBC Good Food’s head of digital content, Hannah Williams, was not something they could ignore.

Now BBC Good Food, the Immediate Media publishing brand, has repositioned voice from being a risk to an opportunity to be exploited, WARC reported.

“Who hasn’t wanted to cook hands-free when they have been elbow-deep in cake mix?” it quoted Williams saying. “The potential pain points were endless, [and] rationalising them down pretty much impossible. So we quickly decided to give people something to play with, for our cooks in the kitchen to feed back on.”

For more on this, read the story on WARC.