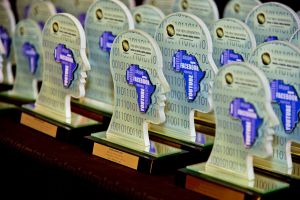 Entries have been whittled down in the 2019 New Generation Social & Digital Media Awards, revealing the shortlisted finalists.

“Overall, it is encouraging to see how entries have improved and increased year-on-year. South African agencies, corporates and students are producing some groundbreaking work and this is an affirmation that the industry is maturing and can only go from strength to strength if the improvements in the entries over the past few years are anything to go by,” says MD Stephen Paxton.

The winners will be announced at a gala ceremony, which will be held at Monte Casino, The Ballroom in Johannesburg on Friday, 4 October 2019. 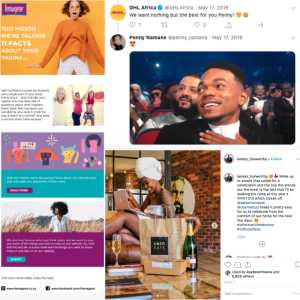 Founded in 2012, the show honours the innovative use of social and digital media as well as cutting-edge use of online media and tools by agencies and in-house marketing teams from across South Africa.

In recognition of the ongoing need to continuously upskill and keep pace with significant changes in the media industry, Meta Media and the IMM Graduate School is awarding online short courses bursaries to four deserving young women at this year’s MOST Awards. 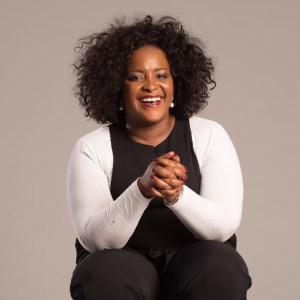 Says Kagiso Musi (left), group MD of Meta Media: “At Meta Media we believe that the exponential change which the industry is experiencing is not going to slow down and therefore must be met with increased learning and education. We have a special interest in propelling our young women forward and it is for this reason that we have chosen to be a partner in this educational opportunity.”

“If we are to continue to grow young, outstanding talent in the media sector we as responsible businesses, need to encourage re-evaluation and updating of skills sets to ensure that we remain one step ahead of the game.”

To read the full story, and for more details about The MOST Awards, which are taking place tonight, click here and check back to The Media Online later tonight and tomorrow morning.

Shoprite has once again been named as South Africa’s favourite retailer according to the results of the 2019 Sunday Times/Sowetan Shopper Survey. Now in its 12th year, the survey – conducted by Kantar – serves as a guide of consumer perception towards local retailers.  While Shoprite maintained its top spot by winning the Grand Prix for overall best retailer, Clicks and Pick ‘n Pay came 2nd and 3rd respectively – switching their positions from 2018.

The complete results were published in a supplement accompanying the Sunday Times on 8 September 2019.

Three winners were chosen to go through to the Animation du Monde 2020 African Continental Final taking place at DISCOP Johannesburg in November 2019.

One of them was South African Kabelo Maaka for her submission The Fam. The other two winners are Lydia Mugure (Kenya) for Agent 254 and Ndanusa Danjuma Judah (Nigeria) for Rosa’s Diary.

The Fam, by Kabelo Maaka had entered into a previous edition of Animation du Monde, and like so many other projects, Kabelo did not make it through to the continental final. Fortunately, Kabelo took the feedback the judges gave her and was able to improve her pitch, enabling her to win the day at NAICCON 2019. 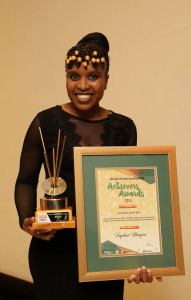 As a previous winner of the Award, Nkanjeni says winning the award feels different this time because her father accompanied her to the event. “It was great having my dad there to celebrate this achievement with me.”

Nkanjeni, who is from Port Elizabeth, said it felt good to have her work recognised.

The Herald and Weekend Post sports editor Alvin Reeves said he was extremely proud of the work Nkanjeni did in providing readers with sporting news from the region.

“She faces many challenges as a woman covering Absa Premiership football but more than holds her own on a daily basis,” Reeves said. “This award, for the second year running, is a just reward for her tireless efforts. “We look forward to bringing you, our readers, even more award-winning journalism in the future.”

Nkanjeni said the support from her sports editor helped her a lot in dealing with the challenges that come with being a woman sports writer. “My editor is very supportive of the work that I do and is one of the key people who encourage me. Many had doubts about my knowledge of sports – I hope this award will erase those doubts,” she said.

Despite the state of the industry, the quality of the entries into this year’s Standard Bank Sikuvile Journalism Awards is still high.

So says convening judge, Mathatha Tsedu. “We have seen Sunday World close and retrenchments at The Sowetan. Ultimately this will impact on the quality of journalism, but this year’s Sikuvile entries show that journalists and sub-editors are still doing a great job.”

Despite the disruptions and challenges in the industry, he says, the Sikuvile Awards are still going strong. “The Awards recognise journalism and journalists, but they also give the industry the opportunity for introspection. In the normal day-to-day production of a newspaper – and any media form – where journalists move from one story to the next, the ability to reflect on the cumulative body of work does not happen,” he explains.

Category winners take home R15 000, a trophy and a certiﬁcate. The winners will be announced at the awards event on 12 September at The Venue, at Melrose Arch.