The disability market: An untapped and bankable segment 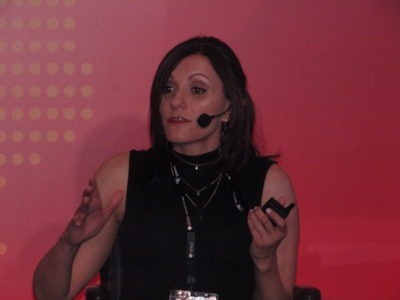 A presentation at this year’s Pan African Media Research Organisation (PAMRO) conference, delivered by Nicole Vergos, service line manager for marketing strategy and understanding at Ipsos SA, shed some light on an often neglected and forgotten portion of the consumer base, people with disabilities.

“People with disabilities have been historically marginalised and often ignored. But the interesting thing about disability is that it doesn’t discriminate. It crosses all cultural, age, gender, and income groups,” Vergos said.

Brands should pay attention to these consumers because “people with disabilities tend to show high loyalty to brands that make an effort to understand them”, she added.

Vergos recently headed up a research study into this consumer segment. An online qualitative community among people with physical disabilities formed the basis for the research. Participants were asked open ended questions over four days, with the first day starting with questions about themselves (who they are, what they do, where do they live).

The second day focused on their in-store shopping experiences (where they shop, how do they shop and why).

“Most of our respondents do prefer to shop instore than online, almost all of their shopping trips are pre-planned because they need to travel with someone or they need to think of places that are accessible to them. And they stick to the places that they know,” revealed Vergos.

A major pain point is the card machine at pay point, because many are not adjustable. They tend to seek help outside (car guards).

The third day of questions continued the shopping focus, but shifted to the products themselves, particularly clothes and shoes (what brands they buy and why).

The final day looked at the transport the respondents use (their experiences of public transport, or their own transport).

“In South Africa this is something that is seriously lacking. Public transport for a lot of our respondents wasn’t even a consideration for them. They said they’ve never used it, wouldn’t know where to begin or if they even could, so they’ve just avoided it altogether,” commented Vergos.

These four main highlights emerged from the research:

“The common, underlying characteristic of living with a disability is the need to innovate, in order to make products, services and environments around us more accessible,” stressed Vergos.

Some of the companies that she mentioned that are excelling when it comes to people with disabilities were Pick n Pay, Woolworths, Sandton City shopping mall, and Cradlestone Mall. She also mentioned Tommy Hilfiger and Toyota as big brands making an effort to be more inclusive with their product offerings and advertising.

The latter recently signed a nine year deal with the International Paralympic Committee to sponsor the Paralympics until 2024. Alongside this, the brand launched the Mobility For All campaign.