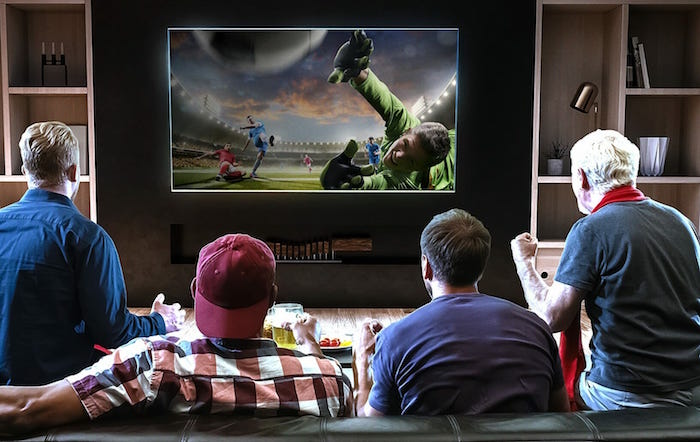 With changing viewing habits come changing measurement tactics. We take a look at our evolving metrics.

That global uptake of streaming and over-the-top media services exploded during the pandemic is no longer big news. Millions were locked down across the world, desperate for some respite from the frightening news. And so they subscribed, gorging on everything from Bridgerton and The Queen’s Gambit to Emily in Paris and Ozark in an effort to escape the pandemic.

Now the competition is hotting up on the home front. Besides Netflix and Showmax, viewers can also subscribe to Acorn TV, Amazon Prime Video, Apple TV, DStv Now and Viu. The financially pressured South African Broadcasting Corporation, instead of launching its own competitive service, has partnered with Viu SA. The popular BritBox, a partnership between the BBC and ITV, entered the market in August.

It has free and subscription offerings (with different tiers available depending on budget), and 4GB data from MTN until end January 2022. Like Showmax and Netflix, it will offer original productions as well as a spread of global content. Top rated shows such as House of Zwide and Durban Gen are available too.

With all the new viewers logging in to streaming services, the ability to measure these audiences has become imperative. While many streamers mostly rely on subscriptions rather than advertising for income, this is beginning to change. New platforms and services are emerging, many of them ad supported. Original content costs a lot to produce, as Netflix and Showmax know only too well. Ad-supported video-on-demand (VOD), said Nielsen recently, is a “big part of the future of TV”.

Enter Nielsen ONE. Announcing the launch late last year, Nielsen described it is a “single, cross-media solution to drive more comparable and comprehensive metrics across platforms”. And, it added, “With Nielsen ONE, advertisers and publishers will be able to transact using a single metric across linear and digital that is trusted, independent and standardised across the industry.” It will come into effect in 2022.

As managing director of Nielsen Media in South Africa Terry Murphy says, “It’s a journey and not a one-stop shop so different parts come in at different times.”

Murphy says the Nielsen Digital Consumer Survey undertaken in August 2020 used data to show South Africa’s total online population, which is significantly higher at the top end. “In South Africa, broadband penetration is really low. We’re a mobile-first country, and a lot of people are watching on mobile,” she says.

The cornerstone of TV measurement

Enter the Broadcast Research Council of South Africa (BRC), the body responsible for measuring audiences for radio and television. “Measurement of streaming/OTT is more important than ever as we see digital consumption increase year on year,” says CEO Gary Whitaker. “Video and audio are still the lead formats both offline and online, and will continue to be for a very long time.”

Whitaker says rapid changes in the video viewing landscape mean it is more important than ever that the industry remains confident in the TV Audience Measurement Survey (TAMS) panel, which he describes as “the core of South African TV measurement”. Whitaker confirms the TAMS panel will form the “cornerstone of video audience measurement in South Africa as the industry moves forward on the path of including additional screens, platforms and services into Total Video (TV). To this end, the 2021 TAMS audit will be a “more comprehensive and expansive audit than in previous years”.

A request for proposals on video measurement will be issued within the next two months, after the audit has been completed, Whitaker says. “The audit will inevitably provide more guidance in terms of what the broadcasters need, but as things currently stand it is important that we measure consumption by platform and device as we are missing ratings when consumption occurs on a mobile device (phone/laptop/tablet). Obtaining granular data in this area is vital and will alleviate some of the issues we are facing in relation to zero ratings.”

Murphy says measuring the video audience starts with the core panel, followed by two additional methods of capturing streaming and OTT viewing; the former requires installation of streaming meters in houses with internet access (which account for an estimated 10% of TV homes). “It captures all the video consumption in-home, in homes with wi-fi, on all devices and all platforms,” Murphy says.

The second method captures OTT consumption, which requires a different solution. A software development kit is implemented by publishers/broadcasters and it tags the content. “We then collect census consumption. So every stream that went out, that was delivered, is measured,” Murphy explains. “Working in collaboration with the broadcaster we’ll be able to know the content down to granular level. What programme, what episode.

“Once we get these two systems running together, through data science we can merge and fuse data to provide a consolidated view for the market.”

And just when we get that sorted out, South Africa will be switching to digital terrestrial television, which will be a whole new ballgame. As Whitaker says, “The analogue switch-off is ensuring that all TV homes/individuals become digital consumers of TV. This will also open up spectrum for the likes of MTN and Vodacom, which will improve network performance in South Africa and inevitably provide a far better end-user experience, which will theoretically increase mobile usage and consumption of video and audio on mobile devices.”

All of which will likely see streaming uptake continue to explode.