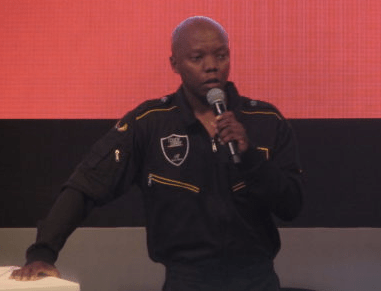 This year’s IAB SA third annual Digital Summit brought together the best digital minds to share ideas, reveal the trends and explore this space. Michael Bratt attended the event to find out more.

Didier Uljasz, managing director of Accenture Interactive, head of personalisation EALA and digital marketing lead for MART, kicked off the Summit with a story on how a cheese maker in France grew to know everything about him, and how this led to him spending more money on cheese. “Intelligent service design resulting in customer experience and a personal relationship will work,” was the lesson Uljasz delivered.

Accenture research highlighted the fact that customers were more likely to buy from a retailer if they were recognised, remembered and given relevant recommendations; consumers leave a website if they were overwhelmed by too many options; and consumers were comfortable with their data being collected if a company was transparent about how it used the data or if they could control how the data was used.

“Companies must uncover a customer’s needs, wants, beliefs and preferences and target them,” Uljasz said, adding that it was about refining transparency, control and service.

The next speaker was Alexandra Salomon, director of international at the IAB who started by showing a television advert for Pepsi. She explained that this advert illustrated the four principles of great digital advertising. They are:

Her message to attendees was, “We have got digital advertising backwards and we are paying the price for that. Marketers and agencies are putting technology first … regardless of the utility or toll it takes on consumers’ experience. Our goal should be to get advertising back in line with consumer delight.”

Salomon urged advertisers and their agencies to “return to a time when advertising was about what moves people. Let’s make experiences our business”.

The power of influencers and their audiences

Davin Phillips, executive director of CSA, was up next to talk about the power of the internet and its influencers. He emphasised that in this world, connectivity allowed brands to reach a broader community. “We are in a day and age no longer limited by infrastructure. We can target individuals and content is king in mobilising an audience,” he said. He also used influencers as an example and how they, as well as their audiences, are a powerful method of promoting brands.

The threat of fake news

Huffington Post editor-at-large, Ferial Haffajee, explored the threat of fake news. She gave a brief history of some prominent fake news stories that have circulated in South Africa, including a picture of her sitting on Johann Rupert’s lap. She said South Africa faced a social media propaganda campaign that was being driven by the “world we live in with growing inequality”, and not necessarily fake news. The shift from people obtaining news from traditional media to them getting it on social media and chat apps was adding to the problem. She added, “If we simply aggregate stories without investigating them, it makes society poorer.” She urged attendees to invest in quality journalism as it was not only important in curbing the fake news threat, but was also important for the country.

Melissa Attree, creative director at Ogilvy PR Cape Town, said content marketing was nothing new. She then made a statement which caused a stir in the audience: “It’s going to cost you. Organic reach is dead!” She also advised, “Face to face is still very important, speaking to real people, even though we are in a digital world” and urged attendees to “start collaborating with people who have power in the niche”. She said print media was not dead, and that it was “just about getting the right content into the right hands”. She said “messenger bots” would be big in the future”.

“Brands must become brave, collaborate with people who have more reach than you do and have more authenticity than you do,” she said. “Lay your brand bare so other people can tell your story for you… Bearing in mind that we need to pay to play.”

The event was livened up by one speaker in particular, Thabo Tbo Touch Molefe, who discussed his new venture, Touch HD, as well as the #datamustfall movement. He revealed, for the first time that “we have poached the best in broadcasting and Millennials to create Touch HD”. He said that for the first time ever, advertisers could be told exactly who was listening to the content. A concierge service was on offer, integrating products into the Touch HD content. A profound point that he made was, “We can create the best content ever, but if we still have challenges with data, then it’s like running a marathon without a finish line”.

He added, “We must be consistent in the fight for lower data. When we say download Touch HD we understand what the market and audience is wanting to listen to”. Tbo Touch finished with a bold statement, “We will not enter 2018 with the same price structure for data, not after our presentation in Parliament”, which was met with a rousing ovation.

The highlight of the speakers in the afternoon was Fahmeeda Cassim Surtee, group marketing and sales director for DStv. She talked about DStv’s hit show, Our Perfect Wedding, and how it utilised both traditional television as well as digital to promote itself. “Television and online together are a power couple,”  she said. “Digital allows for interactivity and engagement with television content. It allows for further television reach, brand building, and measurement.” She also touched on the future of this match made in heaven, virtual reality.

Other speakers at the event included Lee Naik, CEO of Transunion Africa, who spoke about how advertisers should take advantage of digital; John Sanei, who touched on the gamification of everything, and Fiona Buchner who explained more about the progress of the IAB’s Transformation & Education Council and the MAC Charter.

Here is a gallery of photos from the event. (List of winners below.)