LATEST NEWS
Home Digital Think of eSports as entertainment, not a sport

Think of eSports as entertainment, not a sport 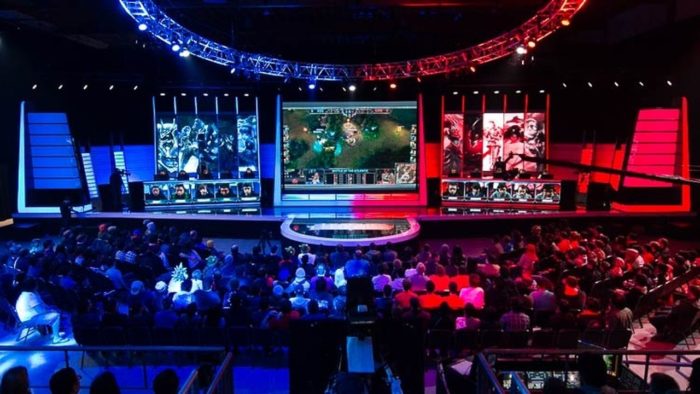 South Africa is lagging behind the rest of the world in terms of the popularity of eSports. But moves are being made to change that.

There is no clear answer to the current size of the eSports market in South Africa. KPMG estimates the industry will be over the R3 billion mark by 2019. Gareth Woods, managing director of Good Game Well Played, pegs the total number of gamers in the country at around seven million, with 1.8 to two million of those being connected gamers, i.e. those who play on online networks such as Steam, Xbox Live and PlayStation. If a gamer is not connected to the internet with their console ,they are unable to participate in eSports.

The biggest gaming league in South Africa is hosted by Telkom and consists, at last count, of an estimated 1 200 teams. With an average of four to six players per team, depending on the game being played, this equates to between 4 800 and 7 200 players. Woods estimates that around 10 000 gamers participate in eSports in South Africa currently, but it’s difficult to quantify because in his words, “just because a gamer competes online, doesn’t mean they participate in eSports. Also, there is overlap between teams and gamers entering different leagues”.

The global eSports market is expected to reach 180 million enthusiasts by 2019, generating revenues of around $1.1 billion according to NewZoo, reveals David Sidenberg, executive director and CEO at BMI Sport Info. “It is estimated the local market will generate revenues in excess of over R100 million in 2018. From a BMi perspective however, the actual rand value of our eSport market is secondary to quantifying the rate at which the industry is growing in South Africa,” he adds.

A distinction has to be made between what is considered an eSports game and what is considered ordinary online play. Just because a player is connected to the internet doesn’t mean they are participating in eSports. The biggest differentiating factor is that eSports has games that hold spectator value. For example, Fifa is the top selling game in South Africa every year, but it is not big in eSports because it doesn’t target viewers, only players.

Woods uses this analogy: “Golf has a massive player base but not a huge viewership that don’t play. I can’t think of anyone who watches golf that hasn’t played it or knows someone who does. Whereas soccer and rugby have big audiences of people who don’t play it but watch it. It’s the same with eSports. You have games that have a 40% viewer base of non-players”.

Woods credits the appeal of eSports due to its ability to allow viewers to watch things that they can’t watch ordinarily. “For example Counter Strike, there’s no TV show like that, you can’t watch a real life sport version of that. Which is why electronic versions of real sports aren’t as successful with eSports… why would a person watch two gamers playing a soccer match against each other when they could watch the real thing?”

Even though moves are being made to advance eSports in the country, a lot of hindrances still remain. “A lot of the foundations are not in South Africa,” explains Woods. “Things like awareness. We are trying to transplant big ticket, big prize pool tournaments here… but there isn’t a big base of players and awareness around eSports. The issue at home is the relevance factor to everyone else”.

Dispelling myths and long held beliefs around gaming is the start of this process, along with getting influencers on board.

Most South Africans will ask ‘why should I care?’ because they are not gamers. A focus on massive prize pools and glitzy and glamorous events doesn’t increase interest in eSports. “Education in terms of what eSports is has not been done … We haven’t treated it as entertainment, we’ve been treating it as a sport which people don’t understand or are not interested in,” Wood stresses. He compares eSports with WWE professional wrestling, which has survived for so long not because people care about the wrestling itself, but because they are invested in the characters and storylines that have been created.

Regulation is one of the biggest challenges facing the global industry, with teams, games and leagues trying to determine how to organise and structure the sport. The question of who owns the streamed content is also a challenge facing the industry as no one has been able to define who owns the live-stream (be it Twitch, the player or the game), who owns the fan streams from live events, and who owns the gameplay content being broadcast.

While the online viewing platform Twitch saw a 50% increase in South Africans viewing numbers of eSports in 2017 alone, the biggest concern is that they are not watching local streams, but rather international streams. Attendance at live events is nowhere near global levels, with only 3% of BMi’s research sample stating they attend live eSports events. Moves have been made to improve these numbers such as the introduction of the VS Gaming League, and SuperSport’s agreement to broadcast GINX on a dedicated channel. However, much more work still needs to be done to boost these numbers, but one could argue that this is one market where quality of audience reigns supreme over quantity.

BOO! Sports Marketing, a newly launched division of BOO!, is the exclusive partner of Mind Sports South Africa (MSSA), the governing body of eSports in the country. Managing director of BOO! Sports Marketing’s Richard van der Schyff says his company is creating an inventory of eSports elements in the country, including leagues and tournaments at all levels, and packaging them into sponsorship proposals being taken to market.

“The target market and the gamers themselves are what make it very attractive. Historically they have been a very difficult person to engage with, get in contact with or speak to in sort of brand speak. What eSports is allowing us to do is categorise the players and develop mechanisms to get in touch with them and have conversations with them,” explains Van der Schyff.

Woods agrees with Van der Schyff adding, “Engaging authentically with Millennials’ passion points is how you get hold of them… and gaming is already one of those things and is becoming more and more relevant locally where people are spending their time and are interested in.”

According to NewZoo forecasts, global sponsorship spend will reach $655 million by 2020, while ad spending in the eSports industry will climb to $224 million. Sidenberg stresses that the key to reaching the eSports market with brand advertising is to do this authentically, creatively and in a way that enhances, rather than interrupts their gaming experience. A good way of doing this is through endorsements by star eSports gamers, whose audience will see this as a way of getting closer to that player, rather than pushing advertising on them.

The majority of eSports gamers are millennial type individuals; there is a good split between male and female, there’s a sweet spot in age between 18 and 24, and it’s a target market that brands have struggled to understand, get to know, and talk to and yet they offer a fairly large return in terms of spend and influence in the market.

Brands that are involved in gaming, including PC and console manufacturers, cellular networks, and accessory manufacturers and suppliers, are a natural fit for eSports advertising opportunities. These range from title sponsorships for a league, being named an MSSA partner, coming on board as a product supplier, to being a venue or city partner.

“Not everyone is going to come with the same budget so we need to be flexible in terms of how we engage with potential sponsors. My overriding mantra is ‘find the right fit with a sponsor, get them on board and then look to grow the partnership,’” says Van der Schyff. He adds, “Since eSports is a new frontier, we can’t be coming into the market charging massive prices for advertising. We need to be demonstrating value.”

While he is reluctant to divulge actual pricing numbers for these advertising opportunities, he reveals they start in the hundreds of thousands and move up to the early millions. He stresses that they offer real value compared to what is out there at the moment.

Call it competitive gaming rather than eSports

Woods would rather label the activity as competitive gaming, rather than eSports, because, “by calling it eSports too many parallels with sport are being associated with it, which has stagnated the narrative. Too many people are worrying whether it’s a sport, it doesn’t matter. What we need to get into our heads now, is that it needs to be about entertainment”.

Sidenberg excellently summed up the position of eSports in the world stating: “Whether or not you like, dislike or even understand all the hype around eSports, one thing that is abundantly clear is that it is here to stay, and not surprisingly the money is beginning to follow.  So as it continues to grow, with suggestions of Olympic inclusion on the horizon – ignore it at your own peril.”

An article by Margie Knapp, senior strategist at The MediaShop, from earlier this year gave more insights into the growing phenomenon of eSports. You can read it by clicking here.