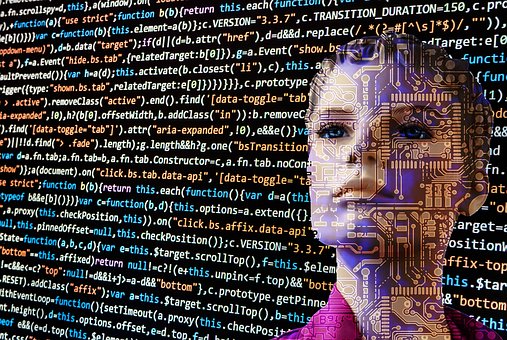 OPINION: To be clear, I believe that AI is way over-hyped these days, particularly for the ad industry. For sure, the capacity for computer systems to become smarter, faster, more predictive and accurate, as a result of AI techniques like machine learning, will have an important and lasting impact on advertising.

However, to believe that we will all wake up in three years and find that our lives as advertising and media professionals will have been transformed by AI is ludicrous. The impacts of self-learning computers will take many years to really manifest themselves. Besides, it’s hard to imagine that an industry like advertising, embracing basic empiricism and data-based decision-making, is going to be changed very much or very quickly just because computers will be able to give people better numbers sooner.

That said, however, I do believe the TV ad industry, where I spend my time these days, will actually see some not-insignificant effects from AI in the near term. Here are two examples that jump to mind:

Digital-like attribution: Today, most TV ad attribution to sales is based on mix models that rely heavily on correlation and regression-based models. They look to the past, not the future, cover long time frames, and are primarily useful only for strategic media and marketing allocation decisions.

With AI’s capacity to run increasingly sophisticated predictive models against massive disparate data sets of media exposures and consumer actions and purchasing, linked at the impression and household level, we are already starting to see media attribution at the campaign level with causation provable at levels more akin to how the pharmaceutical industry works. Thanks to AI, we can now build and run powerful synthetic tests and controls on campaigns. Finally, TV is now able to be compared to digital when it comes to ad attribution.

TV plans and buys that actually match up: It’s a running joke in TV advertising that what’s planned is never bought. How can it? TV plans are created months and quarters before campaigns are executed. At that point, no one even knows what the shows will be. Instead, the industry falls back on defining everything with really simple — and extraordinarily blunt — audience metrics like demographics, gross rating points, networks, days, dayparts and average rating points.

That approach was fine for the TV world of the 1980s dominated by three broadcast networks. It’s worthless today.

Buying demo-based GRPs in today’s fragmented TV world, where 75+% of national viewing occurs on episodes with a rating below 0.5, is a recipe for buying massive amounts of wasted frequency. Campaign plan optimisers powered by artificial intelligence today can actually evaluate and optimise against potential audience duplication at the household level for every potential combination of spots on all networks across all dayparts.

To put this into perspective: There are 250 000 different ad spots shown on all Nielsen-rated national networks every day. The number of potential different audience reach and frequency combinations that could be generated by those spots over a three-week campaign is N to the power of 34.

How big is that? That number is greater than the number of atoms in the known universe. However, an AI-powered plan generator — with the right data available — can spin those calculations in less than 10 minutes. Most importantly, the AI-generated plan is likely to deliver 25% more reach on average than legacy plans, and probably twice the ROI.

Not ready to talk AI yet? Don’t like acronyms invading your business? No worries. Most of this work will go on beneath the surface of the systems that you use. All you need to worry about is demanding the double ROI that AI might bring you.