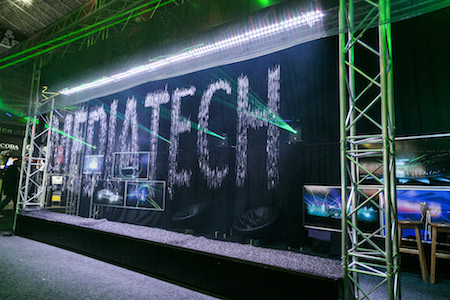 Consumer needs has to be the driver behind incorporating technology into business. That’s the view of Tessa Conrad, global director of operations for TBWA and DAN Worldwide. The Media Online sat down with her to discuss all-things tech, and how advances will potentially impact the media space.

“Consumer behaviour is driving technological changes. You have to meet the consumer wherever they are coming from, be it offline or online,” she begins, adding, “Tech will be used to take away some of the things that took too much time for marketers and then bringing in bigger things”.

Here are her top tech trends to watch in today’s world for media practitioners:

Artificial intelligence complements higher performance, Conrad believes, and she is enthusiastic about mixed reality, which is still in its infancy, a discipline that merges virtual reality with real world experiences and activations. She is also excited about the potential of voice and its future capabilities.

“When it comes to tech, it always comes back to the consumer. I don’t believe in doing something technological just for tech’s sake. It must add value to meaningful, long-term client objectives,” she says.

She admits that tech advances are still fairly cost-prohibitive in South Africa (particularly due to high data costs), but touts the creativity and innovation of the country to overcome limitations. South Africa, she says, is a “leapfrog nation” (this is positive), which allows it to learn about barriers and how avoid them.

A new way of working

People, tools, process, and monetisation should be the focus areas of a business in developing a new way of working.

“Ideas can be big, sexy and amazing, but you’ve got to be able to make it work,” comments Conrad.

Ensuring you have the right people is crucial, having clarity and organisation, and being judgmental of and adaptable of tools are just some of the factors.

“Set specific primary and secondary objectives as to what you want to achieve with your interactions, because that needs to change how creative comes in and goes out,” she advises.

The metrics for digital success

Asked about which metrics mean the most for measuring the success of digital campaigns, Conrad replies, “Any data that you can look at, you should. But the really important one is tracking the consumer’s path of interest. When you know how customers are interacting with your brand, how often they’re looking at your products, how often they look before making the purchase, sets you up to know.”

She stresses the importance of multi-platform marketing, taking it outside of the digital world and on to billboards, activations, and print.

This is a shift from specialised service offerings to integrated ones. “It’s now not possible to have digital people in a corner and not bring them in to everything of how you work. To involve traditional people and digital people in every step of the process.”

The next step is applying the very same thing to data people, and not leaving them in their own corner, but also including them in the processes.

Conrad identifies data privacy as a key issue and focus in the immediate future, stressing that “we’ve got to be more conscious of what we’re giving users for their data, being very responsible in how we are using that data, and making sure that they’re aware of what we’re doing”.

She anticipates increased fear from consumers about their privacy, leading to more expectations of accountability and transparency by the big tech companies.

While she respects Google and Facebook, she also admires Amazon’s current positioning and growth strategy, and is rooting for the smaller companies who are fighting against these larger machines.

The role of PR

Conrad believes the role of public relations should move further up the funnel, rather than being an afterthought at the end of it. Having a considerate, upfront strategy can assist in identifying its role fully and utilising it to maximum effect.