Posted By: Michael Bratton: May 24, 2019In: Agencies
Print Email 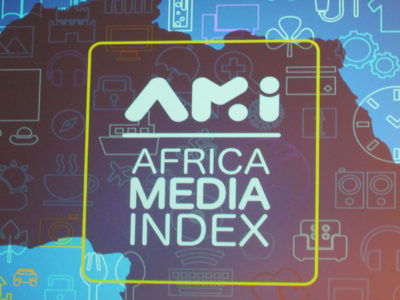 New research from GroupM into the media industries, and factors which affect them, of 14 Sub-Saharan African countries has provided some thought-provoking insights.

The Africa Media Index, a collaboration between GroupM and In On Africa, deep dives into five factors in each country: Economy and Business, Media Landscape, Media Consumers, Technology, and Governance and Legislation.

At least 10 statistical indicators were allocated to each factor to determine the ranking of the countries, and data was gathered from various sources, including the World Bank and the United Nations, similar indexes, and interviews (both online and in-person) with media practitioners from each surveyed country.

How does South Africa stack up?

South Africa came out top in each of the five categories, unsurprisingly putting the country first in the overall rankings.

Ghana ranked second, even though it underperformed in the Media Consumers and Government and Legislation categories (ranked fifth in both).

East African nation Kenya came in fourth, as it struggled in the Technology and Governance and Legislation categories (ranked sixth in both).

South Africa’s other neighbour Namibia rounded out the top five, pipping Nigeria, but it fell well short in the Economy and Business category (ranked twelfth).

Zimbabwe, Angola and Mozambique were the bottom three nations in the rankings.

The overarching theme which can out of the research was that, “Africans are diverse as individuals but tend to have uniform tastes in what they wish to receive from their media services. Enabled by the latest technology, investors can meet consumer needs and advertisers can tap into consumer desires.”

Here are the key insights gained from each category as well as the top five country rankings:

Economy and Business – Service sectors dominate most countries’ economies, with the media being a key contributor, as it allows service-oriented businesses a platform to advertise. The internet and increased penetration of mobile has created an explosion in access to financial services for Africans.

South Africa, Kenya, Ghana, Nigeria, Botswana (from one to five).

Technology – Technological upgrades are consistent in all African regions, but poor electricity availability remains a drag on media growth.

South Africa, Botswana, Namibia, Kenya, Ghana (from one to five).

Government and legislation – Governments pursuing reforms are creating more opportunities for media investors and more options for media consumers. While some governments continue to control large broadcast operations (with some being monopolies) cost and competition are taking their toll on the sustainability of state media. ICT is seen by countries as key to economic development, and public-private partnerships are being launched to expand media services.

South Africa, Namibia, Botswana, Ethiopia, Ghana (from one to five).

Why conduct this research?

GroupM CEO for Sub-Saharan Africa, Federico de Nardis spoke to The Media Online and explained why this research was done and how his agency is shifting its strategy and approach to Africa.

To get your hands on the research, for free, which includes the rankings, key takeaways and profiles of each of the surveyed countries, email marketing.africa@groupm.com.