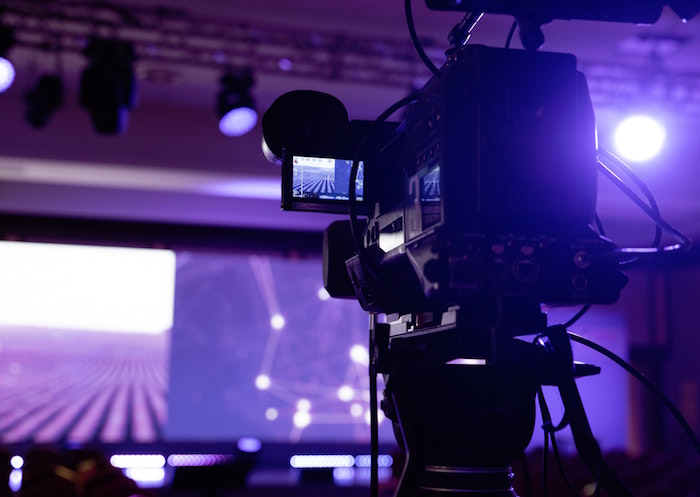 While 2020 was undoubtedly an extremely difficult year for the world, it was a mixed one for large parts of the media and entertainment industry. This article is part of the Davos Agenda.

Shutdowns of location-based entertainment – concert venues, movie theatres, stage productions, festivals, sports stadiums and more – massively limited our exposure to the ideas, values and social benefits that these sectors offer, as well as opening up a chasm of precariousness for the huge numbers of people they employ.

These closures, combined with a drop in ad spending among large marketers, mean that global entertainment and media revenue in 2020 fell nearly 6% compared to 2019. At the same time, digital consumption grew – especially over-the-top (OTT) video streaming and gaming – normalising a shift towards online media that the industry has been managing for several years.

Last year, we explored how this behavioural change may play out across media sectors, including gaming, music, advertising, film and sports. Going into 2021, the industry – perhaps for the first time this century – is focusing less on whether individual sectors can become financially viable and more on how to maintain the growth created in 2020.

Definitions of success in media are changing

This next phase, however, comes with its own challenges – not least of which will be how to define success. While it’s difficult to generalise across sectors, the ease with which consumers can substitute media consumption – especially as boundaries between categories blur – means that real return on investment is dependent on media companies’ ability to both create original content and keep consumers coming back for it.

Using video content as an example, video streaming providers today rely heavily on exclusive IP to acquire new subscribers. As data from ANTENNA shows, major movie releases during the second half of 2020, such as Hamilton and Wonder Woman 1984, were significant drivers of new sign-ups for Disney+ and HBO Max in the US.

By many metrics, these releases could be termed a success – after all, they each generated multiples of the average for new subscriptions. But in today’s media environment, new subscriptions are no guarantee of loyalty.

Of the users who joined Disney+ on Hamilton’s opening weekend, close to a quarter had cancelled within a month; after four months, more than 40% of them had left the service. Furthermore, this group unsubscribed at a faster rate than those whose registrations were not linked to a specific content launch. In today’s media environment, if the “kingmaker hits” that produce new subscriptions do not convert into a catalogue with “durable value”, they are effectively failed investments.

Video may present the most striking example, but comparable dynamics are observable in other media categories too. For instance, in news, Piano data shows that digital subscribers that sign up through free trials are more likely to cancel at the end of their promotion than those who sign up at full price. Again, tentpole hits are crucial to creating momentum among consumers, but providing reasons to return is equally important.

A wave of creation or retrenchment?

As more media providers redefine their strategies to balance quality and quantity, what will be the impact on the overall media landscape?

The companies putting the most weight behind their own services (such as Disney, Netflix and NBCUniversal) are finding that ring-fencing content might serve their interests for now – but may harm other parts of the value chain in the long term. In the movie industry, for example, the trend toward direct-to-consumer releases works well for those with the scale and production capacity to produce and distribute by themselves. But will it spell the end of indie films that don’t qualify as blockbusters, and are considered too niche to be worth adding to a conglomerate’s mass appeal library?

If this is a problem of the internet’s making, it’s possible that the characteristics of the web could also present a solution. Platforms such as Substack, TikTok and YouTube, which attempt to match independent creators with audiences, provide the tools and distribution for a massive number of creators to potentially thrive, opening new channels for content tailored to specific audiences.

But even here, discovery is very difficult without recommendation or curation. Only a small number rise to the top, and, once there, the incentives for breaking away become stronger. (There’s a reason the Duke and Duchess of Sussex made their podcast deal with Spotify and not Luminary.) Does this apparent concentration of power leave room for new discovery, or will it make it harder for new creators to break through?

Ultimately, the scale of innovation and content creation still make this an exciting time for consumers; finding ways to reconcile the opportunities with unintended consequences will lead to a stronger media industry in the long term. That said, the business of media will always be subject to regulatory oversight.

In the US, for example, vertical mergers of technology, media and telecommunications companies have led to a focus of attention among competition regulators, due to their potential impacts on pricing, market entry and investment. Guidelines were released by the Department of Justice in 2020 that may have implications for media companies around the world. The possibility exists that even the best laid corporate strategies could be upset by government intervention. Just like our favourite Netflix dramas, these dynamics mean the media industry will again be impossible to ignore in 2021.