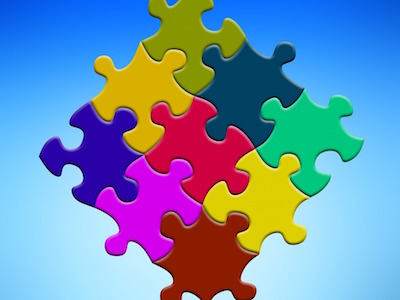 SAARF’s new proposed marketing research was met with scepticism, concerns and optimism by interested parties in the media industry who attended an event detailing it, at the end of last week. Michael Bratt spoke to several of these people to get their reaction to and thoughts on the new research.

During the Q&A session at the event, Broadcast Research Council (BRC) CEO Clare O’Neil emphasised that the BRC was open to collaborations with SAARF and encouraged dialogue between all interested parties. She re-emphasised this point when approached for comment saying, “The BRC’s doors remain open and we look forward to engaging SAARF, AMF, and MASA on the subject.”

O’Neil also chronicled previous involvement between the interested parties saying, “… I think it’s great that the AMF, MASA and SAARF are engaging the industry on the subject of products and brands and commend the collective for holding the session the other day. To re-iterate, the BRC’s doors are open to all parties to engage on the subject of a product and brand diary (questionnaire) piggybacking onto the industry-wide ES which will be coming out at the end March 2017. SAARF, AMF, and MASA were all part of the ES tender process, conducted by Yardstick, during the course of 2015, where the products and brands section was included into the tender (in terms of approach and the costs). The AMF are a signatory to the ES agreement and have played an active role in the ES process to-date.”

She added, “I was heartened at the fact that the MASA, SAARF, AMF representatives commented that they are open to looking at any proposals for collaboration and proposals that illustrated cost benefits to all parties. The ES has a robust sample of 25 000, which is representative of the South African population (Metro, Urban and Rural); the ES is an inter-media study, covering all demographics, lifestyles and a newly updated (and reflective of the South African population) segmentation model. This study (as we saw in the tender process) is the perfect delivery mechanism for the leave-behind product and brands diary questionnaire, which would cost the marketers R11 million. There certainly are cost benefits and economies of scale if MASA would agree to piggyback onto the ES (as originally agreed at the onset of the ES tender process).”

It would be madness to have two surveys, two ‘LSMs’ and two currencies

Peter Langschmidt, general manager of the Publisher Research Council (PRC), sent a report to his subscribers the morning after the event, sharing his thoughts on the new proposed research. He said SAARF’s presentation had showed research conducted by acting CEO Johann Koster in 2015. This made it clear that marketers wanted an independent body to conduct research, and were prepared to pay for it. “They did not show the R1 million future-proofing study conducted by Jos Kuper, based on international JICS, which showed that the best model is a centralised ES or hub survey  with each medium or constituency controlling their own destiny and surveys that link back to the hub. I was a board director of SAARF at the time,” Langschmidt said.

“The AMF are signatories to the ES contract (interested party) together with the PRC, BRC and TNS. (The late) Gordon Patterson had the mandate to be part of the ES tender process as the representative of both the AMF and MASA. He was on the ES steercom and now Celia Collins from the AMF attends every meeting. Virginia Hollis was also on the ES tender adjudication committee as was Marie Roussow from SAARF. Chris Botha from the AMF was on the PAMS TEC.

“So they are an integral part of the new media research framework, which costs R100 million over five years or R20 million per year. And yet they propose launching AMPS again. A competitive survey, doing exactly what the ES does, with a new LSM costing R35 million per annum! This is against international best practice of a hub and donor surveys, and more importantly, will cost the industry an additional R20 million per annum… SAARF could get brands and products on a leave behind diary on the back of the ES for around R11 million, in field by January next year for the third ES wave.”

Langschmidt said the marketers and agencies needed to be involved. “We are a small country, we need to combine media and client money. We have involved them every step of the way in our RFP, adjudication and ongoing steercom. The AMF are signatories to the ES contract, therefore it was with incredulity that we saw that they wanted to start again from scratch and recreate AMPS with its own currencies and a new LSM. This would be madness, to have two surveys, two ‘LSMs and two currencies.”

Langschmidt said the PRC was still “very keen” to work with SAARF, but within the best practice of ES hub and donor brand framework”. He said they had “reached out to the AMF and MASA to discuss this further with them; we simply can’t understand why after 24 months of working together they want to reinvent the wheel and embark on an ‘Ark strategy’ (two of everything). Apart from creating double currency mayhem in the industry, with the fundraising and tender process it would take at least two-and-a-half years to get to market, and cost an additional R20 million per annum.”

Ricardo Lopes, strategy director at OMD, said while there were challenges and obstacles to overcome, “the reality is there has never been a better time to review industry research and take the opportunity to future-proof.”

Commenting on the structure and costing models put forward for the proposed research, Lopes said, “I like the phased approach to the proposed way forward. I believe (if implemented correctly) media and marketing professionals will glean valuable and actionable insights from the research. I am always an advocate for more data; the more we have access to, the greater the impact we can have on a client’s business. In terms of the proposed funding model, we can have more hypothetical discussion on how it should be undertaken, the reality is that Marketers will need to fund the research and determine the way forward.”

OMD’s involvement in this research was via its seat on the AMF. “We will continue to input into the proposed research via this channel. Ultimately, the ball is now in the marketers (MASAs) court; we will support them however they need,” he said. “We have an opportunity to build a truly integrated multi-media industry research platform that will enable us to gain greater understanding of not only inter-media consumption but greater depth with regards to how media and brands fit within consumers’ lives. The biggest mistake we can now make is to be indecisive; let’s make the decision and move forward.”

Martin MacGregor, managing director of CONNECT, an M&C Saatchi company, lauded the initiative and was, in principle, positive. “The South African marketing community needs a replacement for AMPS. It’s a fundamental pillar of being able to market any brand in South Africa, and as one speaker put it, it is key for marketing to have a currency that can stand up to interrogation at the boardroom table.” But MacGregor also raised some key areas of concern, mostly around differences of opinion, tension and politics.

“Is it too little too late?”, he asked. “This train has been coming for a while, and the fact that real action is being taken now (when it should have been in 2013), does mean that there is an air of desperation. This does feel like the last opportunity to salvage something from what AMPS was and because it all feels a bit rushed, there is uncertainty and perhaps a resultant lack of confidence.”

He questioned the importance of independence. “The BRC is obviously way ahead of the curve and the imminent release of the Establishment Survey is proof of this. The question was asked a number of times about whether it would not be cost effective to rather work closely with the BRC and evolve the ES into what AMPS was. The push-back was independence and the distrust of broadcaster funded research – and the fact that independence was global best practice. It is clear the BRC don’t agree. In tight economic times, can we afford the luxury of another survey based on a perceived bias? How important in the South African context is this independence?”

He also drew attention to the affordability issue. “Can marketers really afford this subscription? I’ve been in enough marketing budget discussions across enough categories recently to know that every cent is counting at the moment. They are under severe pressure within their businesses and marketing budgets are being picked apart. From a media agency perspective, I can’t help but feel that this further cost pressure will impact negatively on retainer fee discussions as they will invariably be seen as coming  from a similar pot.”

MacGregor wanted to know if data leakage in media agencies be avoided. “I’m not convinced that having some clients subscribing and others not is going to work within media agencies. It’s all very well to talk about everyone being principled, but I’m cynical about how the data will be abused and used where it shouldn’t. Pressure from unscrupulous clients or favours to please will result in quite a bit of leakage. And let’s be honest, media agencies haven’t historically covered themselves in glory when it comes to transparent behaviour. And what about pitches – how will media agencies be able to access the data for these?”

Nevetheless, MacGregor said he hoped the research would go ahead as it could only enhance the role of marketing and all communications. “Hopefully the issues above can be solved and we can move beyond this time of uncertainty which hasn’t been healthy for anyone.”

Where does TNS fit into all of this?

During the Q&A session at the event, the question was asked why TNS’ research was not being utilised by marketers and where this research fitted in. Ask Afrika CEO Andrea Gevers answered this query. “TGI’s research has been available in South Africa since 2003 and is widely used in the media industry. Most marketers utilise our research, and it can be effectively positioned as an industry body product”. She adds, “TGI has a proven track record in South Africa; it would take mere weeks to adapt it to an industry-body client, and it costs half of the proposed AMPS project. TGI doubled its sample size to 30 000 during 2017, the first wave of results will be available to all subscribers during July this year. TGI currently measures 8,000+ brands,” she said.

Gevers also shared her thoughts on the way forward. She said there were “significant commonalities between what the industry is proposing as a solution and TGI’s research.

“We are very open to collaborating with SAARF and the industry as a whole on research, our purpose has always been to service our clients and industry,” she said. “SAARF has expressed a need to own the measurement, whether it is a totally new AMPS, or a TGI solution. We can confirm that we are open to contracting ownership with the industry – various options are possible.”