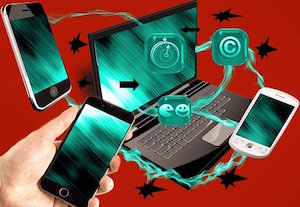 This is the slowest rate since the the dotcom boom, and will mean that digital loses top spot as the fastest growing advertising medium for the first time in two decades.

Surprisingly, cinema, which is forecast to grow by 12%, will overtake digital to the top spot. This as brands seek risk-free space to spend their ad budgets, with them returning to traditional media. Many are concerned by digital scandals, such as Cambridge Analytica, fake news and adverts appearing next to inappropriate content.

For the full story, published by The Guardian, click here. 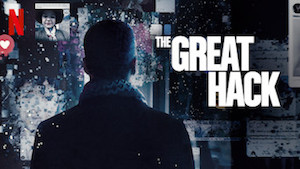 A new film on Netflix has drawn comparisons between social media apps and crime scenes. The Great Hack, said the film’s directors, wanted to “help us all understand how our information is being used and to get everyone talking about it”.

In an interview with BBC’s Radio 1 Newsbeat, director Jehane Noujaim said the apps we use daily are all “crime scenes”. The documentary film is based on the Facebook Cambridge Analytica scandal in which data from millions of Facebook profiles was handed over and used to tailor ads to their feeds for political campaigns.

These included Donald Trump’s presidential campaign, the the Brexit campaign to leave the European Union.

WPP’s GroupM is transitioning to new global leadership. As of 1 October 2019, Christian Juhl will take over as global CEO, replacing Kelly Clark.

Juhl will be tasked with overseeing 35 000 people and $48 billion in annual client billings.

Netflix on a losing streak 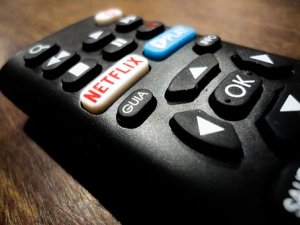 While video on demand is the bees knees these days, Netflix is going through some tough times. The VOD company’s stock has recorded its longest losing streak in five years, posting nine straight days of losses.

Since July 11, the stock has shed nearly 20% with the steepest losses – to the tune of $24 billion – coming after the company’s disappointing earnings report.

The company also added fewer international subscribers than expected, and US subscribers contracted for the first time in nearly a decade.

CNBC has an analysis of the streaming giants predicament, which unpacks why the pain may not be over. You can find that, here.

A global survey of 1 000 CMOs and other senior level marketers in 10 countries by Dentsu Aegis Network has revealed a disconnect in the priorities of CMOs versus those of consumers.

Consumers rated the legacy of a company, its transparency and legitimacy higher than the marketers. 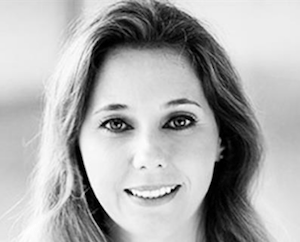 In another personnel departure news, while Vodafone is in the midst of an estimated £400m global media agency review, as well as a restructuring around an in-house digital media model, the company has received word that its global director of brand and media, Sara Martins de Oliveira will be leaving.

Sources said De Oliveira was leaving due to a family relocation, and a replacement for her would be made, though no formal process had started yet.

Last week, the telecommunications giant revealed that the agency pitch is in its final stages, with WPP incumbent Wavemaker battling Dentsu Aegis Network’s Carat in the final round of pitching.

The Drum has more information, here.

Staff at Vice UK have unionised, becoming one of the first British digital media publications to do so. They have joined the National Union of Journalists following four months of discussions, The Guardian reported.

‘Mother of chapel’, Vice writer Ruby Lott-Lavigna, told the newspaper the move was “indicative of a wider change. We want to see repercussions across the new media industry”. Staff urged other digital media staff to follow suit as the turmoil in the sector, job cuts and financial struggles continued.

Read the full story on The Guardian website here.

Major advertising and media agency holding companies WPP, Omnicom, Publicis, Interpublic and Dentsu have been named by the Australian Competition and Consumer Commission (ACCC) as having “opaque” pricing systems.

The ACCC in its Digital Platforms Report has recommended an inquiry into the “black box” process of buying and selling ad space. It said there could be an incentive for agencies not to pass on cost savings, discounts or refunded payments received by agencies.

Mumbrella has the full story. 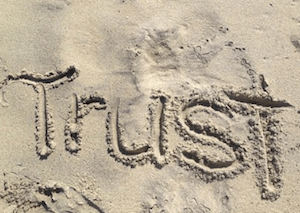 The World Media Group (WMG), a strategic alliance of the world’s premium media brands, has reported that ads place within a trusted editorial environment yield “significantly’ better results in terms of attention and viewability.

The research revealed, “Independent analysis from SAAS analytics and measurement firm, Moat, shows that premium digital inventory running across the World Media Group’s brands in Q3 2018 outperformed Moat’s benchmarks by between 13% and 144%”.

Alex Delamain, chairperson of the World Media Group and SVP, Head of Sales & Client Services, EMEA, The Economist, said: “The impact of poor quality journalism and fake news over the last couple of years has made consumers much more savvy about where they go to for information.”

Delamain added that trusted editorial sources including the titles in the WMG’s portfolio had experienced a positive boost as a result… “we’re now seeing a halo effect, translating into a more engaged audience for advertisers. The Moat analysis underscores what we have long believed – that consumers are more receptive to advertising when it’s presented within an environment of high quality content that they trust.”