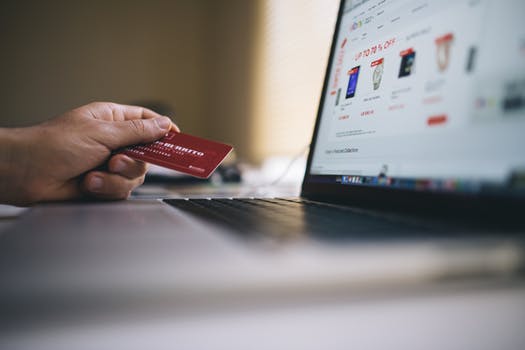 The times of simply having traditional banner adverts and native advertising are over, as online media needs to find more innovative ways to generate revenue.

This was the overarching theme gathered from those that The Media Online spoke to during its investigation into revenue generation models for online media. Having a hybrid model containing multiple revenue streams is the only way for online media to succeed in these tough times, and each publication needs to look at their priorities, goals and strategy to determine which revenue generation methods to incorporate.

We spoke to some of the online players in South Africa to find out how they make their money and why they choose the methods they did.

When looking at major international online media players a fascinating picture emerges. BuzzFeed gets most of its funding from branded content, while POLITICO Pro has chosen a super high value B2B subscription model. The UK’s The Guardian asks for donations and membership, stressing that this method keeps content free, while Süddeutsche Zeitung in Germany has gone with a freemium approach, staying in the conversation with free news content but selling more in–depth ‘print quality’ journalism online. A major trend to note is that in the US, mobile revenue has for the first time overtaken that of desktop. With the mobile penetration rates of African countries, this is significant.

“These publications have different local markets, target groups and newsrooms,” says Nick Tjaardstra, director of global advisory at the World Association of Newspapers and News Publishers, WAN–IFRA. “Each has a unique voice and must find a unique business model. The tax regime in the US is very favourable for donation models – especially for investigative journalism with no clear ad revenue model. This is not necessarily the same in other countries.”

Tjaardstra summarises: “More than 20 years since the birth of the World Wide Web, there is no magic bullet. Publishers need to understand their own core strengths and manage a complex portfolio of revenue streams accordingly.”

Local media houses are taking this message to heart. Media24, for example, has several ways of generating revenue. Its Afrikaans news service Netwerk24 has a paywall, while all of its online offerings have traditional display advertising, sponsorships, platform-wide programmatic to private buy-side programmatic exchanges, content solutions and native advertising, and database marketing. The group also has transaction-based platforms like Spree, Careers24 and LIA.

Andreij Horn, head of 24.com, explained the thinking behind these offerings. “Our monetisation strategies work because we have invested heavily in the profiling of our online audiences to determine their interests and infer their purchasing intent,” he says.

This is in line with what online media are doing internationally. “The most successful monetisers of online content are rewriting the profitability record books in China, India, Japan, other parts of Asia and in South America. They earn billions of dollars in advertising income, because they are single-mindedly focused on providing their users an engaging experience with highly personalised content, which leads to longer dwell time per user and therefore more opportunities to monetise each of them effectively,” says Horn.

An example of relevant content that has led to success in revenue generation for Media24 is the Beautiful News feature created by News24 and sponsored inconspicuously by Mercedes Benz, it provides a good news story every day.

Horn believes online revenue will continue to grow in South Africa as the country is lagging the world in both the percentage of GDP spent on advertising and digital’s portion of that. Online advertising revenue grew by more than R500 million from 2015 to 2016 to reach just over R4 billion.

Asked for his thoughts on whether established online marketing formats like banner ads and native content still hold relevance, Horn said emphatically that they still have a place. “Google hasn’t been doubling down on innovation in terms of advertising formats. In fact their ads still look basically the same as always… Facebook introduced larger canvas ad formats, but they are for all intents and purposes still banners… The true evolution happened not in the ad formats, but in the intelligence that drives ad performance,” he says.

The maverick of the media space

The Daily Maverick’s main sources of revenue are digital display advertising, hosting and marketing events, contributions from readers and grant funding. Explaining why these methods were chosen, Daily Maverick publisher and CEO Styli Charalambous says, “The days of cookie cutter business models for media organisations are over. Each will follow a strategy for monetisation and sustainability based on a variety of factors specific to them, including how they are funded, short-term objectives, long-term strategies, protection of traditional revenues and readership stage of growth. Put all these variables into the mix and different publishers will choose a different path.” He adds that a paywall may not only be a digital revenue strategy but also “a deterrent to protect print revenues which make up the majority of overall revenue”. Charalambous believes ad-blocking adoption is on the rise and will ultimately be good for the industry as some poor practices are cleaned up.

“Media houses will need between six and eight reliable and significant sources of revenue to sustain themselves in future… ​Media houses will need to become innovators and flexible entrepreneurs to ride out this storm. The South African market has its own set of unique challenges to overlay the global problems all publishers experience but ultimately the disruption should lead to opportunities for a shakeup in the news media space”.

Walter Madzonga, group executive of digital at Independent Media, reveals that like all the other media houses, the group receives online revenue from various advertising formats, using different methods for its different offerings. This includes banner and video advertising, native content and sponsorship. A paywall is also utilised for the IOL App. Madzonga stresses that the bottom line for all chosen advertising methods is adding value to Independent’s readers.

“Different advertising formats will serve a purpose and hold value dependent on the campaign and the marketing strategy, so although CPM for banner advertising is falling does not mean it will disappear or not be valuable to brands,” Madzonga comments.

“Native advertising has shown to provide brands with higher engagement; it also has the advantage of not being affected by ad blockers. Thus there has been increased demand in native advertising.

“Demand in video and mobile, specifically location based, advertising is also on the increase and will be the most popular online advertising formats,” he reckons.

A media house that has focused heavily on its online offerings and how to monetise them has been Tiso Blackstar Group. Revamping the functionality of its online sites and packing local content together with high quality international offerings, behind a paywall, has proven successful for the group. An innovation like a digital day pass, costing R15 that allows non-subscribers and ad hoc readers to access exclusive Sunday Times online content for 24 hours, has increased the success. Head of digital for the group, Lisa MacLeod, reveals that the paywall for business titles has added 15% growth in new subscribers to the paid customer base and the group is on track to reach its 12-month targets in less than nine months.

Alongside the paywall system, the group also generates revenue from programmatic, which has seen double-digit growth, native advertising, and video advertising. MacLeod comments, “Digital advertising is still our biggest revenue stream, but we are moving to actively traded programmatic marketplaces and partnerships to bolster our direct sales revenue.” She adds, “Native content is a growing and lucrative revenue stream that has visible and beneficial results for clients. Banner ads are still our biggest source of revenue although the management of banners is moving in the direction of programmatic, making it easier for advertisers to reach our audiences and verticals more effectively. In terms of pure ARPU (average revenue per user), online subscription revenue outweighs CPM revenue by a factor of hundreds, so it’s a no-brainer to ring-fence our premium content, while still providing free content, inventory and audience for the CPM and direct sales market.”

The group is also incorporating non -online methods to boost its income, having opened The Empire, a functions venue at its new building. This has proven very popular for get-togethers.

The Mail & Guardian still derives most of its online revenue from display advertising, but has over the past two years been developing a paywall. Currently, it has a content embargo system, where readers who pay get to read news a week before anyone else can. But this system is evolving into a metered paywall, which will be introduced in the next couple of months.

Editor in chief of the Mail & Guardian, Khadija Patel, explains: “We really see the future of digital revenue being driven through measures like a paywall instead of relying entirely on display advertising, especially when you consider what is happening around the world with Facebook and Google consuming the vast majority of digital adspend.”

In the near future, the M&G will launch the Adamela Trust, which will allow the public to give donations and the media house to launch crowd-funding campaigns to further the quality of journalism in the group.

“A lot of people are now catching up to the fact that in order for online news to be viable, there has to be some kind of payment involved,” Patel says. “It will always be a hybrid model… By no means will display advertising ever disappear, but rather we have to be inventive around the mix of revenue generation opportunities.”

Utilising a hybrid model of various online revenue generation methods, matched with a media houses’ goals, audience and strategy, is the key to success. Keeping readers engaged with quality content and innovative offerings will also be key.

Tjaardstra summed it up best when he said, “The trend overall is towards complexity and more dynamic models. News publishers need to find new audiences, while retaining their existing loyal readers. Even the simple metered model – for example five articles free per month – has evolved. Different sections may have a different meter, the meter might change day to day to reflect advertising demand, the paywall might be opened or closed to social traffic, or perhaps some articles will be entirely reserved for paying subscribers. In addition, the pricing will be more flexible.

“For the last few years, publishers have started to make strides on digital subscription numbers. The challenge now is to ensure we give maximum value to readers – to make our products more personal, more engaging, more essential than ever. If we can achieve that, the revenue will follow.”