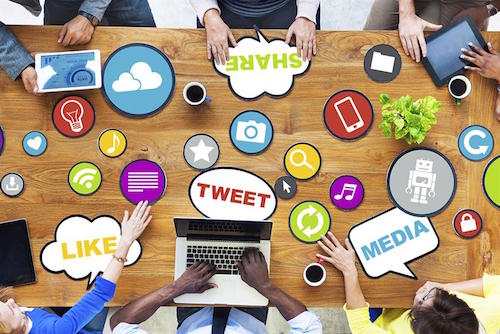 The UK’s ad watchdog, the Advertising Standards Authority, recently warned that some influencers were being deceitful when they endorsed products and brands on social media.

Over a four year period, complaints to the watchdog increased 193%, from 622 in 2012 to 1 824 in 2016, as a result of Twitter and Instagram influencers failing to declare they were being paid to publicise products and brands.

ASA chief executive Guy Parker said, the organisation had received “a small, but significant, number of complaints related to social media stars” and that they needed to work with brands to make sure ads were clearly labeled.

Parker added, “While progress had been made to get well-known figures on social media platforms to be open about paid-for ads, we are still not where we need to be.

“Too often we are seeing content that is clearly an ad and not identified as one. We are trumpeting this a bit and trying to raise awareness … We are trying to deal with cases that come across our desk to provide support, advice and clarity to brands and social influencers so they know when and how to disclose content.”

In the UK, influencers are legally obliged to identify when their endorsements or promotions have been paid for, identified with the required hashtag #ad in their post. If they do not include this, they are in breach of consumer protection legislation.

At present, no official rules governing this form of advertising exist in South Africa. Kirsty Sharman, co-founder of Webfluential, explained that disclosure had become common practice outside of the country. This was in part due to the regulatory bodies in other countries, with the Federal Trade Commission (FTC) in US working hard to get influencers and brands on board with the guidelines that regulated influencer marketing.

She said that in April 2017, the FTC sent over 90 letters reminding influencers and marketers about practices of disclosure, and that social media platforms were trying to make it easier for this to happen. For example, in June 2017 Instagram was working on a feature that would enable users who work with sponsors to tag a brand within their posts. The sponsors would then confirm the relationship and an indicator of this would appear on the post.

There is a mechanism in place

ASA’s acting CEO Gail Schimmel explained that the point of departure for the ASA is to identify whether the influencer’s endorsement falls under the definition of advertising. The code states:

“Advertisement” means any visual or aural communication, representation, reference or notification of any kind –

Promotional content of display material, menus, labels, and packaging also fall within the definition. Editorial material is not an advertisement, unless it is editorial for which consideration has been given or received.

So, in effect, the word “advertisement” applies to published advertising wherever it may appear. It does not apply to editorial or programming publicity. “So most endorsed tweets, Facebook posts and the like qualify – they are communications that promote the sale or use of goods or services. Importantly, even if it seems to be editorial in nature, if it was paid for, it is advertising,” Schimmel says.

If influencers’ content does fall under this definition, then clause 12 of section 2 of the code is applied, which states:

“What it comes down to is that influencers must identify paid for content as such,” Schimmel summarised. “We look to international norms, which require a label such as #ad or #advertising or #paidforcontent. There are some other hashtags that are sometimes used – such as #influencer – which are less clear. We would consider each on a case by case basis.”

If a member of the public feels a social media influencer hasn’t disclosed the compensation they received for promoting a brand or product or service on social media, they can lodge a complaint with the ASA, who will investigate.