Viewability of digital adverts under scrutiny 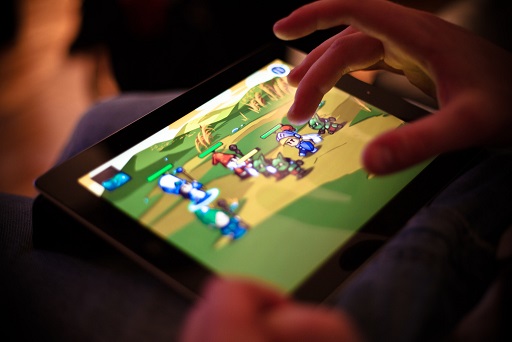 Digital advertising suffers from a major flaw and that’s the status of viewability with adverts being obscured or on screen for less than three seconds.

While more ad spend is spent on television than digital, research findings show time spent watching traditional TV is decreasing while time for the latter keeps going up. Thus, it would thus make sense to shift some of the ad spend into the digital arena.

Both have their challenges. The problem with digital advertising includes non-targeted audience, and intrusive adverts while television’s obstacles include increasing costs, fragmentation of the market, people watching less and a plethora of multi-screening taking place.

Adcolony is making a bold move in the digital advertising space, pushing in-gaming app video advertising. Andrew Kramer, head of sales for Africa at Adcolony, explained: “Mobile offers an intimate screen, people do more on their phones, they are spending more time on them and the data points are getting smarter,” he said.

The untapped potential of app advertising

Data from Flurry, a mobile analytics, monetisation, and advertising company, shows that most smartphone traffic has moved to app. “Apps dominate in terms of time spent,” Kramer emphasised. “When you add Facebook, Twitter, WhatsApp and YouTube, you get to the same amount of time spent as games.”

To support his claim, Kramer said mobile games in all revenue streams last year “equalled global box office turnover of $40.6 billion. Facebook only did $26 billion turnover during the same period. It’s a serious market size that a lot of advertisers, through ignorance, haven’t tapped into”.

The mindset of mobile gamers

A Millward Brown study compared how people felt during their time in a mobile game versus a social app; more relaxed, focused, engaged, and happy were some of the findings. “Social has become a very tumultuous space. Facebook is like a Carte Blanche newsfeed, it’s the Zuptas, Trump, Knysna burning. It’s a heavy place,” Kramer said.

The study also looked at where consumers are most receptive to advertising and mobile gaming came up tops. The reason is because the consumer opts in to view the video advert, as they receive a reward for their participation. Video adverts are placed on games which usually have an in-game currency that needs to be collected or built up in order to progress in the game. Either the gamer has to wait a certain period to receive the currency or they can pay using real world money to add to their in game currency. Now the option has become available for them to simply watch a 30-second video advert and then they receive in game currency for free as a reward.

Flurry data also reveals that people of all ages are playing mobile games, including older people over the age of 55, who are using tablets to play the games they grew up playing, including Bridge, Backgammon and Solitaire. “72% of women say they don’t consider themselves a gamer even though 59% have played at least 10 times in the last week,” says Kramer.

He emphasises that, at the end of the day, it’s all about attention and attention is a very simple idea, it means noticing something; consideration with a view towards action. Television does this successfully because adverts stop the content, take over the entire screen and tell a story through sight, sound and motion.

The same characteristics apply to mobile gaming, along with a receptive consumer mindset, an opt in/opt out function and HD quality, which makes this platform ideal for advertising.

Kramer cited five key pillars which should drive a mobile video campaign. “If you are going to move money off television, which is really what mobile video is doing, you should need five pillars before moving that money, otherwise keep it on TV, he said. These pillars are:

Kramer has strong views when it comes to the methods the Interactive Advertising Bureau (IAB) utilises to measure viewability of adverts. “The IAB has done us all a disservice; the IAB has got viewability completely wrong. Firstly, the IAB doesn’t really care about the advertiser, they represent publishers largely. The metric they came up with is a disgrace,” he said. “The method states that if an advert is 50% viewable for more than two seconds then the client should start paying.

“If a client took a full page print advert and only half of it was printed, would they pay? No. If a client took an OOH advert on a billboard and half of it was hidden behind a tree would they pay? No. How can we think digital deserves to get the money it wants, if it is going to behave like that? There’s no integrity or value for the client in that method,” he said.

“TV and radio behave like adults and digital behaves like the petulant brats, it’s take it or leave it … Digital is like pigs at the trough, it’s nonsense … Viewability is where it goes wrong”.

Kramer went on to rank how the digital players stack up in terms of the viewability of their adverts. YouTube is the best because their adverts are actually viewable, but the platform has huge inventory and brand safety challenges and sometimes low completion rates. “To YouTube’s credit, when the whole viewability challenge came last year, they behaved with real integrity, switching their pricing to 30-seconds plus. They did mobile a service. Facebook continues to do a disservice as they are not giving clients value,” said Kramer.

He gave credit to Facebook’s Carousel Ads as it is an opt-in advertising system, that completely engages with consumers, but said of normal Facebook advertising, “At no time did it stop the content, take over the screen and have the viewer’s attention. And Facebook is telling clients its value as the advert was in view for three seconds.”

Kramer added that Twitter was never meant for video advertising as it was built as a newsfeed, and the adverts don’t expand to full screen and there’s no sound unless clicked.

Adcolony only deals with first party suppliers and its software development kit (SDK) sits in 16 000 of the top 20 000 apps in the world. The company focuses on the top 1 000 for brands because that’s where 80% of the time is spent, so the SDK is ingrained in 594 of the top 1 000 apps. The only company to have a larger SDK presence than Adcolony is Google.

With such a huge inventory, there are an estimated 60 million to 100 million completed views per month in Adcolony’s eco-system. A cost per completed model of 90 cents per 30 second advert is utilised by the company, meaning if the gamer doesn’t completely finish the advert, the client doesn’t pay. The company’s completion rate averages 80%. “You only pay if you get the value,” Kramer stressed.

An advertising campaign can be customised by the client, including such elements as frequency caps, chosen times during the day or night to run the advert, and consumer interests.

The system creates audience buckets, which the 6.5 million average monthly unique users are placed in depending on the apps they use and their interests. They can either be placed in one or multiple buckets. If a person uses any one of Adcolony’s 16 000 apps, the company is able to pull four data points off the user’s phone: what ads they looked at, what content they browsed, an app DNA based on apps they utilised, and mapping of the user’s locations. “Based on your behaviour, you get thrown into an audience bucket or multiple ones,” Kramer explained.

Adcolony scores 100% on every Moat data point, and the company gives Moat feedback for every campaign it runs.

Research conducted by Adcolony showed peaks in mobile gaming occur during primetime television, illustrating the extent of multi-screening taking place. A mad haze of activity from 07:00 onwards occurs on weekends and huge activity occurs during school time and from 21:00 – 23:00 at night, showing that people of all ages are mobile gaming.

Asked how they know gamers are not walking away from their phones or turning them upside down when the video advert is playing and not consuming the content, but still getting the reward, Kramer pointed to the post video interaction analytics which highlight high engagement levels. But the truth is, there is really no way of telling, similar to how television advertisers can’t tell if the viewer is using their ad break for a bathroom visit or making tea.

A new offering, launching in January, from Adcolony will continue to change the mobile video advertising landscape. Aurora is a new SDK which will allow the creation of interactive video so consumers can engage with the video, maximising their attention. Insertion of hotspots into the video, 360 degree videos, and drag and drop technology can now be included.

Adcolony also recently launched ‘To Be Continued’, which links a video advert that is longer than 30-seconds to the in app 30-second advert. The client does not pay for the inclusion of the longer advert, only the 30-second one in the app, and only if it has been viewed to completion.

Kramer ended with a parting message to digital advertisers: “Use the platforms for what they’re good at. Just because Facebook and Google are so big doesn’t mean they should be doing everything for you. They can do a lot for you and deserve to be getting the bulk of the spend, but there’s still a lot of other quality suppliers against different KPIs, that you should be using.”