How to use various mobile ad formats to amplify your marketing 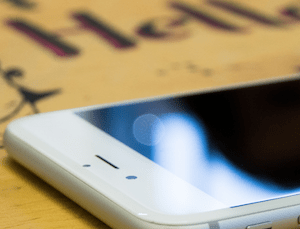 There is no correlation between clicks and brand upliftment in a mobile marketing campaign, as it’s not a holistic view of success.

That’s just one of the takeaways from 24.com’s mobile advertising study, the results of which were released on Thursday.

Gareth Lloyd, head of research and analytics at 24.com, gives the other key lessons coming out of the survey:

He adds that animated GIF was an all-rounder that performed well against all  metrics, while video was quite high on overall brand uplift, and static image was surprisingly strong across total brand uplift.

The study was conducted by 24.com in partnership with Swedish company, Brand Metrics. The company’s CEO, Anders Lithner, explains what the mobile advertising landscape looks like in the Scandinavian nation:

Eleven different brands, with 79 different campaigns, were included in the study and four KPIs were generated from a single question, those being brand awareness, brand consideration, brand preference, and action intent.

Almost 23 000 surveys were completed, with over 26 million impressions.

“The central issue we were trying to address with this study was that, 85% of our page views are sitting on mobile, but 43% of our revenue is attributable to mobile, so there’s this gap between the actual time in device and consumption in device and the revenues it fetches,” Lloyd says.

Other takeaways from the study

Across 79 campaigns, mobile advertising resulted in an average brand uplift of 7.9%

There is no real relationship between brand size and purchase intention lift, although international benchmarks suggest something different