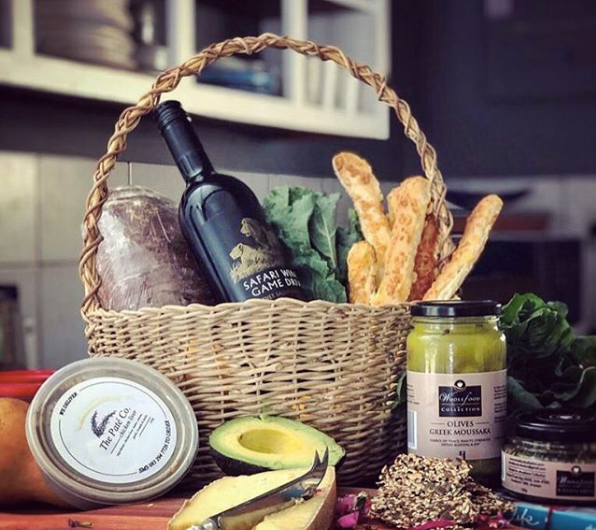 I recently had the remarkable privilege of travelling to Limpopo to explore the nooks and crannies of this region beyond its popular tourist spots.

I had heard a lot about the region’s villages and organic fresh produce, the pride of the Venda people, and of course the popular Kruger National Park. I had so many expectations of clean air, vast lands of greenery, thatched round huts and a wealth of culture/tradition. But what I found was entrepreneurship and development.

With my bags packed, sunglasses and hat on, I snuggled into the back seat of the 12-seater minibus. My imagination was running wild – what will I see and learn and how will I feel? On the other hand, I was also quite eager and hopeful to make a meaningful impact in the lives of the people I was going to meet.

The bottom line is, this was an immersion, a work outing, and I had to come back with insights.

The drive started on a major high with the other seven women I was travelling with also extremely excited. It was a beautiful Mandela-Winter’s Day and we were going to experience summer for two days in the sunny region of Limpopo – hello Girl’s Road Trip.

The drive was long and as soon as we made it into the outskirts of Limpopo, we immediately felt the temperature change and we started peeling off our layers. Looking out into the beautiful landscape, all I could see was vast spans of farming land, mountains and terrain. So far so good – exactly what I expected, but no round thatch huts (surprised emoji) – I had to remind myself that we were still in the outskirts and they were yet to come.

Much to my continued surprise, during the entire trip I didn’t see many of these huts. The greater region was buzzing with property development – bricks and cement is all I could see. After refuelling our tank and tummies in Polokwane, we got back on the bus and delved deeper into the province, going into Elim and then proceeding to Thohoyandou, where we camped for the night.

Our exploratory antenna’s rose early the next day to continue in our pursuit of more knowledge – heading into the heart of Thohoyondou first. We then departed to Giyani, but nothing could dampen our spirits because we were inspired by everything and everyone we saw. From Giyani we headed back to Polokwane, which was to be our last highlight before heading back to the buzzing streets of Jozi.

From my personal standpoint, I had completely misconceived Limpopo. I had commonly known it for its beautiful bushveld and wildlife reserves (kinda like how most people outside Africa think we cohabit with wildlife). Embarrassing I know, but I was one of those people (giggle emoji). People born in Limpopo have taken pride in the growth of their region and have a strong entrepreneurial spirit. They will go out to neighbouring towns seeking jobs or business, but they always bring their wealth and knowledge back home. The adage ‘home is where the heart is’ is fully illustrated here.

I could not have wished for a better immersion, it was definitely the most eye opening and enjoyable learning experience I have gained in a while.

Evident in the non-existent thatch dwellings (although they call their home towns villages), real estate is rife and boasting self-upliftment. With the region’s productive, fertile soil citizens have managed to feed themselves and their major cities through farming prowess.

We witnessed a lot of uplifted families, massive real-estate in homes and business centres, communities that are striving and pursuing the same lifestyle trends “we” only thought belonged in Sandton.

This is not to say that there is no poverty, but the scales are definitely shifting – wealth in Limpopo is not just money in the bank; it is culture, land, livestock and the art of small businesses.

Development was a definite surprise, but I have to say that one thing that didn’t disappoint was the amazing friendliness and respectfulness of the people. They were very welcoming to our team, we were constantly greeted with a lot of smiles, not sure what it was about us but it was pretty obvious that the locals could see we were not from around there. I guess we stuck out like sore thumbs because none of us could speak the local languages (language barrier is a real thing yoh!).

The pride the locals have in their culture and dialect is so incredible. Nightlife in Limpopo on the other hand is not the hive of activity and dress up like it is in Johannesburg but dining and takeout takes up a lot of the free-time option. Their malls boast of ‘leg-room’ (so much space in bathrooms☺) and aren’t cluttered with in-mall advertising, which to a marketer’s eye is actually an eye-sore LOL. I could go into the intricacies of the alarming differences and discoveries, but that would require another article ☺.

I could not have wished for a better immersion, it was definitely the most eye opening and enjoyable learning experience I have gained in a while. My expectations were overly met and as much as I love the buzzing sound of the big city and its lights – I would love to retire in such a calm and humming ‘village’.

Chipo Mujuru is a digital media strategist at The MediaShop