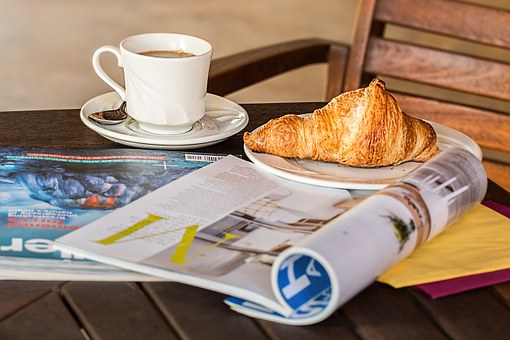 Advertising campaigns viewed within a trusted editorial environment yield significantly better results for attention and viewability than the industry standard.

That’s the word from the World Media Group (WMG), which represents media brands such as Bloomberg, Business Insider, TIME magazine, Forbes, and The Economist. The research and analysis delved into engagement across display desktop, mobile and video.

“We can collectively prove that the value of the written word, being consumed and trusted in a quality environment, delivers one of the most effective returns on investment,” says PRC CEO, Josephine Buys.

The PRC was established in 2016 when four of South Africa’s top publishers formed an alliance to demonstrate that publishing is recognised as a trustworthy, brand-safe environment for advertisers.

Buys points to ongoing crises around big tech, data breaches and the spread of fake news via social media platforms, as well as issues stemming from advertising being placed on channels alongside content promoting hatred, racism and even child pornography.

“In light of several tech giants recent PR crises globally, but especially in the UK with the findings of the Cairncross Report earlier this year that covered disinformation and fake news, among other issues, there is no better time to remind both consumers and advertisers that they can read and trust long-standing, trusted news brands,” Buys said.

Findings underpinned by respected, global, research houses have proved the value of uninterrupted attention that leads to recall and quality engagement, something advertisers depend on.

In a media and advertising environment in which margins are shrinking, “clients want accountability and brand safety”, says Buys. “Publishers can offer that.”

She believes that the publicity surrounding poor quality content and fake news has resulted in consumers becoming much more aware of what are trusted sources of information and those that are not.

But when it comes to media buying, not all planners are on the same page, especially the younger ‘digital natives’ who tend to not prioritise print and publishing brands in their media plans, perhaps lured by digital’s promise of measurability.

“Our mission at the PRC is to prove the value of trusted media brands by conducting large scale research, building reliable sampling, proving the relevance of such research, and making it freely accessible to media buyers and marketers,” Buys says.

This approach is already bearing results. By pioneering media research fusion with the Publisher Audience Measurement Survey and its readership data and Nielsen’s Consumer Panel, the PRC has access to a wealth of readership and consumer data.

At a fundamental level, the research shows that while only half of South Africans read newspapers and magazines, the percentage grows higher as it moves up the Socio Economic Measure (SEM) scale. In the top 10% of the population, 77% read, “demonstrating that reading is the key to success and a better life”.

For advertisers wanting to tap into the top SEMs, this statistic alone proves that trusted media brands deliver ROI and build brands.

* Link to the study