It’s a wrap: Everything media research discussed at this year’s #PAMRO2019 conference 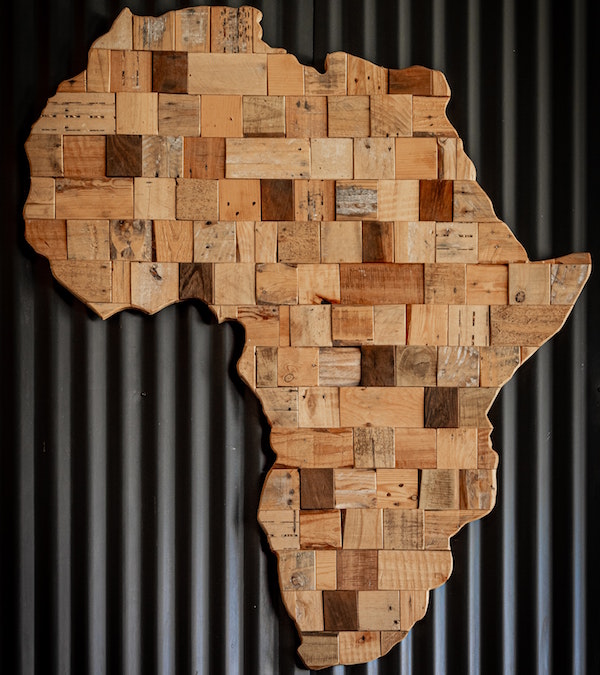 Held at the Hilton Hotel in Flic-en-Flac Mauritius, the Sunday evening played host to a fun welcome evening, sponsored by Ipsos, which involved networking, drinks, snacks and a giant game of musical chairs.

On the Monday morning, the first day of the conference opened with PAMRO executive Jennifer Daniel and PAMRO president Sifiso Falala welcoming delegates.

They then introduced the keynote speaker for the conference, South African Chamber of Commerce and Industry CEO Alan Mukoki. He touched on many topics during his address, including data-driven research, business risks, politics and inclusive development and growth.

One quote in particular stood out, “”We can’t leave masses of people behind because we think we can build economies without them. We need to build inclusive economies … It’s important to focus on inclusive economic growth and job creation. It doesn’t help that the rich get richer. Inclusivity is a business opportunity.”

Advances in technology and its impact on research

The second speaker was Oresti Patricios, founder and CEO of Ornico Group, and PAMRO’s treasurer. He spoke about the impact of a cybernetic future on marketing.

“More ad inventory will be created by augmented reality, data, 5G, virtual reality and holograms in future … A new set of real time analytics will be required for advances in tech. Connecting them will also be important, as will tracking the consumer’s journey,” he said.

But he stressed that data, which he referred to as the most valuable commodity in the world today, needs to be shared and transparent, as well as protected and not used for nefarious reasons.

“Higher speeds and much more data will be realities of the new world. The big challenge is how, as researchers, we control this and cope with the mass of data,” he added.

During his presentation, Patricios showed a fascinating video example of holographic technology being combined with language translation software to allow a conference speaker to deliver a presentation in Japan, while not even being in the country and not even being able to speak Japanese.

The next speaker was James Ingram, CEO of Splashlight and Telmar. His talk, around the use of artificial intelligence in leveraging marketing and creative processes, stressed that digital anthropology is the future.

This term refers to the anthropological study of the relationship between humans and digital-era technology.

“Digital anthropology is real, authentic human emotion and artificial intelligence can be used to map it,” began Ingram. “People want personalised service and marketers want innovation, but it has to be done in the right way,” he added.

His advice to brands is that they need data scientists to specifically analyse data and give recommendations, as not just anyone should be doing it, as well as the fact that human science needs to take the main stage when it comes to how data is reviewed.

Following a tea break, television audience measurement was in the spotlight, with two presentations. The first one, which generated a heated discussion after it, was delivered by Keld Nielsen, global strategic director for Kantar UK.

He began by emphasising that “television is not dead. Certain established players are struggling, but in the world we live in, it’s just having babies”. These babies are the various new ways that people consume television content, as well as the methods that broadcasters are coming up with to diversify and financially secure their businesses.

The comment he uttered which started the debate was, “Taking South Africa out, I used to say the remaining 53 African countries don’t do currency measurement because they couldn’t afford it. I’ve changed that view over the years, because now we’ve been speaking about it for the last 15 years, and I don’t think they want it. I don’t think the industry in Africa wants the change.”

The next speakers in the television audience measurement slot were Sanjay Rozario and Milind Sattur, senior vice president of commercial and senior vice president of business development respectively, at the Broadcast Audience Research Council of India. They revealed the process and strategy of their country’s television audience measurement body.

“The way we have raised funding is through bank loans, but broadcasters serve as assurers on those loans,” said Rozario.

“Our products have been designed to cater to at least one of the stakeholders; broadcasters, advertisers, customers,” added Sattur.

They revealed a new advertising effectiveness measurement model that the company has developed.

While segmentation by consumer type is not new to the audience measurement and targeting sector, the company’s new model applies it to the adverts, rather than the audience.

“Instead of applying segmentation to the audience and people, we came up with applying it to the ads. In other words, how people react to advertising, segmenting the ads themselves into different categories of emotive reactions,” explained Pretorius.

Next up to take the stage was Jonathon Wells, managing director for data science at Nielsen International Media USA. His paper focused on the benefits of fusion of data sets , and why this is the future for all media research.

“Single source measurement has been a hallmark of the research industry for years. They have been good data sources, as they have given us granular information … But fragmentation has created so many permutations and combinations, which puts single-source data at risk,” commented Wells.

He believes the challenge is to bring various data sources together, and optimise and rationalise them, which is where fusion is the perfect solution, as it allows researchers to address the concerns of cost, fragmentation and multiple data sets.

“Sample-based measurement remains the bed rock. But it faces risks in a fragmented world. Fusion continues to evolve and we continue to see the benefits of it,” he concluded.

The final presentation of the first day of the conference was given by PAMRO executive Jennifer Daniel. She took attendees through the data that was available on the flash sticks that they received, which included country reports on 26 African countries. These comprehensive reports cover socio-economic data for the countries, reports on their research, media overviews and much more. New countries were also featured in the reports, including Cameroon and Egypt.

Relaxation and a beach party

Attendees were then given the rest of the afternoon to relax, explore their surroundings, and network, before a beach party, sponsored by Nielsen, concluded the day’s proceedings.

Here are some pictures from the first day of the #PAMRO2019 conference: