LATEST NEWS
Home Advertising Vusi Thembekwayo: ‘They don’t have a long-term strategy because there isn’t a long-term in today’s world’

Vusi Thembekwayo: ‘They don’t have a long-term strategy because there isn’t a long-term in today’s world’ 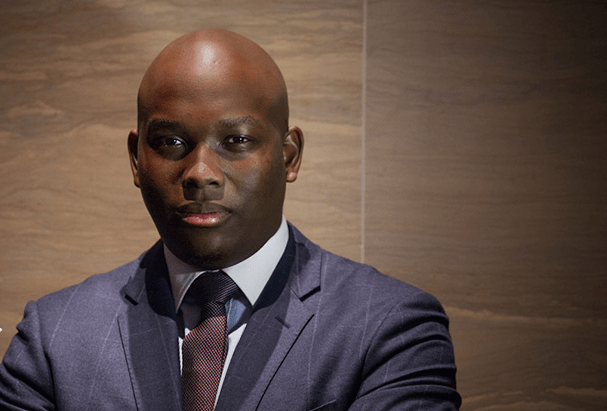 In this rapidly changing world of business, brands need to be agile. Stepping away from their strategy is one way of achieving this.

This is the view of entrepreneur, venture capitalist, and speaker, Vusi Thembekwayo, who delivered a presentation at an event recently hosted by The Media Connection.

Advances in technology and the ever more common introduction of automation and robotics are forcing businesses to rethink their approach, said Thembekwayo. He used retail as a perfect example; overseas shops no longer have people as cashiers, but rather rely rather on machines. This trend is coming to South Africa.

“Between this year and 2021, Pick n Pay will get rid of most of its cashiers. They have 18,000 of them. What do you think other retailers will do when Pick ‘n Pay does that? They will do the same… Today, there is nothing a machine can’t do if it’s rules based,” he explained.

The world you know is dead. It’s over, the chickens are dead. You know that strategy you wrote? We don’t need it anymore.

Addressing the marketers in the room, Thembekwayo emphasised that these changes were affecting everyone, and with some clients taking services in-house – including conceptualising, creation of creative, scripting, and execution – agencies needed to rethink their approach.

His advice: “We did really great creative stuff on the ground, including activations. But the first thing companies cut in terms of spend is marketing… The shift I think, is get out of the world of creative. Because if you’re still worrying about what the font is, and what the colour is, then you’re fighting a war that no one is attending.”

Money is moving away from creative to content and distribution, said Thembekwayo, emphasising that marketers needed to follow this move.

Brands should react with agility to cope with the rapidly changing world, and one of the ways to do this was to not rely on the brand’s strategy.

“We’re running campaigns because it’s strategy. It’s written in the document so we are now bound to it and absolutely have to do it… Catch the trends, leave the strategy. Because if you have a strategy based on thinking and the trends shifted, then what’s the point?” Thembekwayo asked.

Marketers still target the old type of audience using demographics, when they should be using a new way, he said. “The world has become so connected and insular that demographics are dead… It’s now psychographic… We love talking about our average consumer in terms of gender, race, age, but now I get views on my videos from someone in Kazakhstan, someone I have nothing in common with demographically,” he said.

Watch out for digital competitors

While people say Netflix is a competitor to MultiChoice, Thembekwayo believes this is not the case. He stressed that digital platforms like Facebook and YouTube, who are now venturing into the original content creation game, are actually the biggest competitors, especially when their reach is explored.

Limited runs of products are becoming the new craze, with Nike’s 90 day sprint a prime example. “They don’t have a long term strategy because there isn’t a long term in today’s world,” commented Thembekwayo.

“You can rewrite the rules, but the difficulty, particularly working in large corporates, is that we’re rewriting the rules in a space where the rule environment is already framed,” he elaborated.

Thembekwayo’s main takeaway message for attendees was poignant: “The world you know is dead. It’s over, the chickens are dead. You know that strategy you wrote? We don’t need it anymore.

“We make assumptions about our consumers which guide our approach, but that world is dead, this is a completely new world. It’s converged, singular, one. The biggest mistake not to make is to undermine customers at the base of the pyramid, because you presuppose upon their consumption spend.”

Other speakers included DJ Sbu, Trinity, and Abundant Media’s Nkopane Maphiri. To see a summary of their talks, click here. Live broadcasts from Massiv Metro and Mix 93.8 FM also took place at the gathering, as well as prize draws for airtime on the stations.

Here are pictures from the event: