The message is now the medium

Posted By: Federico De Nardison: May 03, 2019In: Video and Audio
Print Email 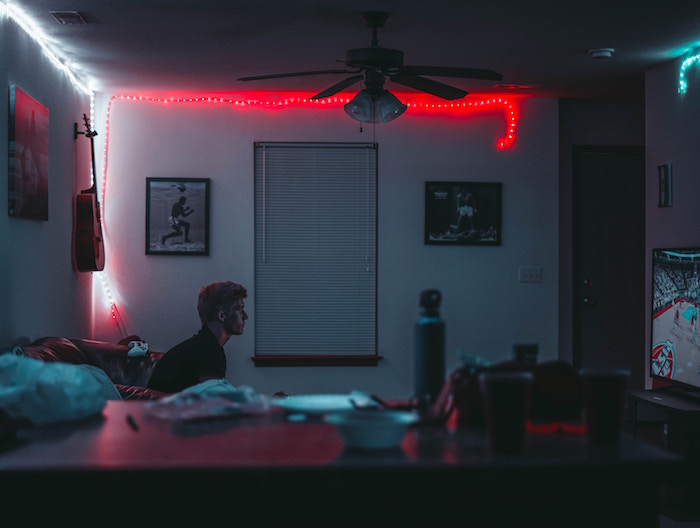 Content has finally taken the lead over the delivery medium. Linear, live TV has its strength in sport and news, but viewership of all other TV shows in their live forms are declining, but they might have success on other platforms and live longer thanks to time-shifted viewing.

We’ve been reading, listening to, and viewing the sad news that TV is dead since the start of the digital era. It is a very divisive topic with a strong ideological contraposition. We’re not going to follow that route, but are trying to make sense of the current complexity from an advertiser point of view. And in doing so, extracting ideas, analyses and full content from a GroupM global publication, The State of Video, written by two of the smartest minds in the global media industry: Adam Smith and Rob Norman (published in November 2018).

Let’s consider the different forms of TV and video currently at play, and what will affect advertisers the most. Linear TV ratings continue to fall worldwide, but TV is still the best and most effective reach medium.

Big advertisers are not leaving linear TV, yet. On the contrary, in developed markets there are many new entrants in direct-to-consumer businesses that have exhausted all the reach and awareness performance media has to deliver.

Over the Top (OTT) and Subscription Video on Demand (SVOD) viewing continues to grow and there are early signs they might replace, and not just complement, linear TV viewing within households. Netflix, probably the most successful of these services, has already reached 190 markets.

Increasing data application to linear TV is supporting more accurate audience planning, but addressable TV is only really available at smaller scale in the United States.

When we consider the full video ecosystem, though, the constant growth of the three global giants – Google, Facebook and Amazon – seems to pose the biggest threat to linear TV because they:

But they still have to convince the biggest advertisers that they can offer a brand safe environment, and not enter into the viewability measures that keep them and linear TV miles apart. What they have already achieved though, is that they are serving a medium-long tail of companies that never had access to linear TV.

The State of Video authors predict that the video marketplace will reconfigure itself from serving a few hundred large advertisers to a few million small ones.

Impact of tech on behaviour

When we consider how technology has affected people’s behaviour, it is the availability of larger bandwidth at lower costs that is having the biggest impact. Smartphones and mobile devices have become the default screen anytime, anywhere. More bandwidth allows more streaming and is clearly favouring the subscription model with Netflix and all SVOD services taking precedence over traditional pay-TV, which is still cable or satellite based.

Traditional news brands – The New York Times, The Wall Street Journal, among others – are finally seeing profitable subscription models, thanks to a mix of video, static content and measurable and safe environments.

And so is the music industry. Music downloads will disappear shortly in favour of subscription streaming services such as Spotify.

How does this affect advertising? In a big way, because most subscription models can and will be advertising free. Like Netflix. Or they can offer cheaper subscriptions with some advertising and more expensive ones without any advertising. This is already a reality, and will alienate a relevant and affluent audience from advertising opportunities.

Therefore, advertisers will push more and more to get unduplicated viewing measurement across all screens and channels, which is an objective that is still a few years away.

In the meantime, we must minimise duplication across linear, OTT, SVOD and addressable TV to achieve effective impressions at the lowest opportunity cost.

But we are still facing two different systems – traditional and modern – with separate currencies. The future will most probably force traditional TV to become more digital: targeted, automated and optimised.

Takeaways for the State of Video Report

Video, and TV in particular, is overly associated with top-of-the-funnel, “faith-based” marketing that contrasts with fact-based alternatives in pure digital environments. As data becomes applied to TV in its linear, OTT, VOD and addressable manifestations, the “fact gap” narrows.

Perhaps it’s better to get back to basics. The purpose of advertising is to create demand and then harvest it. All channels have the potential to contribute to both. They do that best when they create a great user experience for both viewers (users) and advertisers.

As markets have become fractured, too much time has been spent in pursuit of single-channel metrics (“my search budget performed better than your programmatic spend”), and not enough time has been focused on cross-channel allocation, optimisation and attribution.

This is the only way the market stands a chance of correcting the interruptive deficit. The marketer’s incentive is to make more money by selling more stuff more efficiently. That’s a holistic goal requiring holistic strategies and tactics.

This is where media agencies continue to deliver value to their clients.

(Based on the State of Video study published by GroupM Global in November 2018).

Federico de Nardis is the CEO of GroupM sub-Saharan Africa. He was most recently CEO of Maxus Europe, Middle East, and Africa.