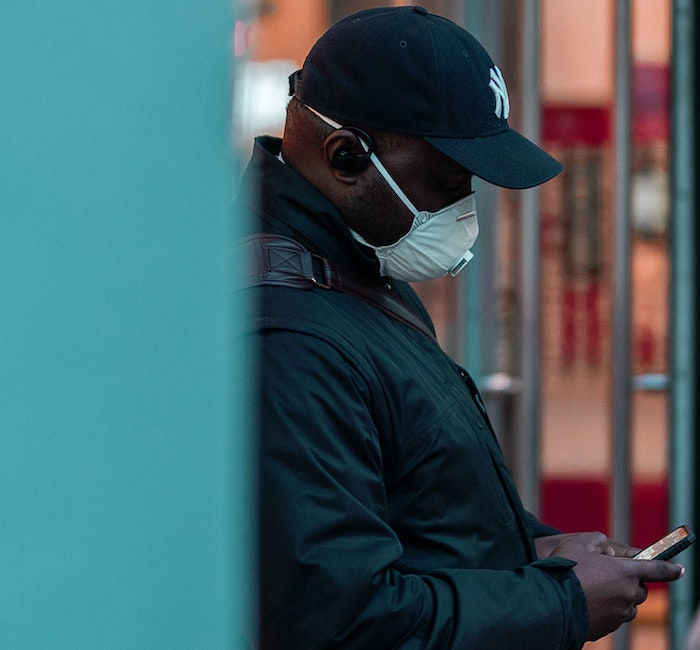 Little did anyone working in a South African newsroom at the end of 2019 know how a virus spreading rapidly in remote China would end up disrupting our entire industry within just a few months.

The effects of the virus arriving in South Africa, and the initial hard lockdown enforced nationally from the end of March 2020, were soon felt deeply in both print news publishing and its digital equivalent, but for very different reasons.

First, the bad: the lockdown brought print distribution of many newspapers and magazines to a standstill as printers and distributors shut down and routes were cancelled or suspended. Even worse, where these publications did make it to shops, there was no one to buy them as consumers stayed home.

More unwelcome news arrived on the advertising front as many clients clamped down on their marketing budgets while their operations were closed, staff sheltering at home and customers missing in action. Advertising revenue from print products still makes up a significant share of South African publishers’ income, so the double whammy of disruptions in both ad and sales revenue claimed the scalps of a number of publications, in particular among magazine titles.

The disappearing ad revenue wasn’t unique to print: news websites were affected too, but the picture was quite different. South Africans turned to their devices in droves to keep up with the latest news and insights about the Covid-19 pandemic and lockdown, leading to an unprecedented rise in web traffic to most of the country’s news publishers.

For publishers who already had a paywall at the time, there was a noticeable increase in digital subscriptions too – both from new readers and of course from print readers who could no longer get their daily or weekly read in physical format.

Three months later, by July, the surge of public interest in digital news started to ebb, but the change was irreversible: thousands of readers had been forcibly weaned from their print reading habits – quite possibly forever – and a resounding vote of confidence had been given to South African news websites, proving (or so we hoped in our industry) that consumers chose proven news brands over fake news on WhatsApp and social media.

These changes were disruptive enough to be documented formally, so it was a welcome decision by the IAB SA Research Council to launch the online news consumption and behaviour survey on IAB SA publisher members’ websites with the help of Narratiive, the IAB SA’s official measurement partner.

As publishers, we wanted to know where readers got their breaking news from (websites, TV, social media, radio etc, on websites or apps), but importantly also how much they trusted these news sources – an important factor at a time when fake news about the pandemic was rife. Also, to what degree were consumers aware of the main news websites in the South African industry, and how had their behaviour changed in relation to the various news sources – were they using each source more or less often?

It was also an opportune time to ask about readers’ subscriptions to online news and to other digital products such as streaming video and music services: did they have any, and how did they feel about having to pay for such services? If they refused to pay, what was the reason?

The South African Online Audience News Consumption and Behaviour Report now presents useful insights into all of these topics. For example, nearly a quarter of respondents said they would at least consider paying for online news if presented with the right offer, which is an encouraging finding for South African publishers who have to find sustainable digital revenue beyond the limited growth typically seen in online advertising revenue.

The aim is also to run the survey annually to monitor how usage of online news, the level of trust in digital news providers, and readers’ propensity to subscribe digitally evolve from here on.

The survey was also launched separately on the Moya data-free platform accessible to Android device users in South Africa, and thousands of Moya users responded too. That data set paints a picture of a section of South African society very different from the population segment already visiting regular news websites and apps: in general, these respondents fell into lower-income categories en masse and were extremely sensitive to the cost of data.

The results will be published in a separate report by the IAB SA Research Council soon to enable comparisons between the existing, easily targetable news market and this underreported and often excluded market of news consumers.

The members of the IAB SA Publishers’ Council would like to thank everyone on the Research Council and at Narratiive, Nielsen, the Publisher Research Council, Ornico and Mediacom who helped make this research a reality.

Riaan Wolmarans is head of digital: media at Arena Holdings and chairman of the IAB SA Publishers’ Council.